EC Comics was in high spirits in 1954. The company was promoting impressive titles in the realms of sci-fi (SHOCK SUSPENSE STORIES) and war stories (FRONTLINE COMICS, TWO-FISTED TALES). Its greatest market, however, was the horror field, with titles like THE VAULT OF HORROR, THE HAUNT OF FEAR, and its most famous title, TALES FROM THE CRYPT. With haunting tales of murder, twisted morality, and dark figures stepping out from the shadows, EC was gleefully selling copies to the eager youth of America. 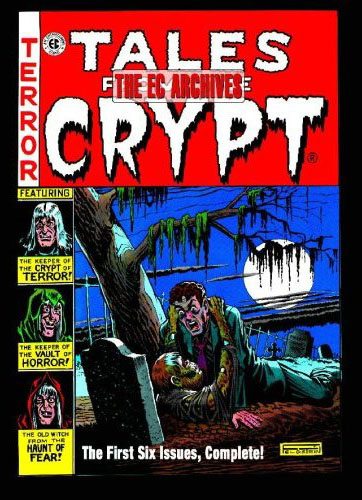 Then, all that changed thanks to the Comics Code.

The Code was the brainchild of the Comics Magazine Association of America, formed in response to years of widespread criticism of comic books and other media that supposedly promoted juvenile delinquency. Dr. Fredric Wertham’s work and public statements (the“Horror in the Nursery” interview conducted by Judith Crist and his novel “The Seduction of the Innocent”) accused comics of having so much negative content, Senate hearings were actually held to debate on the subject. The industry stood at a dangerous crossroads which could lead to the government actually controlling and censoring their product. In order for comics to retain control of their product, they needed to find a way to appease the angered public on their own, without waiting for government to take their industry away from them. EC Comics, which had contributed to the problem perhaps the most, was already finding a solution.

EC Comics’ publisher, William Gaines, had been part of the Senate hearings and argued that the medium wasn’t disruptive to American youth (“Do we think our children are so evil, so simple minded, that it takes a story of murder to set them to murder, a story of robbery to set them to robbery?”). To help save comics, he had helped to form the CMAA in the hopes that the comics industry could regulate itself. Charles F. Murphy, a New York Magistrate, who also specialized in juvenile delinquency, was brought in to find a solution. His answer came when he created the Comics Code Authority to regulate and control comic book subject matter. The Code (which was based on an earlier, unenforced code set up by the Association of Comics Magazine Publishers), forbade any kind of sexual innuendo in comics but also had restrictions on how kidnappings and weapons could be portrayed. Violence was also greatly toned down and drug use of any kind was prohibited. The most harmful effects to publishers, however, hit horror comics. The Code literally banned publishers from using the words ‘horror’ and ‘terror’ in their titles, as well as ‘gruesome illustrations,’ which was essential to good horror tales. Even worse, vampires, werewolves, ghouls, and zombies were now expressly off the table for any comic book story.

Read: Check out our review of VINCENT CROSS, VAMPIRE HUNTER!

To say this hit EC hard would be an understatement. Within a year of the Code’s implementation, EC couldn’t make a profit. All books, with the exception of MAD Magazine, were canceled. MAD, full of parody and insanity that should have broken every bit of the Code, only survived because Gaines had it converted to a magazine format, which was out of the Code’s jurisdiction. Gaines, who had seen his ideas for self-regulation turned against him, believed that the Code had been set up to ruin him, as the restrictions on title words focused on his three biggest titles—VAULT OF HORROR, TALES FROM THE CRYPT, and CRIME SUSPENSE STORIES. He found the Code itself to be hypocritical and refused to submit to it. Eventually, due to the financial hardships the Code and his reputation placed on EC, Gaines did try to publish titles through the CCA. Those efforts, called the NEW DIRECTION, unsurprisingly failed commercially and EC continued to struggle, largely surviving because of MAD and investments from Gaines’ own fortunes to hold off debt. Gaines was also quoted in 1983 by the Comics Journal as saying that “The word had been passed to the whole sellers—Get im!”

However, Gaines continued to fight with the CCA. In 1956, Gaines had another battle on his hands when the CCA ordered alterations to the sci-fi tale, JUDGEMENT DAY. The story concerns an astronaut, representing the Galactic Republic, who lands on a planet of living blue and orange robots who practice bigotry among each other. The story drew problems because the astronaut, who leaves lamenting the robots, is revealed to be black. Gaines ranted over making the astronaut white, as it ruined the point of the story. Gaines threatened lawsuits and various other actions (with fairly unprintable language) until the story was allowed to go through unaltered.  However, this was the last non-MAD story EC Comics ever published. 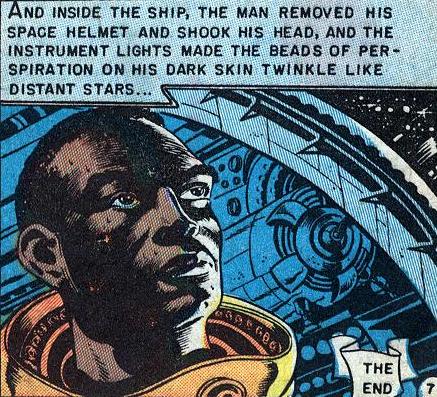 The legacy of EC’s comics would not be forgotten, despite the CCA. The classic issues of horror and suspense have been reprinted by publishers since the 1960s, and collections such as THE EC HORROR LIBRARY are still in print today. EC’s influence was also seen on the silver screen, when TALES FROM THE CRYPT and VAULT OF HORROR were licensed for a pair of anthology films. These films were, of course, made of stories based on classic EC comics (though strangely not any from VAULT OF HORROR). Other horror icons have also paid tribute—Stephen King and George A. Romero’s CREEPSHOW and its sequel are both anthologies done in the style of EC Comics. CREEPSHOW even goes so far as to literally use a comic book as a framing device. 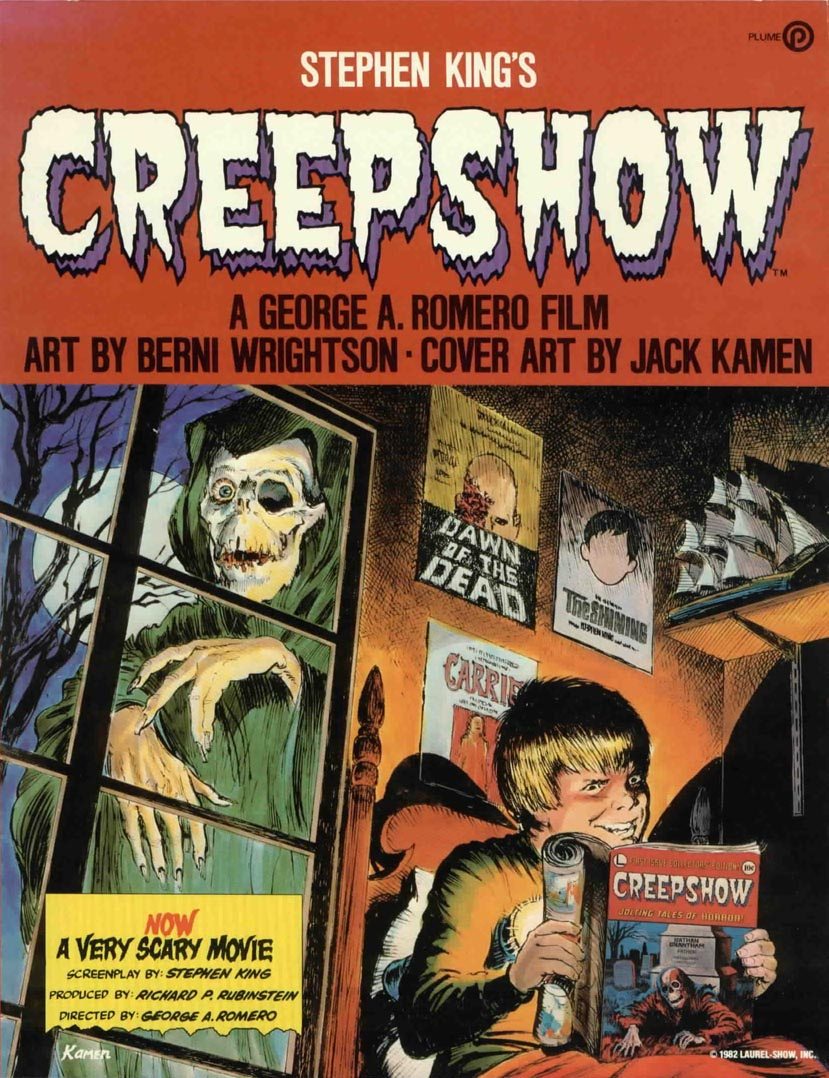 However, TV has paid the ultimate tributes to EC. George Romero continued his anthology recap with TALES FROM THE DARKSIDE; while not directly featuring EC tales, the style is a clear tribute. A feature film was also made. The greatest tribute still remains HBO’S TALES FROM THE CRYPT, which brought EC Comics’ Cryptkeeper to life and brought in Hollywood’s biggest stars on a weekly basis to recreate seven seasons worth of EC horror tales. At the same time, the Comics Code had been weakening over the years, thanks to stories like DC’s SNOWBIRDS DON’T FLY which showed the effects of heroin addiction and won praise industry-wide (even receiving a letter of congratulations from New York Mayor John Lindsey). The Code has largely fallen out of practice, with only three major publishers (ironically, one of which is DC) now carrying it on their books.

READ: The story of Swamp-Thing, one of comics’ most endearing monsters.

While MAD Magazine might be the lifeblood of EC, the legacy of horror it left behind can’t be ignored. It’s hard to imagine classic TV like TWILIGHT ZONE and OUTER LIMITS without the influence of those tales of horror, sci-fi, and dark morality. It’s even harder to think of how filmmakers like George A. Romero would have succeeded without those old stories of zombies to push him into creating NIGHT OF THE LIVING DEAD. The legacy EC created is one for inspiration and creativity in the face of adversity, which is why EC Comics are still being read and re-read, while the CCA and their Code faded away over the decades. Rest in peace, EC. Thanks for the screams.