THE HELLBLAZER #9: The Trickster Tricked

Anyone who knows John Constantine knows he’s one of the most slippery tricksters around, but we see he’s no match for Misabel in this preview for THE HELLBLAZER #9. The preview starts out with Constantine, Mercury, and Misabel in a cab chasing down the flying shoe Constantine enchanted to be his guide to the stolen journal, which is more of a challenge than it should be thanks to Constantine’s cursory grasp of the magic arts. The shoe lands them straight in the middle of a drug deal, with no trace of the journal. Next, Misabel proceeds to ditch Constantine and Mercury in this alley, leaving them stranded with no idea what their next step should be in tracking down Henry’s journal. 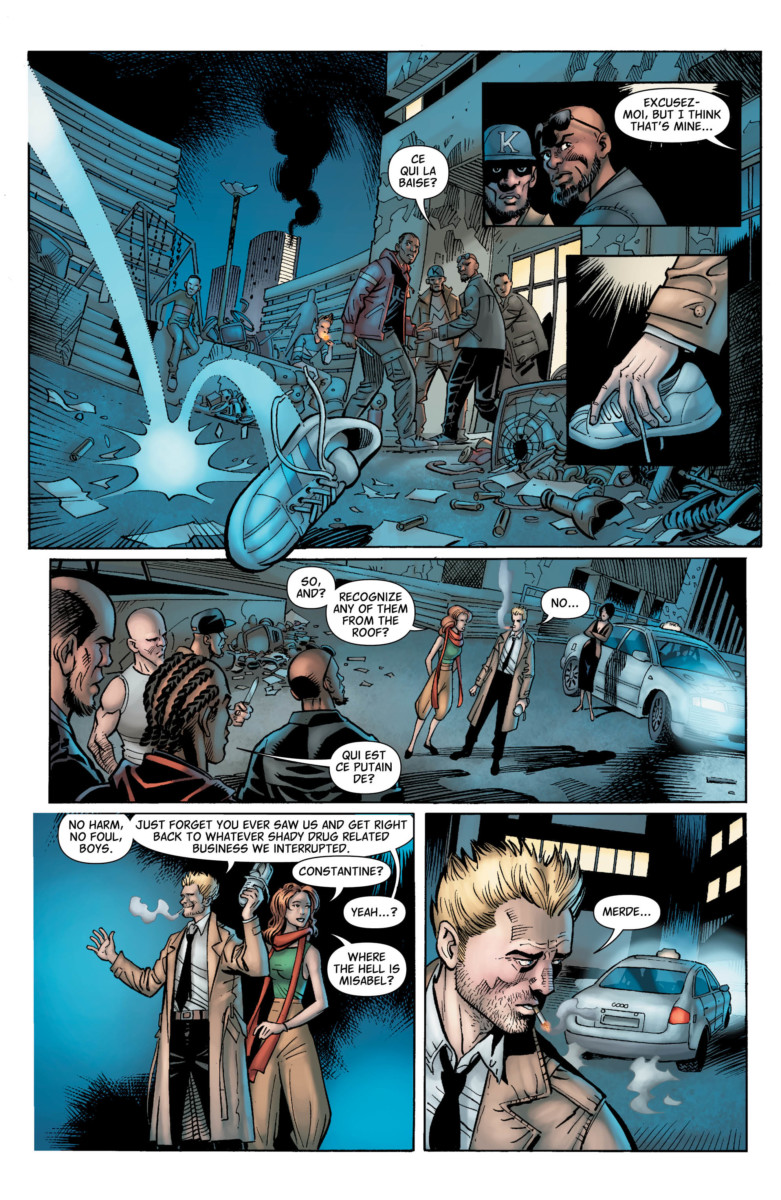 THE HELLBLAZER #9 is the next step in the saga of Constantine and Mercury’s battle with the Djinn. Since they were roped together by the search for Swamp Thing’s friend and Avatar of the Rot Abby Arcane, the two have somewhat willingly worked together to stop this impending threat to humanity. This battle has consumed the pages of THE HELLBLAZER. After escaping the djinn in London, the duo headed to France to track down ammunition for their battle. This ammo is in the form of Henry, the only man to have seen the djinn and lived. Unfortunately, burglars kill Henry just as Constantine arrives. As a result, questioning Henry will be a bit hard, but luckily he left a journal detailing his encounter. Of course, one of the burglars steals this journal, which sets up the mad, magical chase we’re now on.

READ: Looking for more previews of this week’s comics? Take a peek at our preview of SUPERGIRL: BEING SUPER #3!

All in all, the story for this issue looks great and so does the art. I, for one, am excited to see where this story takes us. THE HELLBLAZER #9 hits shelves Wednesday, April 26th – make sure to grab your copy!