Not many consider Thursday nights the most epic at San Diego Comic Con, especially when it comes to panels and appearances. I was pleasantly surprised then to discover a panel for Heavy Metal Magazine at 7:30 PM. For those who don’t know, the legendary and mystic Grant Morrison just became Editor-in-Chief of Heavy Metal Magazine. I knew the panel would fill up fast with Grant Morrison there, so I ran through the building. Then I grabbed a seat and waited. The room soon filled to maximum capacity.

Heavy Metal Magazine is Stronger than Ever

Thirty minutes later, Grant and his awesome wife Kristian enter. The panel was lined up with writers and editors from the magazine. Kevin Eastman, Pepe Moreno, R.G. Llarena, Jeff Krelitz, Frank Forte, and Donny Cates were all in attendance.

They began straight away. First, they discussed the future of Heavy Metal Magazine and how they returned it back to its 1970s, sexy sci-fi roots. Their goal lies primarily in sparking readers’ imaginations with themed issues. Grant Morrison seemed especially excited. He joked around with everyone on the panel. Kevin Eastman spoke about how proud he was that Heavy Metal Magazine is still as alive today as it was back in the 1970s. While talk of a third animated movie under development murmured around, Grant Morrison particularly stressed the fact that their focus shifted to bringing in new talent. 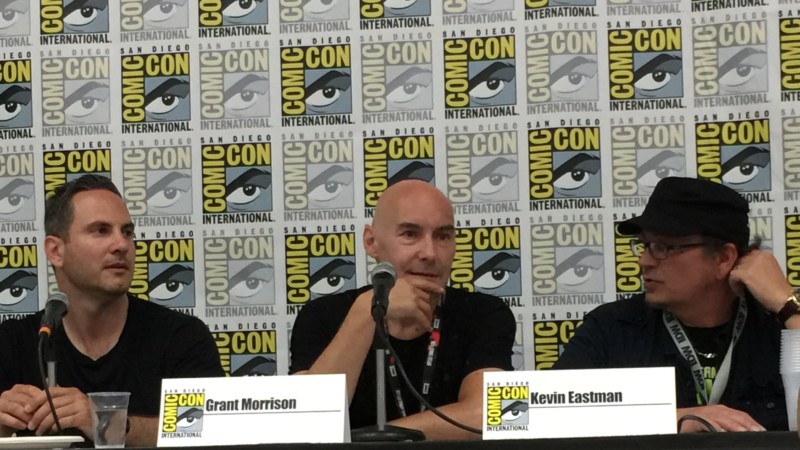 The panel also featured a short overview of a new series coming out. Everyone at the panel seemed especially excited about ATOMAHAWK, written by Donny Cates and illustrated by tattoo artist Ian Bederman. It was one of the most eye-catching series there.

Grant Morrison’s run as Editor-in-Chief starts with issue #280. It already hit newsstands and local shops that carry the magazine. You can also find copies and variant covers here at San Diego Comic-Con or on the Heavy Metal online shop.  With a new vision and new talent, the future of Heavy Metal Magazine looks bright and promising for new and old readers alike!

Heavy Metal was founded in 1977 by Leonard Mogel. It is a six issue per year release and has outlasted many feature magazines similar to it. Known for its sci-fi, fantasy, and erotica stories, Heavy Metal Magazine also has two animated films and almost 300 issues under its belt.