Let’s call RIVERDALE what it is: young, sexy, dangerous fun. Each episode leaves you wanting more. While the fifth episode of the season, entitled “Heart of Darkness”, ends powerfully, the rest is a scattered mess. This appears to be on account of RIVERDALE’s glaring issue: it has no true main character to anchor itself.

KJ Apa is doing his best as our red-headed hero. There are definitely moments where you find his charm goes beyond his Captain America Jr. physique, but TV Archie is as bland as unseasoned chicken. This is because RIVERDALE has over-corrected comic Archie’s “Aw shucks,” paint-can-on-the-head, sweater vest, bucktoothed image. In their attempt to make ol’ Archibald Andrews cool and edgy, the show’s writers made him unrelatable. Unless, of course, your local teens are sleeping with their teachers, involved in murder investigations, keeping their grades up, are being scouted for captaincy of the football team, and have singing/songwriting talents. They’re not, no one is, and despite adding all these juicy elements to the character, Archie is easily sidelined in “Heart of Darkness” and is less interesting than his peers.

READ: Can’t get enough of CW comic shows? Check out our review of the Camelot/3000 Episode of DC’S LEGENDS OF TOMORROW!

The show is called RIVERDALE not ARCHIE, so Greg Berlanti and The CW could hide behind semantics and tell you they’re focusing on the collective drama or — I shudder to think — go as far as to say the town is a character (as every showrunner has said since THE WIRE). With this in mind, if you can completely ignore that the first three episodes are structured to be Archie’s show, the writers have an opportunity to spread the love and showcase other characters, something RIVERDALE did masterfully in their previous episode.

In “The Last Picture Show” (ep. 4), Archie and his teacher, Ms. Grundy, are forced to end their relationship while Jughead fights to save a movie theater he’s been working at/living in. We also find out Jughead’s Diet-Negan/SONS OF ANARCHY-lite father is a member of the local biker gang, the South Side Serpents. The biker gang is a big part of the story, affecting multiple side characters, and Archie and Juggie’s connective theme is about moving on, so everything flows smoothly even though Archie spends most of the episode away from his friends. 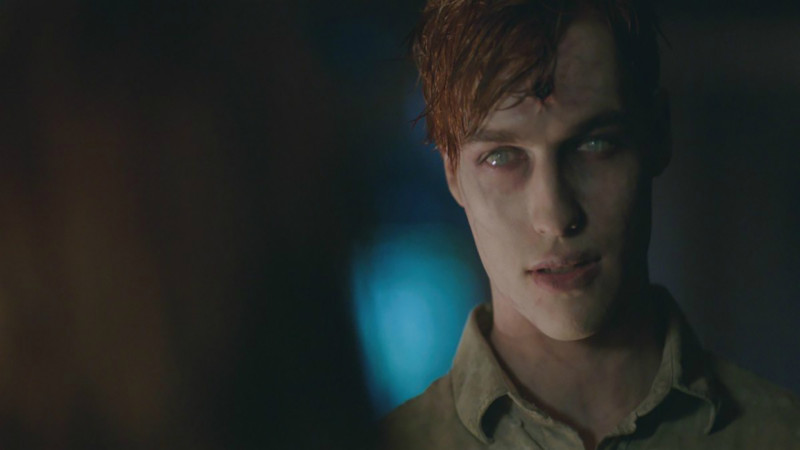 In “Heart of Darkness,” Ms. Grundy is gone and the writers shift gears to make Archie’s music career his central arc. Archie has been cut off from the show’s strongest storyline, the murder of Jason Blossom. It is a particularly awkward transition because Archie’s relationship with Grundy was connected to Jason’s murder. His “music or sports” woes don’t hold the same dramatic tension because, well, who cares? Pick one and move on, dude. Everyone else in your town is wrapped up in this murder case. In fact, between Archie’s fling with his teacher and his other activities, you almost forget that he’s even friends with these people until he has a brief scene with them. When Archie shows up at Jason’s memorial, it feels disingenuous and not because he’s wearing his varsity jacket — this dress code violation is actually the most Archie thing the character has done, by the way.

The argument could be made that since RIVERDALE is a murder-mystery, different character arcs are required to misdirect the audience to set them up for a surprise. Still, at what point is it distracting and unnecessary? There’s so much happening in “Heart of Darkness,” which set of characters and storylines are we to pay attention to? Archie and Valerie’s musically charged romance? Archie and Reggie’s battle to lead the football team? Betty and Jughead’s wildly unrestricted journalistic investigations? Betty and Hal Cooper’s daughter/father dynamic? Are Fred and Hermione possibly rekindling their high school flame? Cheryl and Veronica burying the hatchet? If not Archie, to whom does this episode belong? 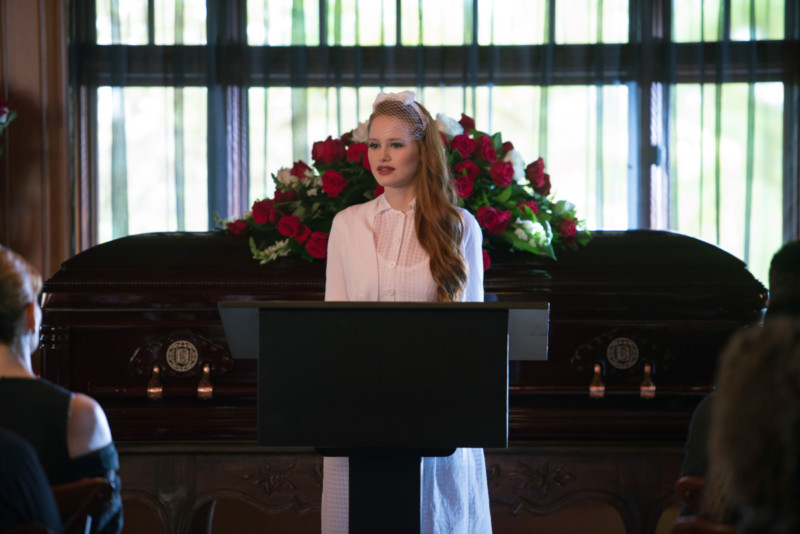 In times like this, I’m reminded of Fox’s GOTHAM. This is a show that is considered inconsistent in week-to-week quality but could succeed as a pre-Batman crime series. It’s been said GOTHAM’s problem is that a Batman show without Batman could never work but that isn’t the true problem. The real issue is GOTHAM’s blatant fear of making Jim Gordon the main character. Season One was poorly received because Fox didn’t make a good cop show that happened to have super-humans, so they ended up with a Batman show that didn’t have Batman. This led to the second season being all about the villains, reducing actor Benjamin McKenzie to a one-note character. This shouldn’t happen on RIVERDALE, they have the Batman of their show in Archie, but this certainly shouldn’t happen on The CW — they’ve proven themselves worthy surfers of the comic book wave.

ARROW and THE FLASH are massively successful and, for the most part, retained quality. On these shows, even when our heroes are scene-jacked by their hilarious and lovable supporting cast (shoutout to Cisco and Felicity), they’re still the reason the story pushes forward. DC’s LEGENDS OF TOMORROW suffered a balancing act gaffe similar to RIVERDALE but the show has always been about the group dynamic and now seems to have found its groove. RIVERDALE’s woes could be fixed if the show decides to go the ensemble route, but that’s not likely, given that at least half the airtime of any episode is taken up by Archie’s storylines — and what I’m assuming are contractually obligated shirtless scenes.

READ: Like THE FLASH’S Cisco Ramon? Check out The Evolution of Vibe! 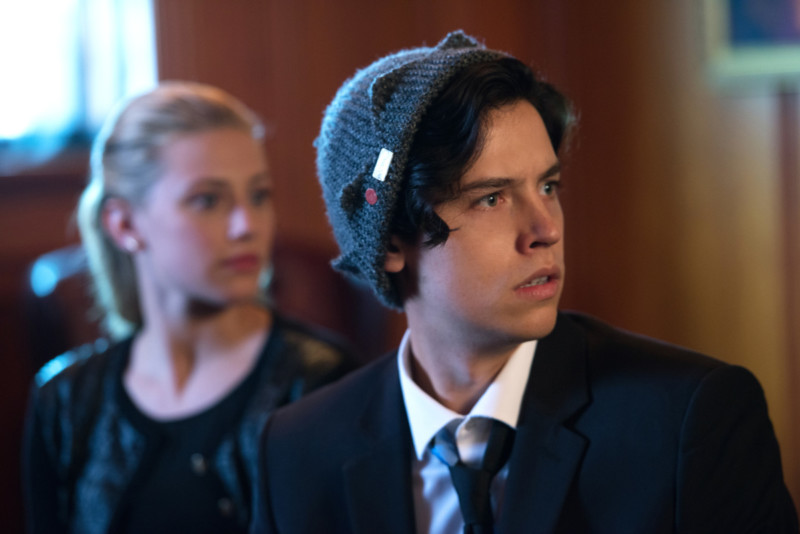 Overall, RIVERDALE delivers what murder mysteries do best. Every week you second-guess all of your convictions and your questions are answered with more questions. It isn’t too late for RIVERDALE to course correct and “Heart of Darkness” did feature a lot for us to love: Betty and Jughead are definitely happening (and I’m all for it), Kevin Keller’s inability to filter himself (he has a memorable line every week), Betty’s tightrope walk between girl next door and girl in straitjacket, Cheryl’s borderline twincestual relationship with her deceased brother, Veronica’s road to redemption, and much more.

If Berlanti and co. could just commit to Archie Andrews, they could have something special on their hands. We know from the episode 6 preview that Archie is still on the music track. Maybe, team RIVERDALE will fold this arc into the bigger picture and do something great with their main character. Or maybe they won’t, deciding that the ensemble will drive the show. One thing is for sure, they had better decide quickly. RIVERDALE has got a lot of momentum, it would be a shame to see it crash and burn.