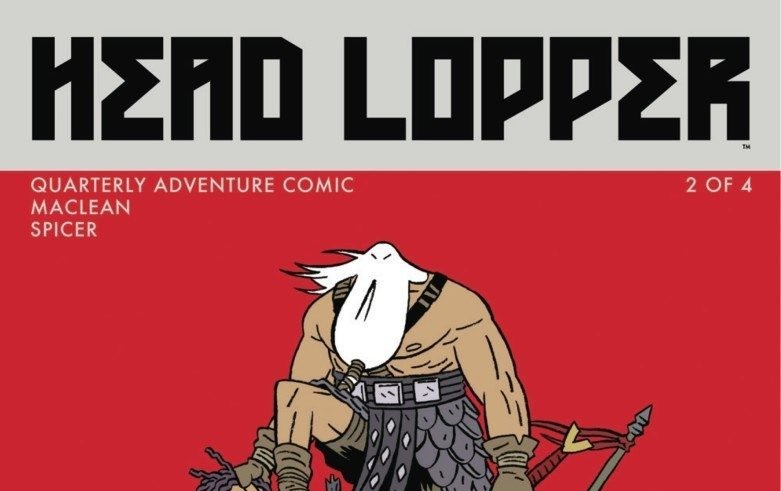 At the risk of sounding like a shill, Image Comics has been the boldest of the mainstream comics publishers over the last few months. With projects like ISLAND and the latest THOUGHT BUBBLE anthology, Image is growing from the punk-ish backup to Marvel and DC into what could be a fantastic bridge between the Big Two and the indie publishers.

HEAD LOPPER demonstrates the potential of this move for Image. With this comic, we get a fun story (writing and art included) from an exceptional and distinct artist (Andrew MacLean). HEAD LOPPER feels like a comic from the great independent publishers—the likes of NoBrow or Retrofit—and unlike anything else out from the major publishers.

Bottom line: This is a fantastic comic, and everyone should read it.

READ: Like ass-kicking comics? Check out our review of Grant Morrison’s KLAUS #1! 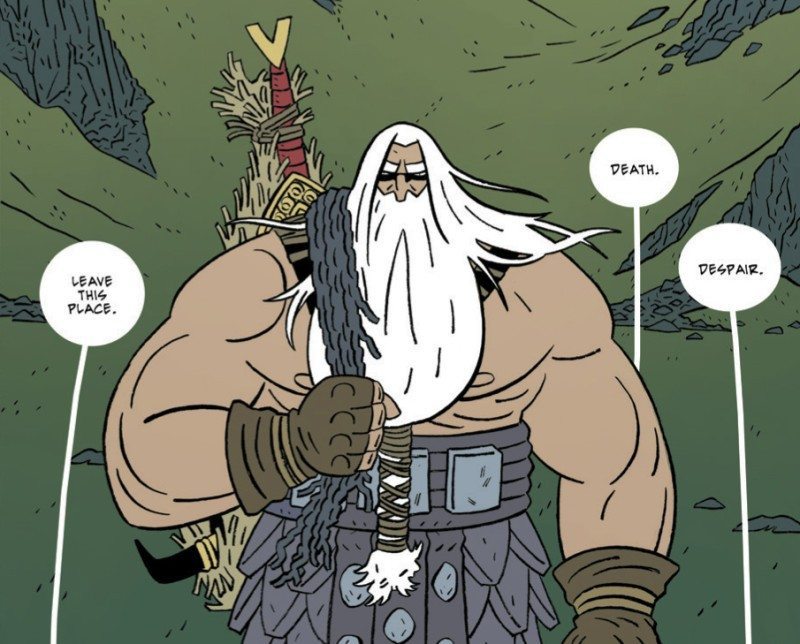 At its base, HEAD LOPPER is a joy to read, and it seems obvious that writer/artist Andrew MacLean is having fun making it. The comic follows Norgal (The Head Lopper!) and his best bud (sort of), the severed head of Agatha the Blue Witch, as they get into various magic-infused hijinks. Issue #2 continues the story from the first issue, as Norgal and Agatha pass through a dark forest and encounter Gnym, an adorable but mischievous squirrel-like creature with fabulous antlered headgear.

As in the first issue, MacLean’s action sequences are exciting and fun, as well as being structurally well-executed. There’s a GAME OF THRONES quality to the underlying story—which is still unfolding—but we’re really here to see Norgal fight. Having ignored Gnym’s advice, the Head Lopper winds up in the grasps of (1) ghost warriors and then (2) ogre-like giants. MacLean is particularly adept at using individual panels for both action and comedy, and he does both in this comic. The book’s climactic action sequence is five pages long and lacks dialogue entirely, but we do get strong illustration and, of course, head lopping.

READ: Want more from Image Comics? Get excited for LIMBO #2 in our preview!

MacLean’s artwork looks like something akin to that of ADVENTURE TIME with greater detail. He also gets the most out of the comic format, whether in his characterization of Agatha (who, as you can imagine, doesn’t do a whole lot) or in Norgal’s quick-cut action panels. Colorist Mike Spicer also deserves credit, as the bold, solid tones feel like a good fit for the general character of the book. 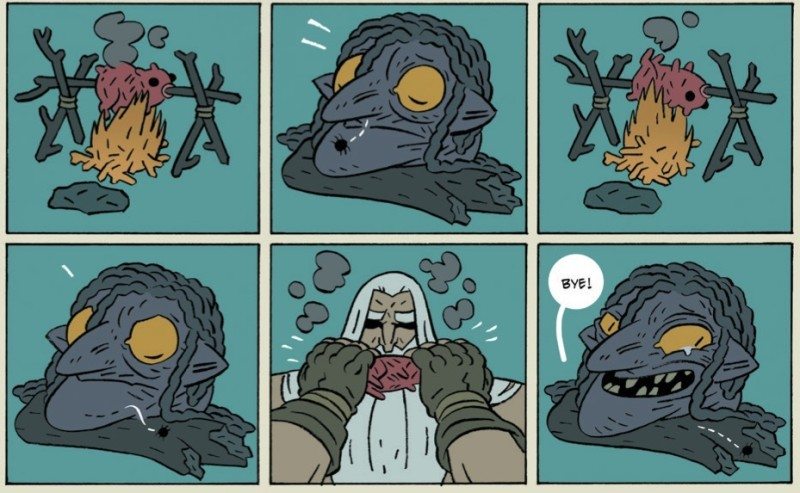 There’s not a whole lot to the story, but that’s part of the fun of this book: it’s a simple, boldly-illustrated story with a great sense of humor. HEAD LOPPER is a book that anyone can read and enjoy, and too much analysis would probably be missing the point. It’ll be another few months before issue #3, but hopefully Image will continue cementing its status as between Marvel and DC and the other independent publishers and we’ll get more like this one.