Fresh off of her Golden Globe nomination for Best Performance by an Actress in a Television Series, Issa Rae’s creation of HBO’s hit show INSECURE destroys antiquated views of contemporary black culture. The show is known for its groundbreaking authenticity and unapologetic comedic takes on aspects of race, womanhood, and intersectional relationships. Luckily, the show has been renewed for a second season on HBO next fall.

Television series like INSECURE are important for today’s culture because they provide a blueprint for people of color to create shows outside of the realm of lazy characters and situational stereotypes. This blueprint also extends to television networks as a model of success proving that they can get behind shows that aren’t a relic of past successes, but a new platform for a diverse lead. 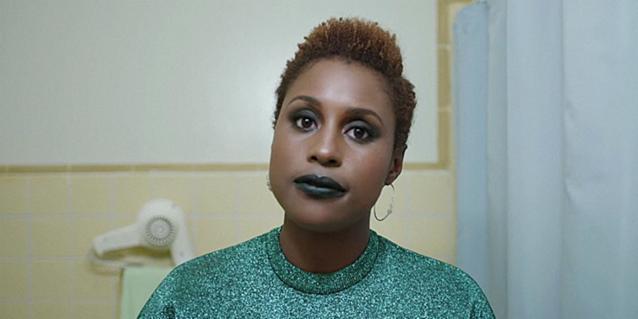 INSECURE’s blueprint is fairly straight forward; Issa Rae creates an original character and develops a show based on their personality, she defies stereotypes, and she includes a few cultural aspects of her life while being relatable. Now that sounds familiar, doesn’t it? That’s because it’s the blueprint for almost every television show that’s aired on TV in the last 30 years. The only thing different is the cultural aspect of race and racism being a relative part of everyday life and not the cornerstone of the show.

This blueprint demonstrates that anyone with a different cultural or ethnic background can make a show relatable to all walks of life by using situations we can relate to. It is the simple act of acknowledging race, gender, or religion without making it the driving force of the show.

For those unfamiliar with her work on INSECURE or her web series, Issa Rae creates characters outside of the fold of the typecasted black woman usually portrayed on television today. As a writer, actress, and show runner Issa’s lead character isn’t a “fiercely independent black woman,” like Olivia Pope on SCANDAL, or Annalise Keating on HOW TO GET AWAY WITH MURDER, or even Cookie Lyon on EMPIRE. Not to oversimplify those characters and their complexities, but on the surface, they are representative of a pattern of typecasting black female leads on television as the “independent black woman.” This kind of characterization of black women portrays them as headstrong, ambitious, and confident with the connotation of it being egotistic. 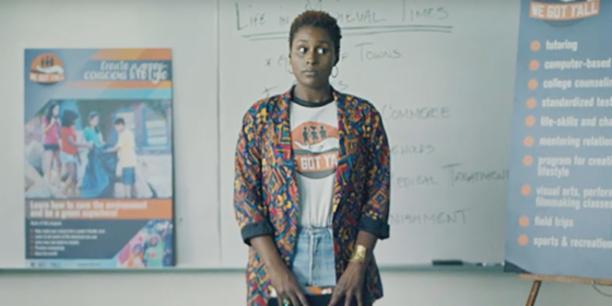 Issa Rae takes all of those characterizations of the modern black female lead and throws them out the antiquated window they flew in from. INSECURE is centered around a unique but awkward woman of color–also ironically named Issa Dee–who grapples with her relationships and her career in contemporary black culture. Issa is opinionated in the most introverted way possible. She freestyles raps in front of the mirror about her best friend Molly’s broken pussy–yes, that is a real song on the show–she fantasizes about a lover outside of her relationship with her boyfriend Lawrence, and she passive aggressively plays a game chess to deal with her co-workers’ racial micro-aggressions.

Issa is a representation of the introverted awkward woman who’s not always flawless, fierce, or ready to take the world by storm. The character is a part of a groundbreaking blueprint for women of color, but she is especially groundbreaking for black women because she is a normal–sometimes insecure and vulnerable–human woman who happens to be black. The show is titled INSECURE for a reason, which is to share the stories of women who don’t have it all figured out in their careers, relationships, or social lives.

READ: Feminism For Kids: Star Vs the Forces of Evil

A History of Stereotypes

What has misrepresented minority groups in television for so long is that people in black or brown skin have been given the same model for creating a television series. Sometimes that creates an impression of black people’s lives that centers race, racism, and a contemporary stereotype.

Lasting impressions from racial stereotypes are still relevant today. Whether it’s a racist portrayal of Chinese Americans with a thick accent–Han on 2 BROKE GIRLS–an “exotic” hyper-sexualized Latina–Gloria on MODERN FAMILY–or a dramatic gay male–Cam on also on MODERN FAMILY–casting directors always find an actor willing to play these roles because they’re historically “popular” on television.

From a historical perspective, Asian, Latino, and LGBT Americans have not had any significant representation on television without those stereotypes being included with them. Even the most successful series that included people from a different background were littered with stereotypes. Take the iconic 1970s sitcom GOOD TIMES for example: While the show was impactful for its representation of Black Americans on television it was riddled with stereotypes of the average black family in America. 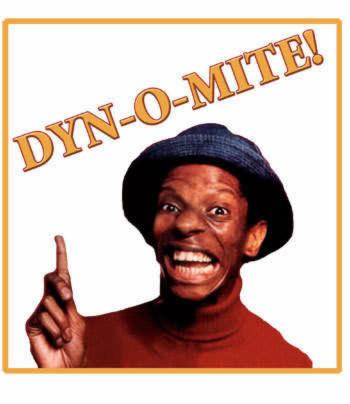 GOOD TIMES started off as a sitcom about a poor black family living in the projects of Chicago trying to get by, but after three seasons it morphed around the JJ character and it went all down hill from there. One of the most popular pop culture characters to come out of the ’70s was Jimmy “JJ” Evans, and he was the epitome of a poor black male stereotype if there ever was one. His catch phrase “DYN-O-MITE” wouldn’t have been so bad if the character wasn’t portrayed as a schemer who was also notoriously illiterate, unemployed, and bafoonish all because he was poor. The JJ character from GOOD TIMES became a deeply racist stereotype of black men in the final seasons of the show. Its lasting effect on the television industry made it harder for people of color to break away from those stereotypical roles offered them.

A part of the magic that is Issa Rae is her ability to normalize the life of people of color beyond issues of poverty. This key aspect of defying stereotypes is a part of the blueprint for creating best shows for people of color. For instance, INSECURE doesn’t portray every black person in the same economic situation, like on EVERYBODY HATES CHRIS or GOOD TIMES, where everybody lives below the poverty line, or on ABC’s BLACK-ISH or THE JEFFERSONS, where every black person is affluent.

INSECURE normalizes the diversity of people from different economic backgrounds. Whether it’s Issa’s best friend Molly who’s an affluent corporate lawyer, Issa’s boyfriend Lawrence who’s unemployed but he’s trying to launch his own app or Issa herself who is in limbo where she earns a living but she’s not fulfilled with her career. Issa Rae doesn’t commit her characters to binary economic stereotypes. 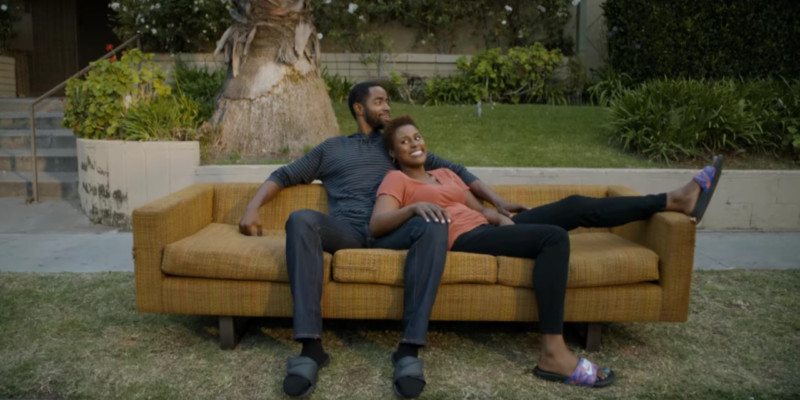 The show further shatters those rich or poor binaries by shattering the stereotypical characteristics that come with them. For example, even though Lawrence is broke, he is not JJ from GOOD TIMES. Lawrence’s economic situation is unique in itself, he is a Georgetown grad that spent five years and all of his saving trying to create his own app and turn it into a tech company. Contrast that to JJ who never learned to read and saw his only ticket out is his get rich quick schemes, and it always was the butt of some misplaced joke.

The reality of the economic diversity portrayed in INSECURE is groundbreaking in the sense that it frees people of color from being stereotypes of an oversimplified binary of being rich or poor.

CLICK: You Know What We Don’t Need? Another White Savior

The same thought process that goes into weaving economic diversity into INSECURE also reflects how the show normalizes the lives of black people–and black culture–beyond race and racism. In an interview with Power 105.1’s The Breakfast Club, Issa Rae discusses how she makes her show relate to viewers:

“We’re just trying to remind people that black people are human at the end of the day, and we’re not shunning the fact that we are black that is very clear. Of course we address racial issues, but I’m so tired of seeing shows…like race is the burden or like racism stop things.”

She further goes on to say that racism is a comma in the way it has become an afterthought for black people:

This last part of the blueprint is taking an aspect or your cultural identify and not making it a crutch but a key tool of expression. Issa Rae’s character is not only groundbreaking for women of color because she creates a new mold for economic diversity in a television series, but the show itself breaks the stereotype of black and brown people living their lives within the context of race, racism, and poverty.

CLICK: THE MAGNIFICENT SEVEN: Paving the Way for POC?

INSECURE parallel shows like Aziz Ansari’s hit series on Netflix MASTER OF NONE with the same blueprint model for a series starring a person of color. Since the series is based on Aziz Ansari’s real life persona, it has a few aspects of his life like struggling to find good work as an actor, dealing with a snag in his relationship, and being a second-generation Indian American and some of the racism and cultural stereotypes that comes with it. Also not failing to mention the show is about Aziz’s character Dev being in some situations that we can all relate to. 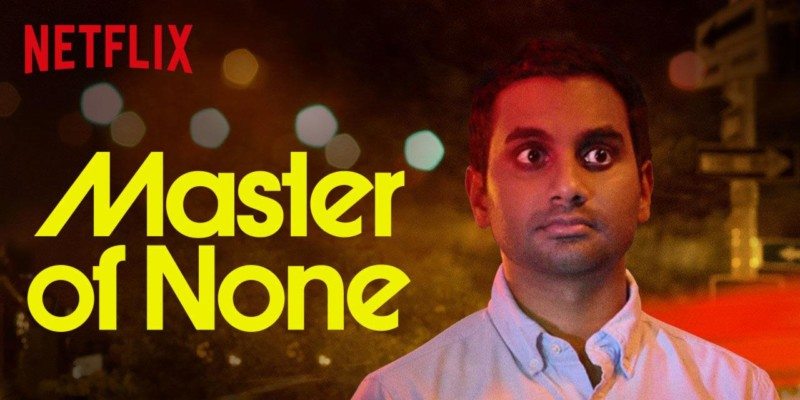 The same goes with Donald Glover aka Childish Gambino’s series on FX titled ATLANTA. Just swap out some of the aspects in MASTER OF NONE and INSECURE with urban Atlanta subculture, add a struggling manager of a rapper, and you have some of the same magic and critical acclaim.

The universal acclaim that comes with the likes of MASTER OF NONE, ATLANTA and INSECURE knock downs doors for more complex series starring people that represent minority groups. Over the past two years alone the representation for Asian Americans–who are notoriously underrepresented–in television has increased substantially. There are shows like QUANTICO, FRESH OFF THE BOAT, INTO THE BADLANDS, DR.KEN and THE MINDY PROJECT that not only have Asian American protagonists but entire diverse casts as well. 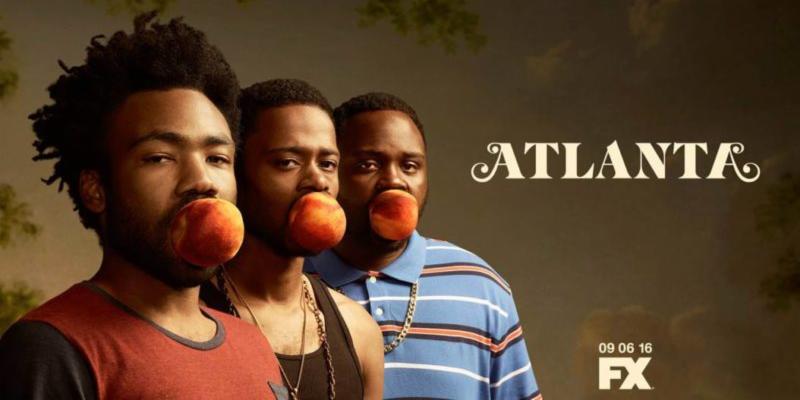 HBO is taking a progressive step forward in green-lighting a television series representing minority groups that have been pigeon-holed in stereotypical molds for too long. People of color need accurate representation in television that reflects all aspects of their lives and not just a distinctive issue. INSECURE creates a platform that contributes to normalizing the lives of Black, Asian, and Latino Americans beyond issues of race and situational stereotypes and it is definitely something to look forward to and watch in the future.