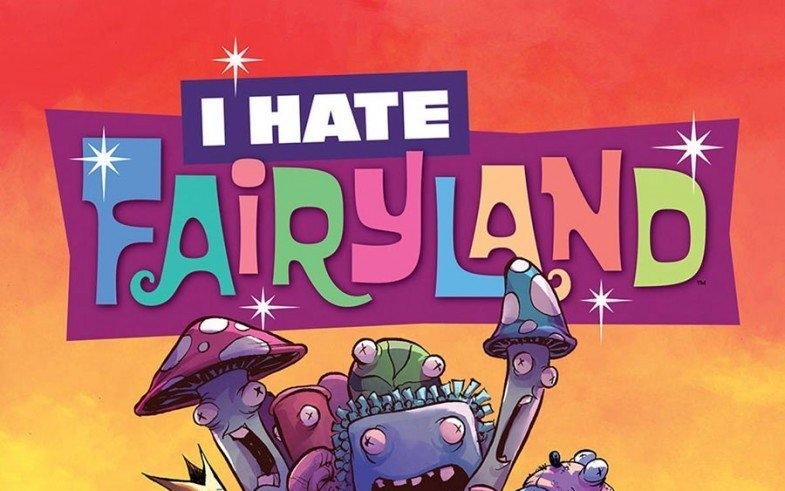 Skottie Young is back with his demented black comedy, I HATE FAIRYLAND. Issue 6 comes after a three-month break in publication. Young had originally only planned for a five series run, but the people have spoken, and we need more Gertrude. (Forget Beyoncé!) The twisted folk vote Queen Gert as their savior. Gulp, just kidding. The world has enough problems.

READ: Catch up with our review of I HATE FAIRLYLAND #5!

The book begins where it left off with Gertrude as queen. We are placed in a Colosseum-esque building where we witness an epically short-lived gladiator match.  The brutal shattering of organs and stuffing is beautiful.  Clearly, this is not a child’s comic. (Variant covers use F**K FAIRYLAND as the title, so new readers should be aware of that.) The gore alone makes this comic teen-rated, as the adorable characters are just a mirage for the actual content. 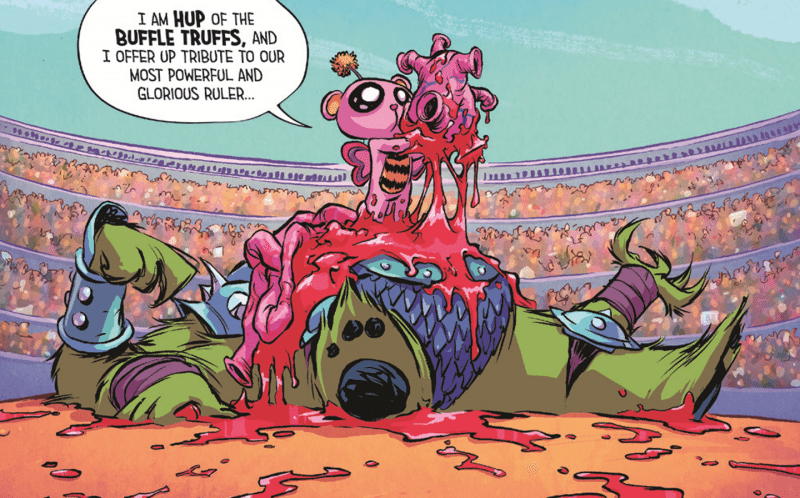 The gladiator battle turns out to be Gertrude daydreaming as she’s bogged down with paperwork. The image of Gertrude imagining herself in an adult body that’s quite reminiscent of how Queen Cloudia looked is a tell-tale sign of this. After all, she just wants to be normal and Queen Cloudia was the standard for an adult female. Gertrude can’t stand being in this fairy-world and is still stuck in a child’s body. From there, we see her begrudgingly tour the kingdom, visiting the various imaginary beings, and attempting to be a ruler that supports the land’s evil-doers. However, Gertrude being Gertrude, she ruins every opportunity to do so, leading Larry, her appointed Fairyland cricket companion, to bail her out time after time. All her destruction incites hatred across the board, even from the evil communities, so she’s left barricaded in her throne room, leaving her waste in glass bottles like Leonardo DiCaprio in THE AVIATOR. Surrounded by her waste, she’s told, “Winter is coming!”. It’s a playful jab at the beloved GAME OF THRONES line, but what does it mean for Gertrude? Well, you’ll have to read the issue; otherwise, I’d spoil its hilariousness.

Since Skottie Young writes and illustrates the book, he has full creative control and the product bleeds with his passion for it. Gertrude is masterfully crafted. Her insanity is driven by being stuck in a place she abhors, and a body that hasn’t aged. She never wanted to be queen, and it shows with her utter disdain and lackadaisical attitude towards the responsibilities of the position. Larry remains right by her side. While he was originally only helping her out of obligation, it seems he has come to truly care for her. All the death and destruction the two have caused has welded a bond. Young’s drawings are illustrious, as well. He can do tremendous architectural landscapes, the prime example being the Colosseum, followed closely by his illustrations of the land’s various kingdoms. The way he draws faces is extremely emotive too. The distorted and disgruntled facial expressions on Gert, Larry, and all the anguished beings are genius. The coloring from Jean-Francois Beaulieu also adds a necessary cheerful pop that shouldn’t be overlooked. 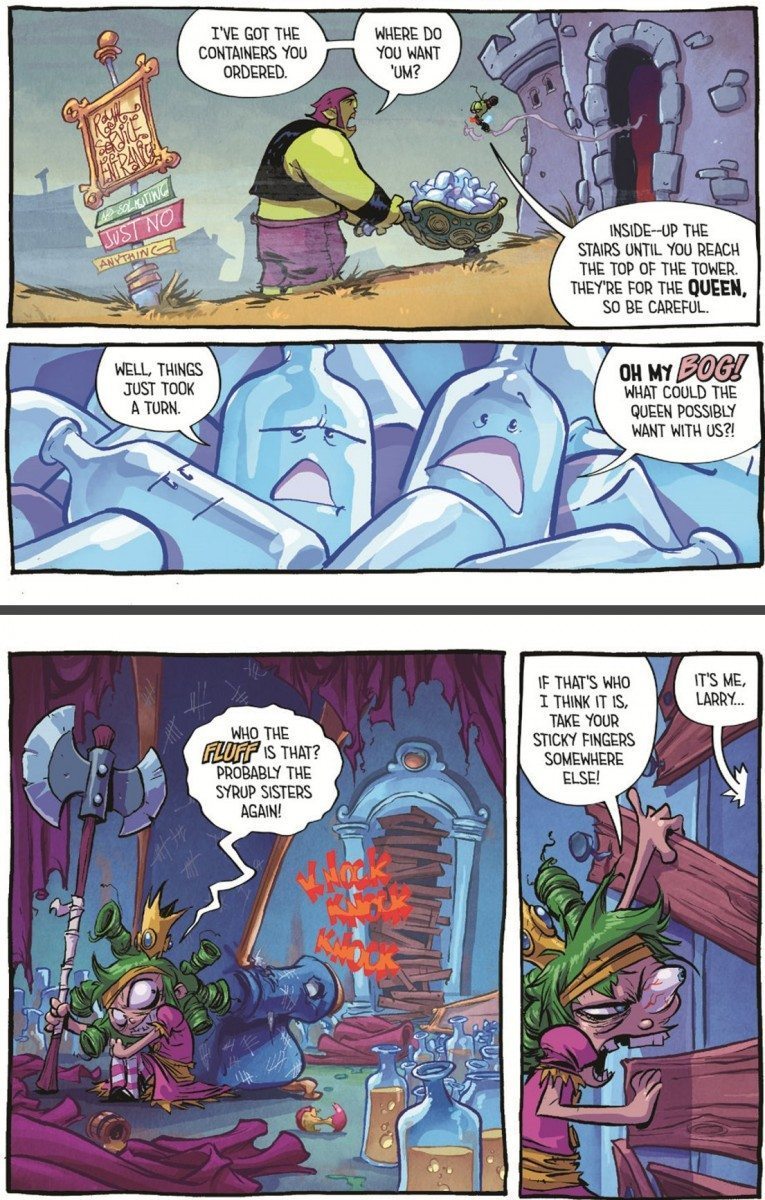 I HATE FAIRYLAND #6 is a bloody fun comic. It’s a glimpse of Gertrude as queen, and it actually features a surprise tweak to the story in its final pages. Gallows humor is on full display, as Gertrude accidentally spreads carnage and death across the land. Her insanity is also at a peak. No longer can Gertrude do whatever she wants in a place she despises, so she keeps spiraling downwards and the poor anthropomorphic bottles get the full brunt of it. I HATE FAIRYLAND is easily one of my favorite comics. The dark elements mixed with comedic moments remind me a little of RICK AND MORTY and INVADER ZIM. All of these are rich in self-depreciation, outrageous chaos, and violence blended with even more ludicrous humor. If you like that stuff, then get aboard the crazy train. All hail Queen Gert!

READ: An EXCLUSIVE interview with the RICK AND MORTY creative team!