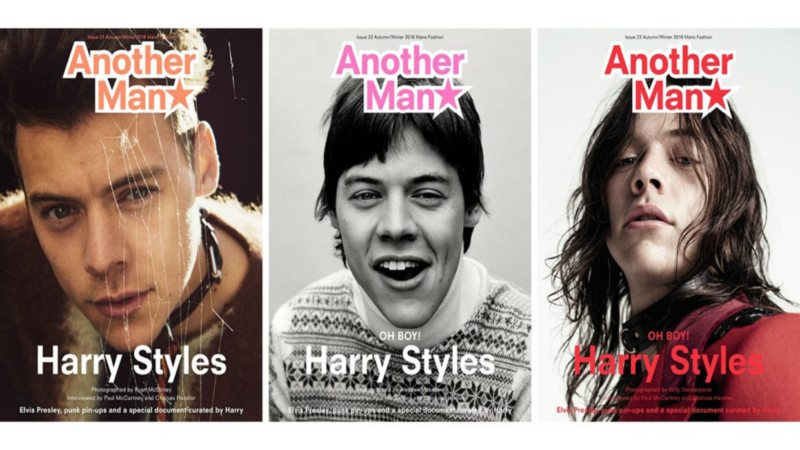 Like so many other young women before me, I have fallen victim to the “Harry Styles Effect” and for, arguably, good reason.

On September 25, 2016, the former member of One Direction and seemingly jack-of-all-trades Harry Styles posted a series of three blank photos to his personal Instagram account and nearly broke the internet. There was so much speculation surrounding what the three photos could have possibly meant after months of Styles being under the radar while filming for the Christopher Nolan war drama, DUNKIRK. Within 24 hours, Styles posted another three photos in a row, but this time it was three separate covers for Another Man Magazine, a men’s fashion magazine run out of England. He dropped the covers with no explanation other than the date that it would be available to purchase in Europe. 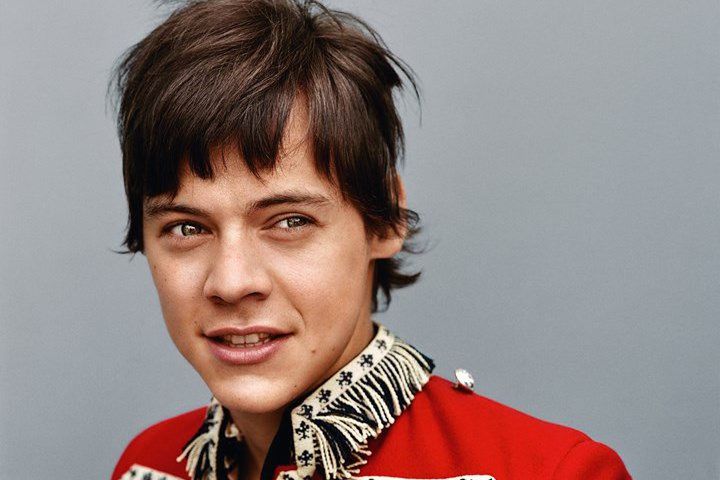 This speaks volumes to how Styles wants to establish himself as not just a solo artist, but also as an individual existing outside the comfort zone of One Direction. I think one of the most striking realizations for me when he released the three covers, aside from them being visually stunning, is that his first step into “post-Direction” is taken with a high fashion publication. I could see the inklings of an interest in fashion, beyond the standard interest developed strictly from being a public figure, during the promo season for One Direction’s fifth album, MADE IN THE A.M. From the black and white, floral printed, jacquard trousers to the series of Gucci women’s blouses worn throughout the music video for “Perfect,” the first single off their final album, it seemed like he might be straying away from his standard graphic tees and skin-tight denim or the signature skinny khaki trousers and tight-fitted blazers from their first tour.

It first became very clear to me that he was interested in far more than being a generic heartthrob when he wore an androgynous, floral print suit from Gucci to the American Music Awards last November. Following in the footsteps of Mick Jagger and Kurt Cobain, Harry Styles is moving away from the expectations anyone was holding for him and is moving toward the most organic version of himself we’ve seen thus far. I, for one, could not be more excited. In addition to challenging himself as an artist and an individual, he’s also challenging traditional expressions of gender through his androgynous and edgy cover spread with Another Man Magazine. With wild prints, nods to 90’s fashion, and effeminate silhouettes, Styles is truly establishing himself as something other than a pop star. 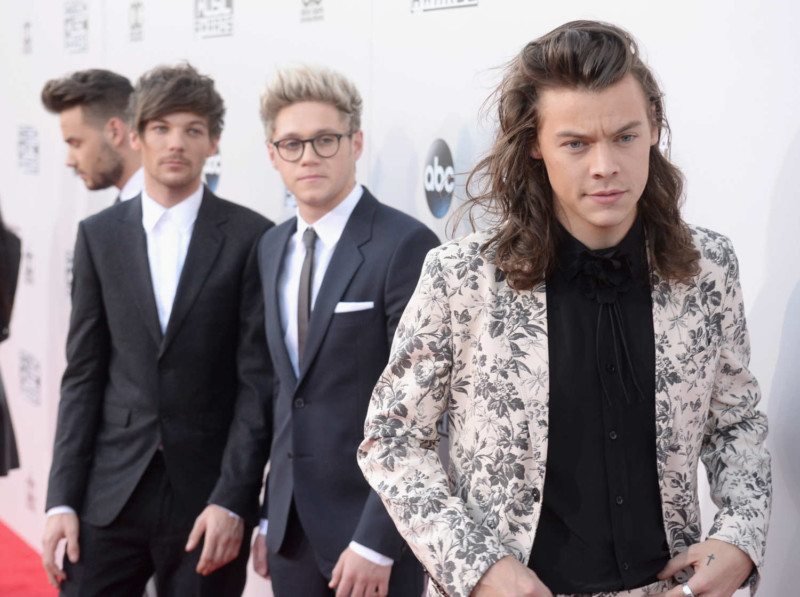 The idea of the teenage heartthrob is not a new one by any means. I remember growing up on the cusp of the Backstreet Boys and N’sync era and it seemed like everyone knew who Justin Timberlake was. Posters of his face could be found on the walls of teenage girls’ bedrooms worldwide. When the Jonas Brothers began rising to fame, I had a full wall in my bedroom covered in posters from every trashy tween magazine under the sun. This generation of heartthrobs represented the sort of brand that only true boy bands can; generic and strictly media-managed. It’s similar to the brand Disney stars tend to represent; very clean and almost juvenile.

While the definition or “prescription” for what it means to be a teen idol varies between cultures and subcultures, I think a commonality held among all definitions is that a teen idol or a heartthrob is a visually attractive male celebrity, generally with ties to the music industry. They don’t have to be a teenager per-say but their fan base is (likely) largely teen-aged and female. A very important facet of teen idols is sex appeal, no matter how objectifying that can become. More often than not, their fan bases are attracted to them and imagine what it might be like to date them. Harry Styles undoubtedly meets these requirements but there’s always been something raw and interesting about him that I haven’t been able to place my finger on until I finally got my hands on a copy of his spread in Another Man Mag.

READ: Interested in how One Direction fanfiction became mainstream fiction? Check this out!

Harry Styles isn’t afraid to express his gender in a multitude of ways and that’s what separates him from the other teen idols of my generation. From pink polka-dotted tops to painted fingernails, he does not shy away from embracing androgyny or even femininity. Not only does he express a less traditionally masculine side of masculinity and heteronormativity through his clothing, but also in his actions.

I distinctly remember an interview with One Direction and Sugarscape where the interviewer asked the boys what some of the most important qualities in a girl were, to them. Liam Payne joked by saying, “female” and Harry responded to Liam with, “not that important.” In another interview, he joked with bandmate Niall Horan about Niall hypothetically dating a boy and said, “don’t knock it ‘till you try it.” I’m not making any assumptions about his sexual orientation but, if nothing else, Styles shows a deep appreciation and level of support for the LGBTQ+ community. He’s expressed his support in other ways as well, namely, waving the pride flag after the Supreme Court decision to legalize gay marriage. 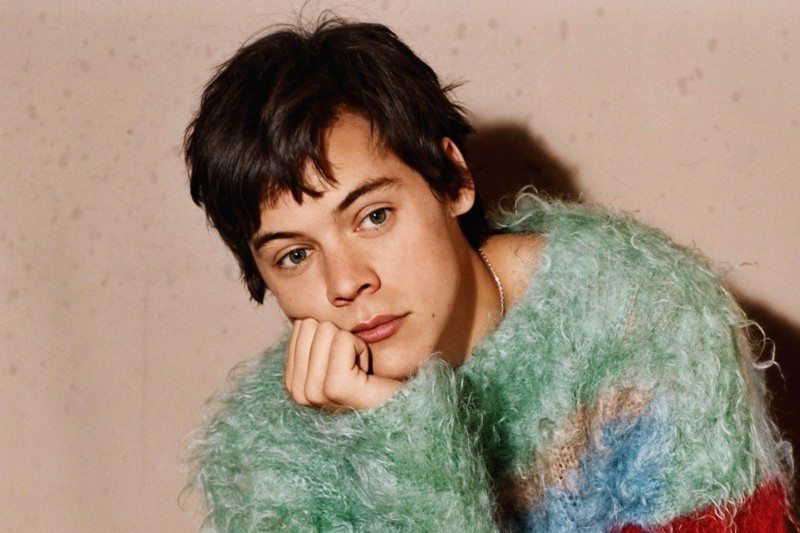 In addition to supporting the LGBTQ+ population, it is very plausible that Harry Styles’ expression of androgyny has provided comfort to One Direction fans and non-fans alike who identify as non-gender-binary. Lee Buono, a junior at Elon University who identifies as non-binary, said in an article with Elon News Network, “Harry Styles’ general femininity is empowering. His style and general upkeep isn’t always super masculine, and it’s refreshing. One Direction is the biggest band in the world, and him saying gender isn’t important in love is huge for anyone who identifies as LGBT.” 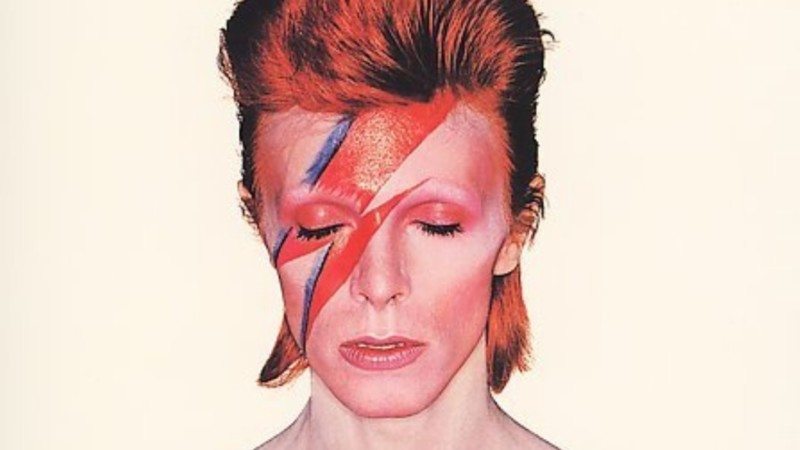 Androgyny in both fashion and pop culture skyrocketed in 1970 when David Bowie introduced Ziggy Stardust, his androgynous and alien-like alter-ego. Since his death in January, many fans of his have come forward with stories  about how Ziggy Stardust was more than just a rock n’ roll icon; it was a beacon of hope for them. It taught many young people that “fitting in” isn’t always the only option. Bowie’s alter-ego not only provided a sense of comfort to the gay community, but also mainstreamed gay culture. Mary Gauthier, a musician based out of Nashville, tweeted, “David Bowie showed this queer kid from Baton Rouge that gender outlaws are cool. Androgyny=rock&roll, not a reason to kill myself.” Twitter user OhHeyJacob said, “As a young little queer boy struggling to fit in #DavidBowie showed me that “just fitting in” wasn’t the only option. He was an inspiration.” These are just two of thousands of tweets. David Bowie frequently experimented with gender fluidity and gender expression and did so unapologetically, much like Harry Styles is doing so now. Styles has the opportunity to inspire and comfort a new generation of fans who identify in the queer community.

READ: Interested in the intersection between depression and David Bowie’s music? Check this out!

Styles is a far cry from generic in the way he expresses his gender through his sense of style. Much like Ziggy Stardust did for so many people, Harry Styles is showing young people that harnessing both masculinity and femininity can be sexy and organic. By blurring the lines of gender when it comes to fashion, it paves the way for blurring gender in other areas of life. It may be unrealistic to expect these changes to fall on the shoulders of one person, but if there’s any person who has the power to begin making the changes, it’s Harry Styles.