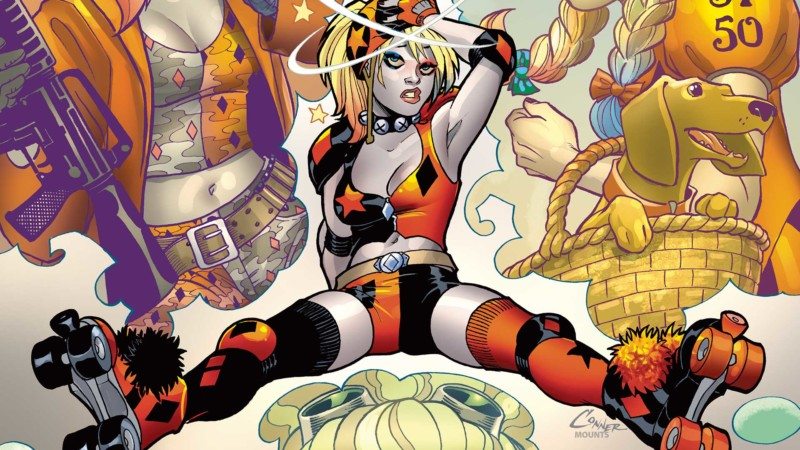 Life has been a crazy roller coaster ride for the Clown Princess. In the previous installment, Harley Quinn enjoyed her well-deserved vacation in the Bahamas with Poison Ivy. However, as Harley says, the worst part of taking a vacation is that it eventually ends. Upon returning home, nightmares haunt Harley again. Sadly, the reality she has been trying to escape from turns out to be just as bad as her nightmares in HARLEY QUINN #9.

READ: Love Harley Quinn? Take a look at our article on her evolution over over the years!

Writers Jimmy Palmiotti and Amanda Conner open HARLEY QUINN #9 with a short trip to the Land of Oz, which is actually Harley’s dream. Joker makes an appearance, but he does not recognize Harley. In an attempt to decode her dream, Harley seeks help from Frank Frank, a psychiatrist. After all, sometimes psychiatrists need psychiatrists as well. Harley realizes that a great way to get out her frustration is roller derby. However, it doesn’t turn out as expected, and life takes even more crazy turn. 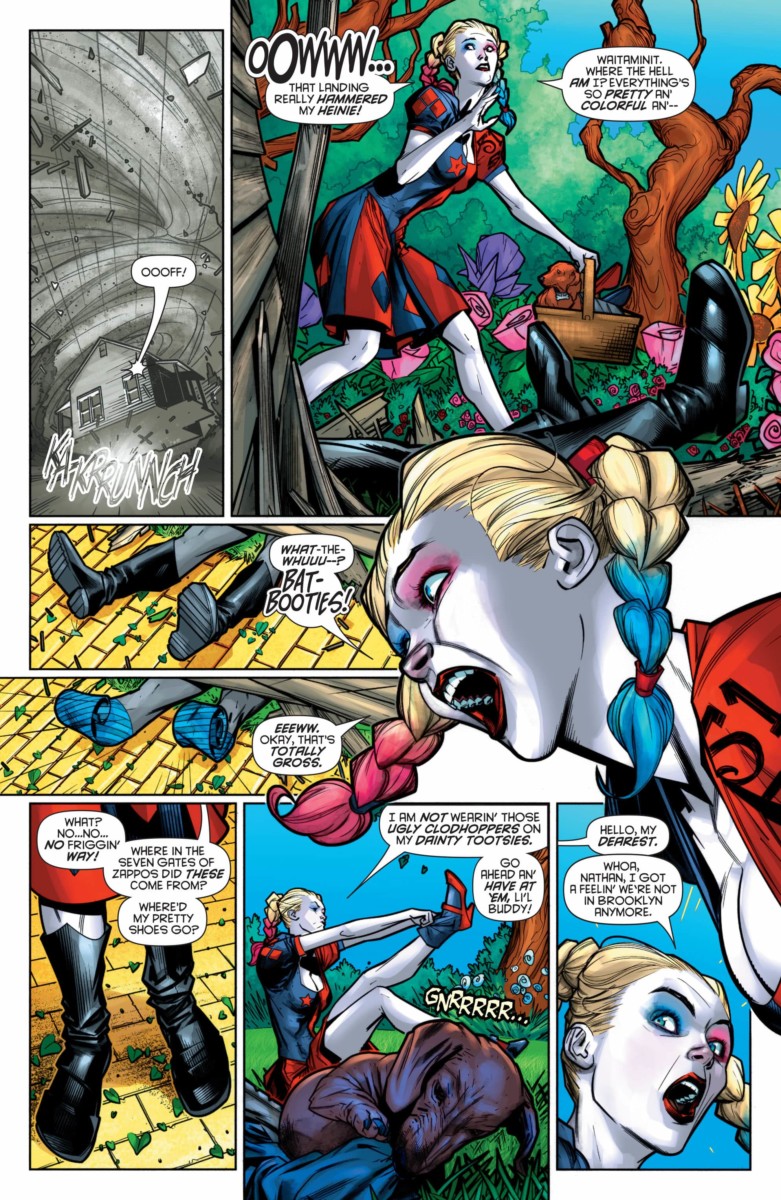 A recurring theme in this installment is Harley’s difficulty connecting with reality. Her conscious mind is running in circles, and even her subconscious mind isn’t leaving her alone. There are some fun action sequences that make up the issue’s subplot, but HARLEY QUINN #9 is relatively less action-packed. However, the lack of action does not make it seem boring. HARLEY QUINN #9 ends with the return of someone we have all been waiting for, which gives us a solid cliffhanger.

Harley’s emotional anguish is well-portrayed throughout the issue. In one sequence, she sits next to a homeless man on the streets and gives him a slice of pizza. She inquires about his situation, and he tells her that he never went back home after his wife’s death. Harley hugs the man tightly as tears roll down her cheeks. This sequence touched me the most as I was able to empathize with both of them, especially Harley. She realizes that someone, somewhere, is in a worse situation, but instead of feeling better, it makes her feel even worse. I actually could never relate to her as much as I did in HARLEY QUINN #9. 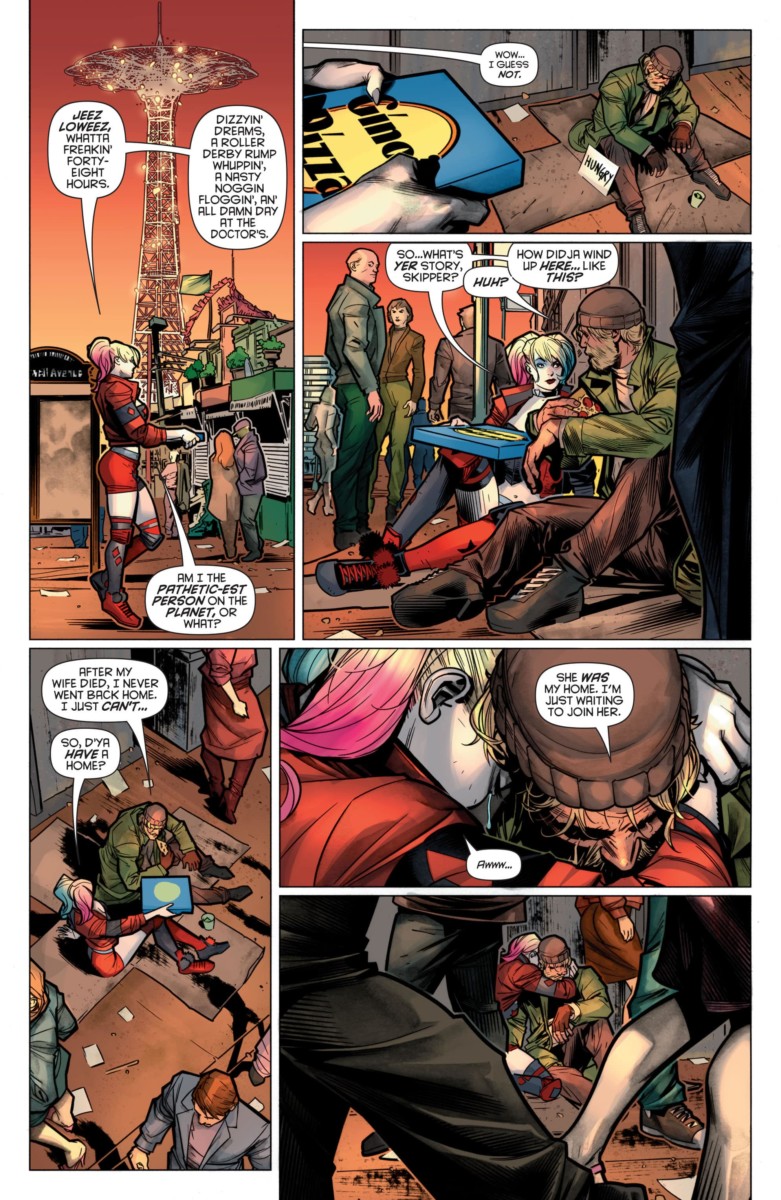 Michael Kaluta and Brandon Peterson did the artwork of HARLEY QUINN #9, and they make a great team. The most beautiful panels are the dream sequences. Harley’s dream is initially black and white, but suddenly becomes bright and colorful, immediately transporting readers to a dreamy land. In another dream sequence, there are tiny bombs which represent several DC superheroes, and I found that creative. The reality sequences have quite plain backgrounds, causing reality and dreams to look very different. Overall, HARLEY QUINN #9 is a fun issue to read. It’s going to be extremely difficult for me to wait two more issues, as the next issue is a holiday interlude. Nevertheless, I am eagerly looking forward to seeing how the Clown Princess handles yet another crazy twist in her life.