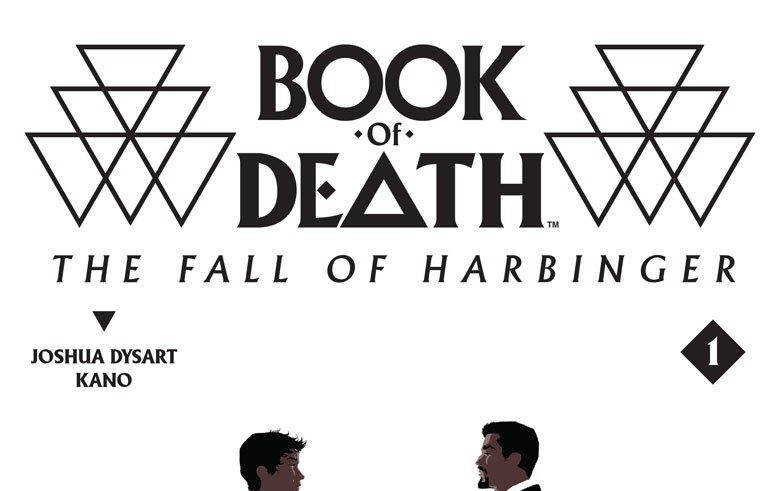 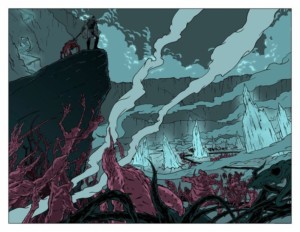 Valiant’s had a damn good week! They worked with metal band, A Sound of Thunder, to release a Shadowman concept album, which was quite good. Shadowman is set to return to the Valiant Universe this winter, along with WRATH OF THE ETERNAL WARRIOR and THE DEATH DEFYING DOCTOR MIRAGE: SECOND LIVES, both of which look excellent. WRATH OF THE ETERNAL WARRIOR particularly has me excited, as artist Raul Allen’s work looks like it’s only going to get better in this ongoing series. Gilad, the Eternal Warrior, is a great character and I’ll always support stories that take established characters and put them in unfamiliar territory (see Marvel’s current WEIRDWORLD comic for a recent example of this).

CHECK OUT Kara’s great piece on disability in comics! 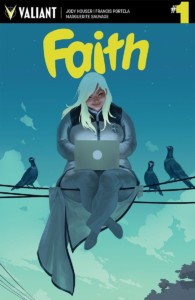 Valiant’s winter entertainment options are consistently growing. This week, the company announced FAITH from Jody Hauser with art from Marguerite Sauvage and Francis Portela, set to debut in January. For anyone not familiar with HARBINGER, Faith is one the comic’s most interesting and developed characters, beyond Peter Stancheck and Toyo Harada. Faith Herbert, upon finding out she was a Psiot (Valiant’s rough equivalent to mutants or inhumans) with the ability of flight, joined Peter in his fight against Harada. She is a character in a unique position: a superhero fangirl in a world without any proper superheroes. Faith adopted the superhero moniker Zephyr and took to the skies. Faith is a real superhero, where X-O Manowar, Eternal Warrior, Ninjak and the other members of Unity are much more conflicted. This upcoming miniseries should be great, and I’m hoping for more out of the HARBINGER team, especially after reading today’s BOOK OF DEATH tie-in.

BOOK OF DEATH: THE FALL OF HARBINGER #1 by Joshua Dysart and Kano 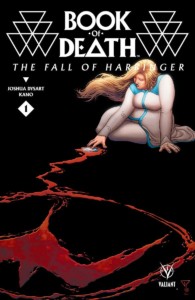 HARBINGER was one of the Valiant relaunch’s first titles. It was a solid comic, though I often felt it staggered in its goals. The sort-of successor IMPERIUM is much more focused, though it took several issues to get going. Regardless of any focus-related issues in either title, they were integral the the universe and created a number of excellent characters, like the aforementioned Faith, Peter, and Harada. This one-shot, like the other FALL OF… titles, shows us the end of Harbinge—specifically,  the climactic, far into the future encounter between Peter Stanchek and Toyo Harada

READ about life on Ma—in and out of comics!

The comic begins in 2183, where the world has been forced by Harada to live in total peace. Harada’s mission was peace by force—he’s sort of the ultimate control freak—and this issue seems to show that he succeeds in at least some versions of his timeline. Like the other tie-ins, this builds on material present in the ongoing series. We’ve seen glimpses of Harada’s utopia in IMPERIUM and BOOK OF DEATH, but this issue really cements it in Valiant’s future. 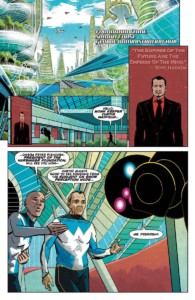 Twelve years prior to this comic’s events, Harada left Earth with Peter in charge of, well, everything. Harada’s powers had grown too much for him to handle, so he bequeathed his foundation and leadership to Peter in hopes of dying somewhere in space, saving Earth in the process. Of course, this did not work and we find his consciousness rapidly approaching Earth, disrupting psiots all over, and threatening the planet again. To stop this, Peter flies into space to confront the “Harada mind” and end its threat in a spectacular conclusion. His flight gives us glimpses into the deaths of the rest of Harbinger, as Peter reminisces about what he could have done differently. This is all abruptly halted as he approaches Harada and is assaulted by his unrestrained power.

Seriously, Kano’s pages detailing the confrontation between Peter and whatever has become of Harada are stunning. This is an example of why comics are the preferred medium for a lot of stories like this. The psychic energy, scenes of outer space and bombastic concepts would be impossible for film, is difficult to describe adequately in literature. We see glimpses into the characters’ minds, near-transcendence, and potential other universes in the several pages of their confrontation. Powerful, intimate storytelling that builds on these characters who are wildly different yet tied together by their powers come together in some really beautiful panels. Harada and Peter’s story comes to a close, and whether it remains canon or not, it was a hell of a story. 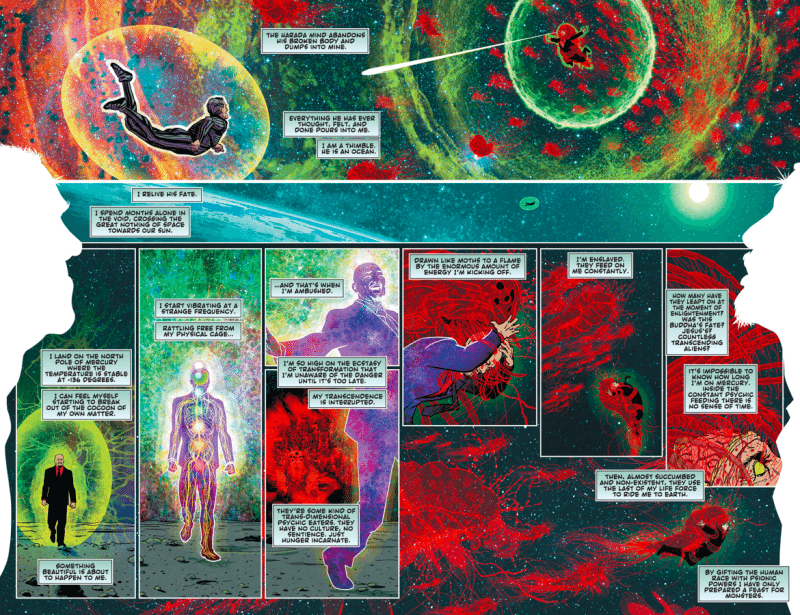 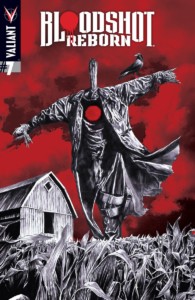 Two more Valiant comics come out as we take a break from BOOK OF DEATH. BLOODSHOT REBORN #7 by Jeff Lemire and Butch Guice continues Bloodshot’s hunt for murderers powered by his own nanites, while IMPERIUM #9 by Joshua Dysart and CAFU begins a new story arc, as Harada takes on the evil Vine aliens! See you then!