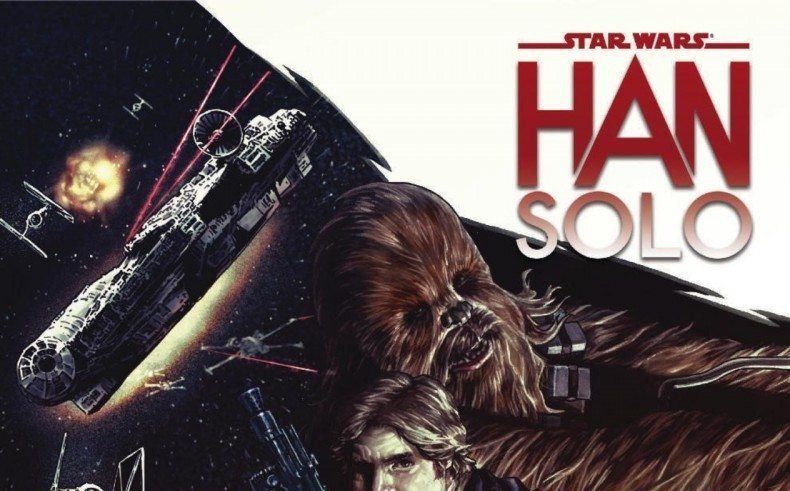 The newest STAR WARS series from Marvel and creators Majorie Liu and Mark Brooks centers on Han’s adventures just after the Battle of Yavin. It’s a slow start for what could be a fun series, offering little more beyond a mildly interesting premise due to its muddled art and uninspired storytelling. Taking on a character as big as Han Solo is a huge responsibility, and this book doesn’t live up to his standards.

READ: our ranking of every STAR WARS comic series from Marvel so far!

When the story picks up, there’s an interesting moment where Han begins to question his line of work, and whether or not the smuggling life is the life for him. This is quickly dismissed after the Rebellion and Leia reluctantly hire Han and Chewie to rescue a few hidden agents. In order to do so, the dynamic duo must enter the deadliest race in the galaxy, filled with fancy pilots and a great sum of money for the winner. 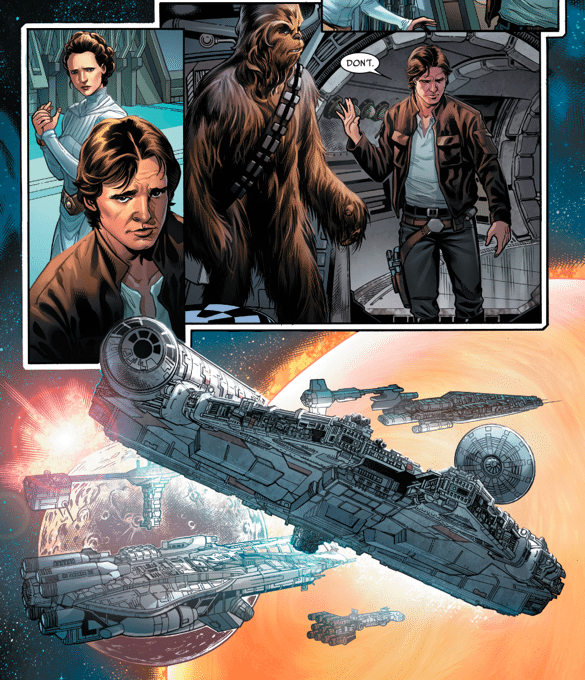 Over the course of the issue, Liu fails to find a foothold on the character and the story. Most STAR WARS comics succeed when the writer strikes a balance between character and story. Both of these lack emotional depth and inspiration here. While the opening pages flirt with some great new ideas about Han and his inner struggle, the majority of the story struggles to present anything new or adventurous. It’s almost tedious to get through some of the dialogue. Much of it features derogatory marks toward Han and stereotypical vices like “this is too dangerous” or “the mission is critical.” This is made worse considering “the mission” isn’t revealed until much too late.

When the issue finally takes off into its somewhat intriguing premise, the new cast of characters is just plain boring. They are stark contrasts to Han, but do nothing beyond annoy the reader and remind us that Han is still a smuggler. There is one interesting moment (aside from the final page) featuring the oldest racer in the game, but there’s little more here than the feeling that we better remember her because she will probably come into play later.

As stated before, STAR WARS comics work best when they take old characters into new places. Here, Han barely treads new water. While it could be a lot of fun to watch him race across the galaxy, he’s still the same old Han doing the same old thing. This is something we’ve seen more than once before and does little to offer anything new. There are no strong supporting characters like in CHEWBACCA and no strong character moments to raise emotional stakes like in DARTH VADER. Sadly, all that is here is a peddling adventure for Han that sacrifices showing his life as a smuggler for more of the stuffy rebellion. 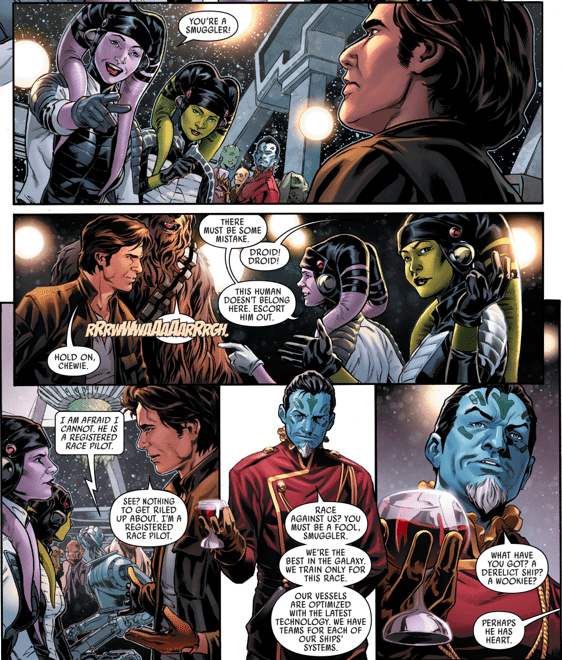 Mark Brooks’ artwork does an adequate job showing Han’s sly expressions, but beyond that it does little for the story. Clashing colors make a lot of crowded sequences look muddled. The only time the art catches the eye is in the last few pages when Han takes off at lightspeed. None of the story’s locations stand out and they all feel rather boring. Overall, it is not terrible to look at, but it’s nothing worth gawking at.

It is an extremely difficult thing to adapt a STAR WARS juggernaut like Han Solo into his own series. Telling a story without stepping on any pre-existing canon toes is a major challenge. That being said, this comic leaves a lot to be desired. The book leaves on an interesting note and could very well evolve into an intriguing story. However, it has its work cut out for it if it wants to be a worthy addition to the curent mythology.