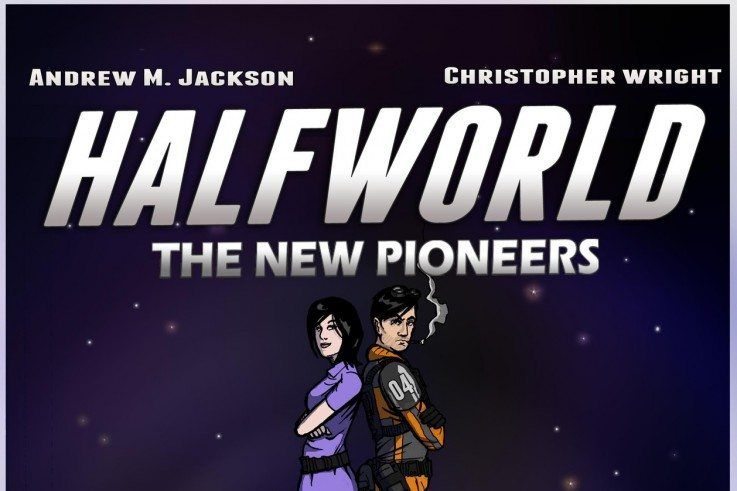 HALFWORLD: THE NEW PIONEERS, is the flagship title from new comics publisher New Pioneer Comics, written by Andrew M. Jackson, and drawn by Tamas Szalkai. It envisions an Earth that has been destroyed! Well, that’s not quite right. Technically it’s only been half destroyed, and the creation of the HalfWorld superstructure has allowed the remaining half to avoid planetary annihilation.

Unfortunately, 200 years later, the structure is decaying and beginning to malfunction. Even worse, nobody seems to care—nobody but Marlowe Crumb, whose reference-heavy name immediately caught my eye. Marlowe’s profession is some combination of salvager and engineer- as a result, he’s one of few people to spend time at the station, and thus, is also one of a few that worry about its impending collapse. Marlowe’s chance encounter with a woman named Paige sets events in motion that could change the future of the HalfWorld! 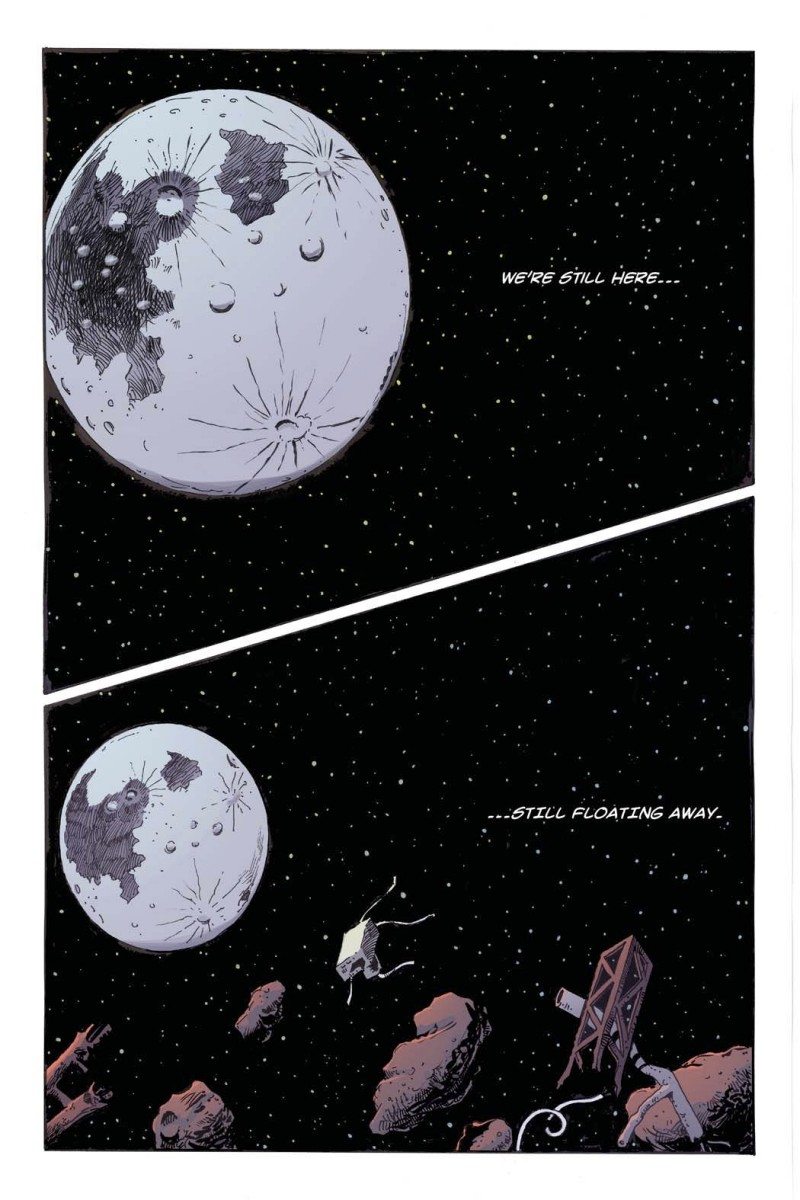 Read: Interested in Indie Books? Check out our article on Kickstarting with RETROFIT COMICS!

Marlowe’s society seems completely indefferent to HalfWorld’s decline; throwing decadent parties and feigning ignorance to the all-too-unavoidable problem. There is climate change metaphor here that was neither too subtle nor ham-fisted, working quite well when sprinkled with a bit of generational disconnect.

Jackson’s writing shines throughout the first issue, avoiding the exposition mouthpiece problems commonly found in inaugural issues. Instead, it works brilliantly in tandem with Szalkai’s art to inform us of our protagonists’ isolation from society. In fact, Paige even mentions the “show don’t tell” writing philosophy when talking to Marlowe.  Although Paige is quite an interesting character, most of her character development is achieved strictly through her feelings toward Marlowe. Only towards the end of the issue do we learn there might be more to her than meets and the eye, and I hope future issues explore this further.

Szalkai’s art is not particularly colorful or stylized, which works in the book’s favor. It matches the bleak and barren portrayal of the world.   HALFWORLD achieves its world-building through what it doesn’t show in society, far more than what it does.

Read: Looking for a great Independent Superhero comic? Check out THE PRIDE here!

HALFWORLD #1 is a brilliant debut issue, one that I wholeheartedly recommend to readers looking for something new to try.  While the art is not jaw-dropping, both the concept and story are unique and engrossing. Read this issue and know it from the beginning- this is definitely a series full of awesome potential that will no doubt, only pick up steam.