The Green Lantern Corps is officially back from the dead in HAL JORDAN AND THE GREEN LANTERN CORPS #8. The Green Lanterns have been waiting in the shadows since their numbers have dwindled as a result of their return to the universe. Now, they’re ready to protect the universe once again in a new story arc by writer Robert Venditti and artist Ethan Van Sciver.

Previously in HAL JORDAN AND THE GREEN LANTERN CORPS #7, Hal Jordan went one-on-one with Sinestro in a showdown for the universe. As a final act to destroy Sinestro, Jordan unleashed all the power he could and self-destructed in a large green explosion. Meanwhile, Soranik was able to rescue Guy Gardner and the other prisoners fueling Sinestro’s fear engine. As they fled the exploding Warworld, they ran into the Green Lantern Corps.

READ: Check out our review of HAL JORDAN AND THE GREEN LANTERN CORPS #7 right here! 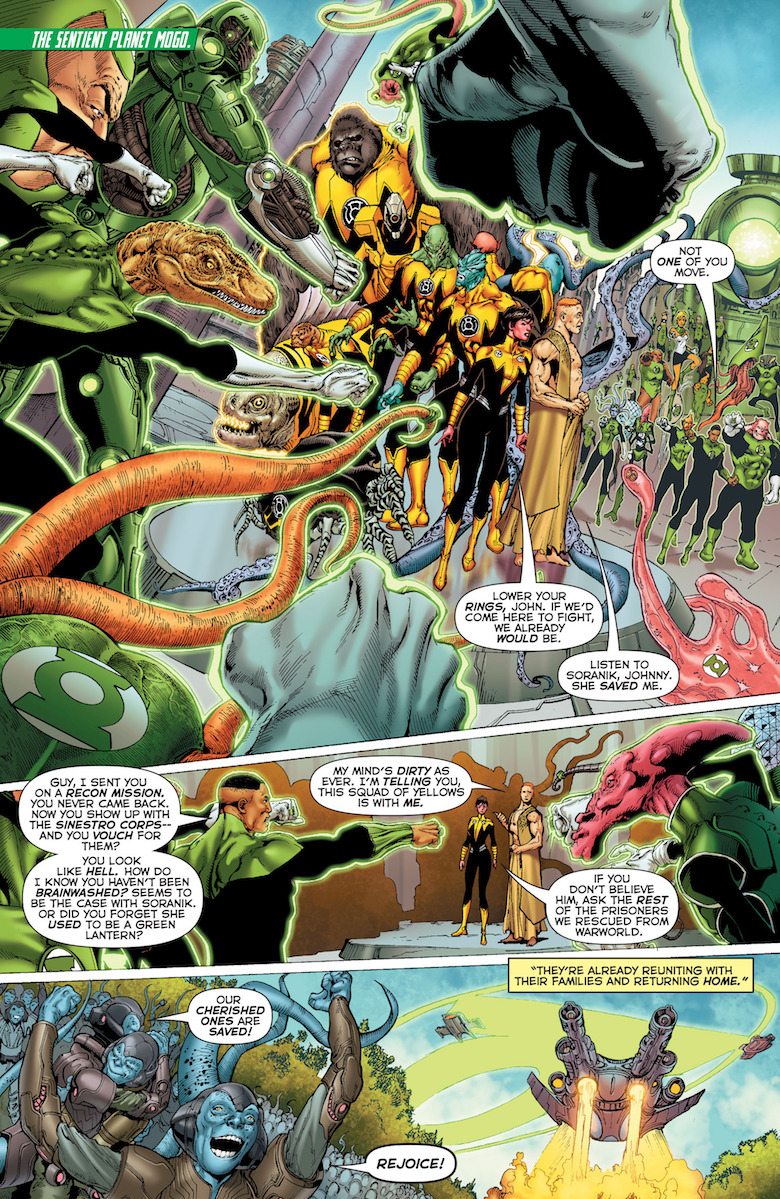 Venditti also starts HAL JORDAN AND THE GREEN LANTERN CORPS #8 off with Hal Jordan’s ring searching for a new replacement as every power ring does when their wielder dies. However, there is an error when the ring attempts to look for a replacement and then tries to look for Hal Jordan. This short storyline is surely attention grabbing with the possibility of Jordan still alive somewhere in the vast universe. Is Hal Jordan alive or is the ring just defective? These are all questions that Vendetti will have to answer, and questions that have me very excited for the coming issues.

The art in HAL JORDAN AND THE GREEN LANTERN CORPS #8 is fantastic to see. Ethan Van Sciver has been great throughout the series, and it continues in this issue. In particular, his work on Starro is impressive. I have never been a fan of the villain, and it’s hard to make a giant starfish look menacing, but Van Sciver makes it happen. The sheer size and detail of Starro gives the villain a look that convincingly frightens an entire planet. Not only that but the coloring is also beautifully done in this issue. There is a nice mix of green blurred as the Green lantern Corps fly at top speed as well as a vibrant purple/blue sky of the planet Xudar that is a thing of pure beauty. 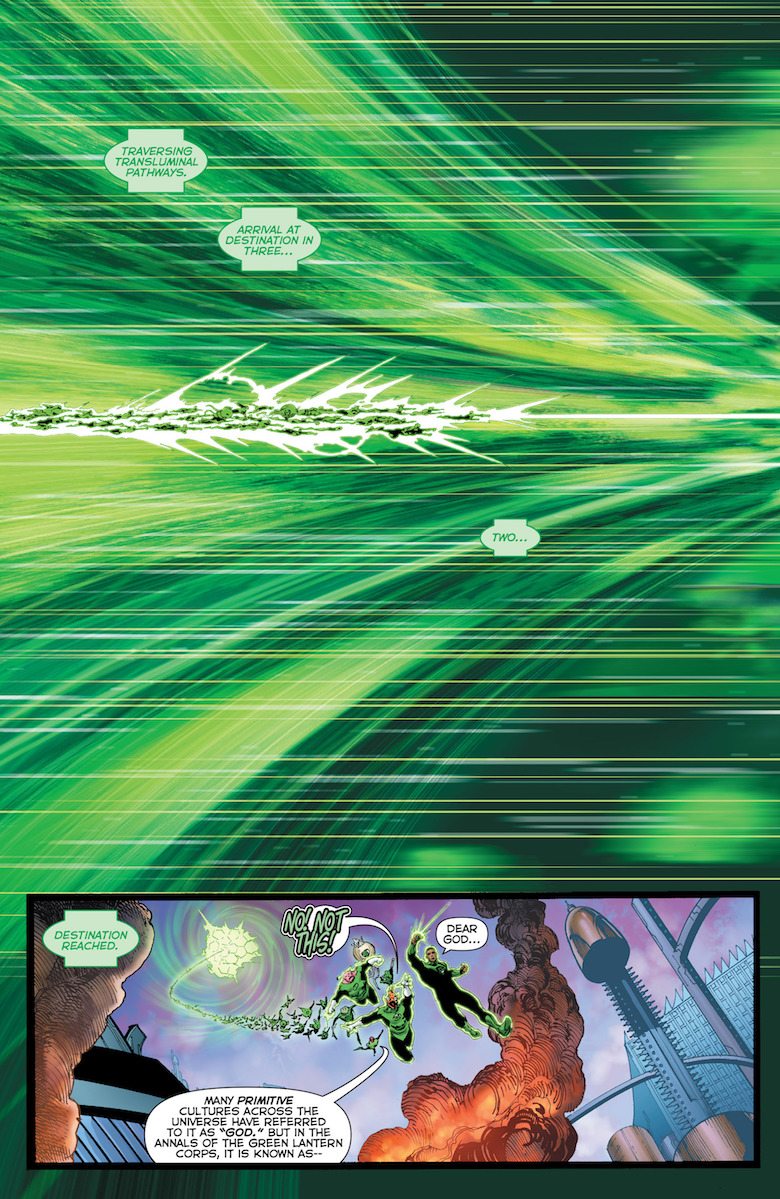 HAL JORDAN AND THE GREEN LANTERN CORPS #8 starts off the new story arc on the right foot. Going forward, it will be interesting to see whether or not the remaining Sinestro Corps members will be able to work alongside the Green Lanterns, and if the Green Lanterns will trust them. It’ll also be interesting to find out if Hal Jordan is still alive (I assume so, since characters never really seem to die forever). Basically, there is so much going on in this new story arc, and I cannot wait for the next issue to get some answers!