GWENPOOL #14 arrives this week with our titular hero continuing her quest to make her teammates’ lives tolerable, but with an added dose of chaos and magic. While it can be a bit too chaotic at times, we are given some great moments and ramifications for our eclectic cast of characters throughout, and even some foreshadowing for the next issue. A fun read, GWENPOOL #14 hits the mark when you least suspect it, and that’s what keeps you engaged.

Picking up not long after last issue’s ending, Gwenpool is now on a quest to provide Cecil some peace of mind as a ghost. After initially seeking help from their comrade Sarah, what follows is a magical trip to California, where our heroes find themselves face to face with dwarves, magical crystals, and our guest stars Kate Bishop and Ghost Rider in a chaotic battle. By the issue’s end, our characters find themselves on a road trip, facing their own demons, and we get a glimpse at a startling surprise for our hero that is sure to come up in the future. 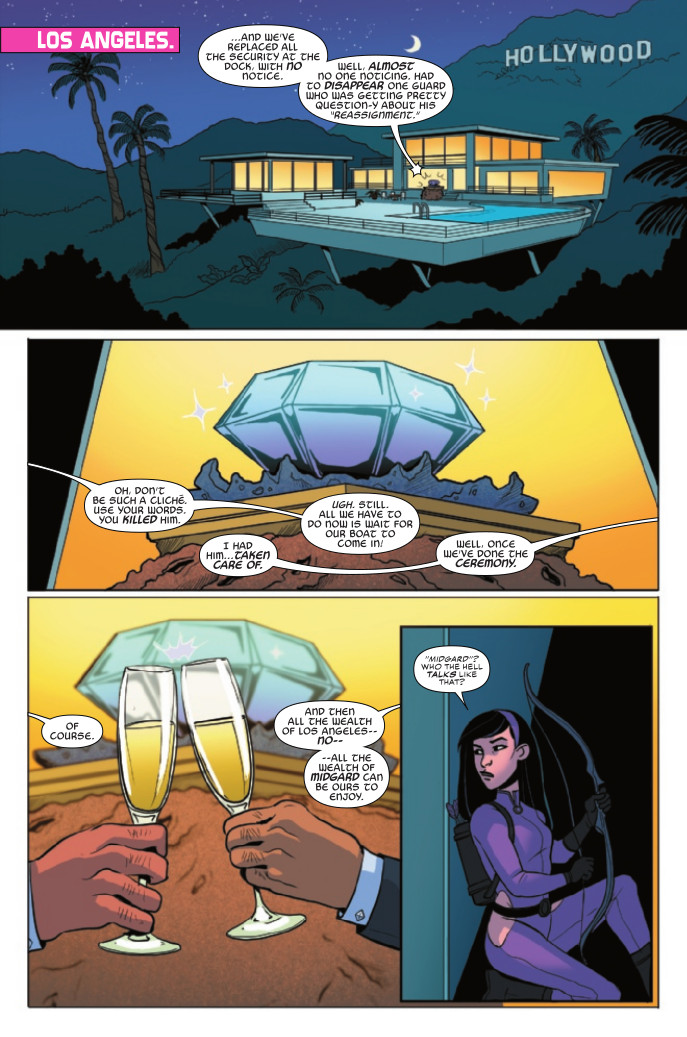 One of the key moments in this issue is when Gwen realizes she’s fighting alongside Kate, and her brief moment of hero worship is a reminder of what makes the series so charming. GWENPOOL has been relatable to a certain extent, as Gwen is presented as a normal comic reader like us, and when given the chance to interact with heroes, she can lose herself like most presumably would. GWENPOOL #14 not only conveys the reactions and ideas we personally may have, but also shows consequences that can come from wanting to be part of a dangerous reality, as evidenced by Cecil’s death and life as a ghost, along with the cliffhanger at the end of the issue.

WATCH: Get ready for the big event of the summer with this teaser for SECRET EMPIRE!

The plot this issue is rather frenetic, starting off simply with Gwen and Cecil’s initial meeting, but quickly going off the rails once they meet the rest of the cast. Writer Christopher Hastings succeeded in capturing the chaos that the series is known for during the battle, but the sequences and comedic exchanges at times can get a little confusing with so much happening on one page. One of the finer moments, however, is Cecil’s part throughout the story, as we see him struggle for the opportunity to feel human once again, but through the chaos he finds himself in a worse off position. His dialogue with Ghost Rider near the end will grab your attention, as it not only foreshadows the next issue, but also reminds you of just how quickly his journey has changed since the first issue. 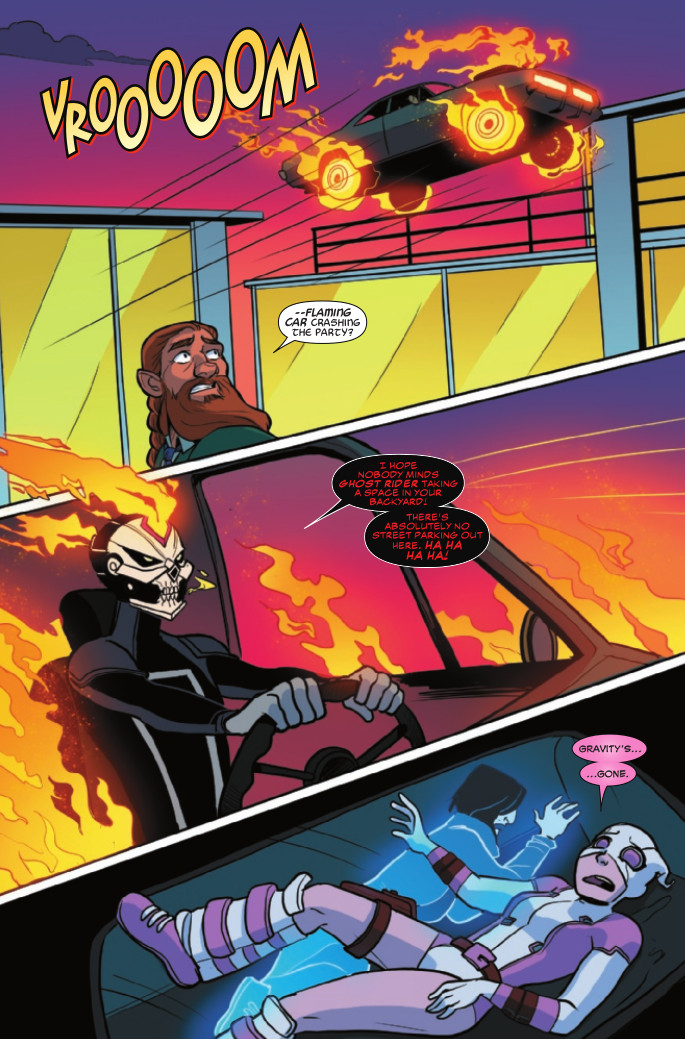 Myisha Haynes and Rachelle Rosenberg handles art this issue, providing some entertaining visuals as the chaos unfolds in the story. We get some nice panels and moments when our heroes meet with Sarah early on in this story, as we get a glimpse into what’s inside of her house full of magic that gives her such personality. Haynes’ art style matches the frantic and comedic tones of the story, shown in the expressions and mannerisms of each character in the panels, especially when Gwen and Kate are being focused on. One standout detail is during the fight scene when Ghost Rider first shows up, as the background setting quickly changes from a night time moment with a Hollywood backdrop to a much more colorful one to match the character’s temperament.

While it’s not as engaging as the previous issues, GWENPOOL #14 is a fun read, showing the fun side of Gwenpool while hiding a more realistic tone underneath. This issue is a reminder of how the character can at times seem like a totem of sorts for readers who’ve dreamed of standing alongside their favorite heroes, and it’s always great to see how that changes in each story that passes. With the ramifications of past events finally racking up, one must wonder where Gwenpool will end up next.