GREEN LANTERNS #9 is the beginning to a new story arc for the series! There have been a few issues since the last storyline that pitted the rookie Green Lanterns against Atrocious and his Red Lanterns. Though that story may not have been completely finished, Jessica Cruz and Simon Baz definitely have some new problems on the horizon.

In recent issues of the GREEN LANTERNS series, there were two goals to the story. The first was to grow the relationship between Cruz and Baz from a combative and selfish one to a strong partnership. I’d even go as far as to say that the relationship grew into a friendship with the rookie Green Lanterns having baked together and going trick or treating together on Halloween. However, the issues have not been all fun and games. This brings me to the second goal; introducing the Phantom Ring to the story. Thus far, all we know is that the Phantom Ring works like any Power Ring in the DC Universe but with one exception: the wielder does not have to be chosen.

READ: Simon Baz and Jessica Cruz baked cookies together? Check out our GREEN LANTERNS #9 Review to find out how it went!

GREEN LANTERNS #9 works more as a prologue for the storyline to introduce a new character in the GREEN LANTERNS series, rather than introducing Baz and Cruz to a new threat. Enter Frank Laminski. I cannot help but wonder if writer Sam Humphries has any ties or a love for the Charlotte Hornets basketball player Frank Kaminski by giving the character that name. Even if there is no connection at all, Humphries’ introduction of a new villain is a smart move for the series. So far, Baz and Cruz do not have an arch nemesis since they are new characters themselves. They do not have a Sinestro to their Hal Jordan. Laminski could fill that role going forward and build a lasting rivalry. 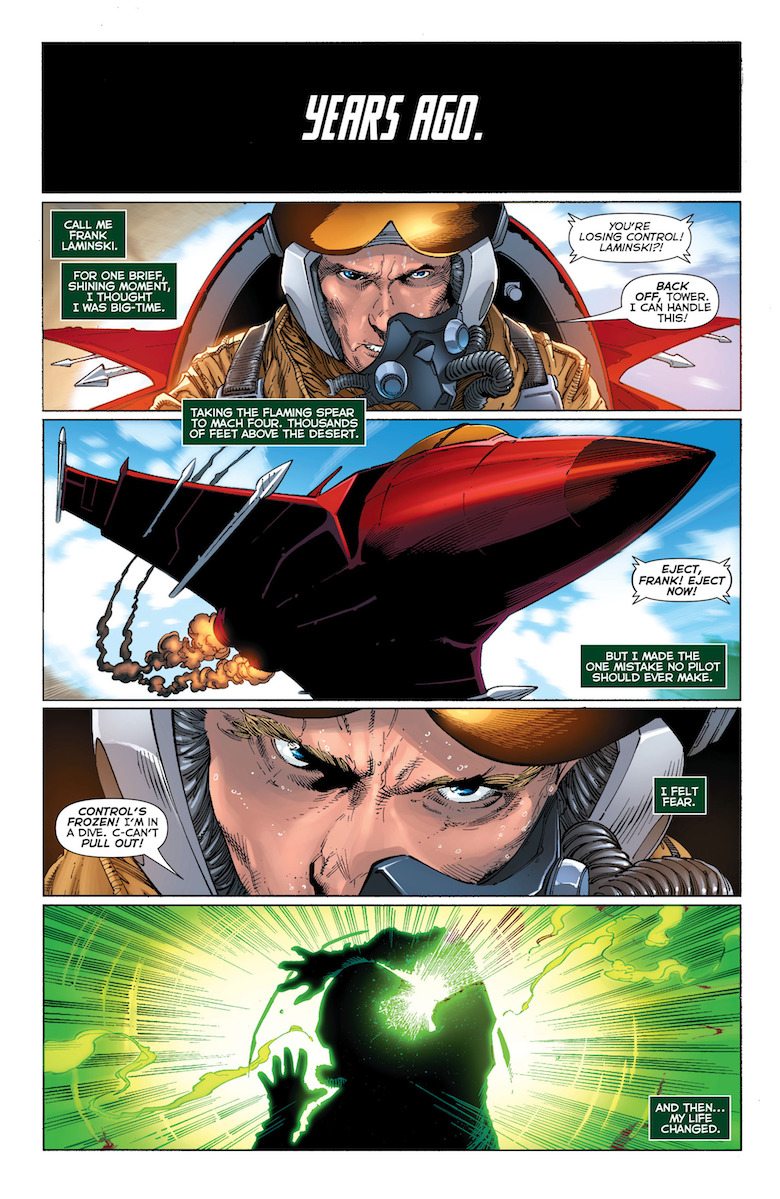 Sam Humphries has sculpted Frank Laminski to be an interesting and deep figure. I’m glad that the author was given a whole issue to develop Laminski, as it allows for the character to have layers instead of a character that just wants to take over the Earth. I feel as though a villain lacks depth when their goal is so simple (like Atrocitus early on in the series). For Laminski, the goal has been one that he has wanted for many years. He wants to be a Green Lantern and every action he has ever taken after meeting a Green Lantern has been in pursuit of this goal. He believes that he deserves it more than anyone in the universe, which adds a nice sense of entitlement for this soon-to-be villain.

READ: Want the story on the Phantom Ring and the little blue guy who made it? Read out GREEN LANTERNS #8 Review for more!

GREEN LANTERNS #9 features stunning art by Robson Rocha. Since this issue is all about Frank Laminski, he does an impressive job capturing the different stages of Laminski’s life from childhood to the present. Also, one of the most important traits the character has is that he feels incredibly insignificant and wants to conquer that feeling. Rocha uses that character trait and simplifies the art a bit to reflect Laminski’s insignificance in his life. Additionally, when Laminski feels like he is becoming important and deserving of a Power Ring, the art becomes more detailed to reflect that he should be noticed. 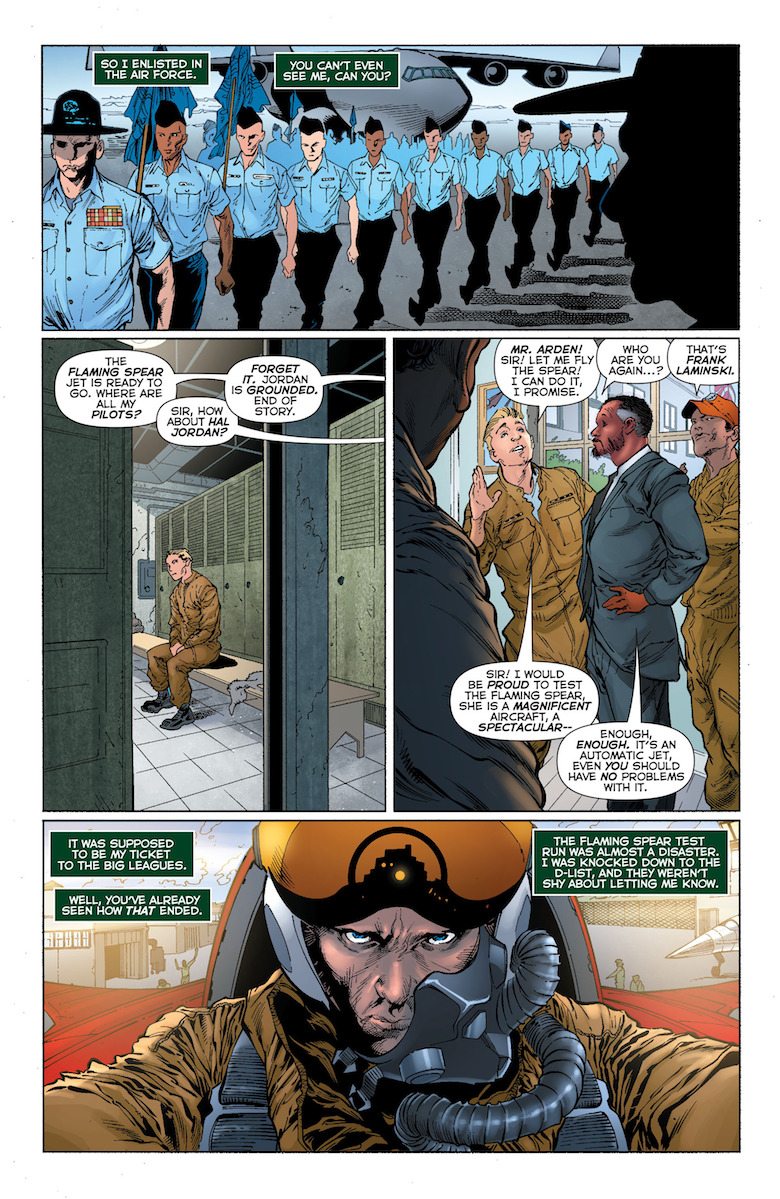 These are the types of issues that I really love reading. Dedicating a full issue to one character allows for so much more to be said and shown for a new character, which is a similar way Simon Baz was introduced. GREEN LANTERNS #9 is a great starting point for the series’ next adventure because of the new villain alone. It’ll be intriguing to see how powerful Laminski becomes and if he is able to get the Phantom Ring and become the first ever Phantom Lantern!