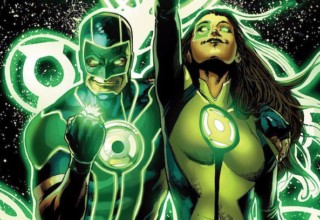 If you’re looking for some blasting lights and edge-of-your-seat action, this is not that issue. GREEN LANTERNS #7 is a more intimate story about the growing relationship between Simon Baz and Jessica Cruz.

READ: Go back and check out our GREEN LANTERNS #6 Review! It’s awesome!

After concluding the Red Dawn story arc, author Sam Humphries begins the next adventure for the rookie Green Lanterns in GREEN LANTERNS #7. It’s not the flashiest way of starting a new storyline, but it is quite endearing. Instead of going right into a new threat, we get more of a look into the life of Simon Baz…as he attempts to bake. It’s a a challenge unlike those we’ve seen Baz tackle, but it’s still important. It allows for readers to empathize with Baz beyond his troubles due to being classified as a terrorist. He enlists his partner Jessica Cruz on this mission and with her anxiety, there’s no guarantee that it will go well. Meanwhile, the Guardian Rami is meditating in order to root out impending threats, which sends him on the run. 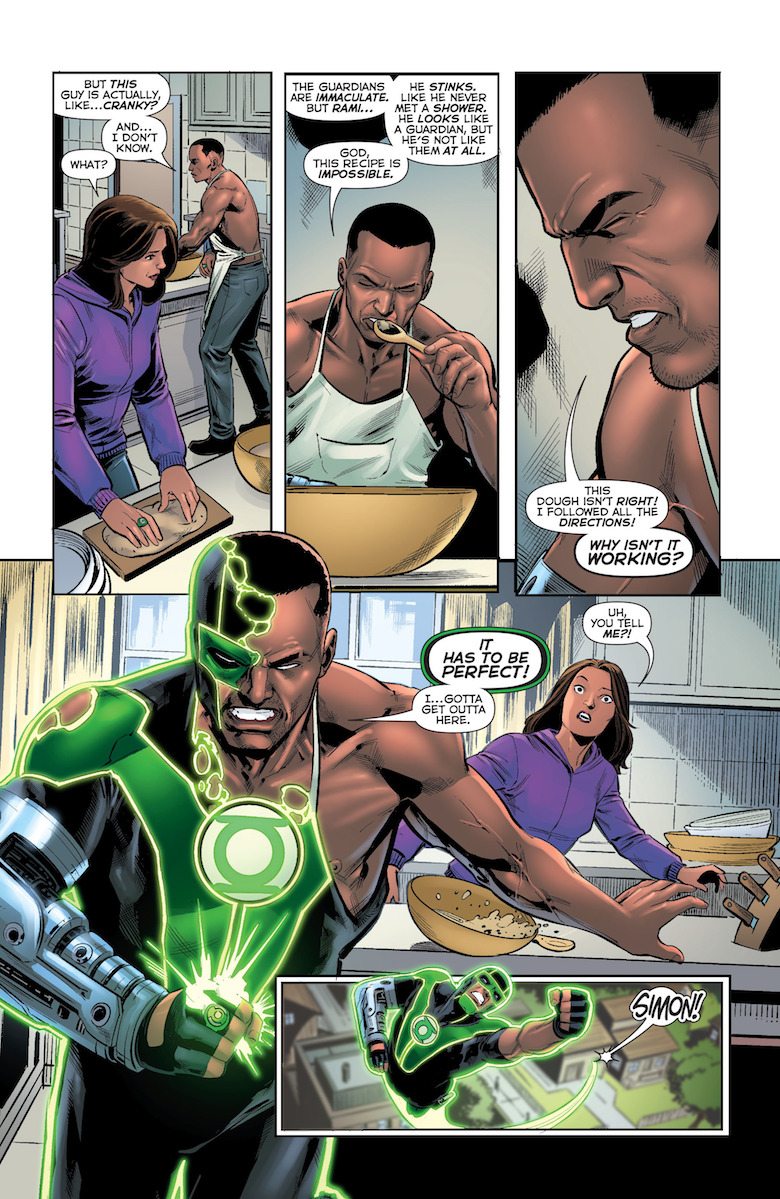 Even though the issue starts with Cruz and her inner monologue, there is no mistake that GREEN LANTERNS #7 is about Simon Baz. This whole issue is incredibly personal for Baz as his overly critical mother is coming for dinner. He’s baking Lebanese cookies specifically for her, since they are a tradition every Halloween for the Baz family and he wants to impress her. It’s touching for a tough character like Baz to open up to his new partner about needing his mother to have pride in him. This is a fantastic addition to Baz’s character, as he has been a bit neglected by Humphries in recent issues. Humphries finally gives us more characterization for Baz, rather than just his anger and pain of the discrimination he feels from the public as a Muslim man in the US.

READ: The greatest Green Lantern Hal Jordan has his own adventures! Check him out in our HAL JORDAN AND THE GREEN LANTERN CORPS #4 Review!

Ronan Cliquet joins the GREEN LANTERNS team for the first time in the series. This may be due to the short time frame between issue releases (GREEN LANTERNS #6 released last week), but Cliquet is impressive in his series debut. He does a great job with both serious moments and light-hearted, fun situations with our characters. For example, in the beginning we are led to believe Baz is in danger while Cruz is preparing to help him. The page transitions to a less serious moment and Cliquet compels readers to immerse themselves into the change. 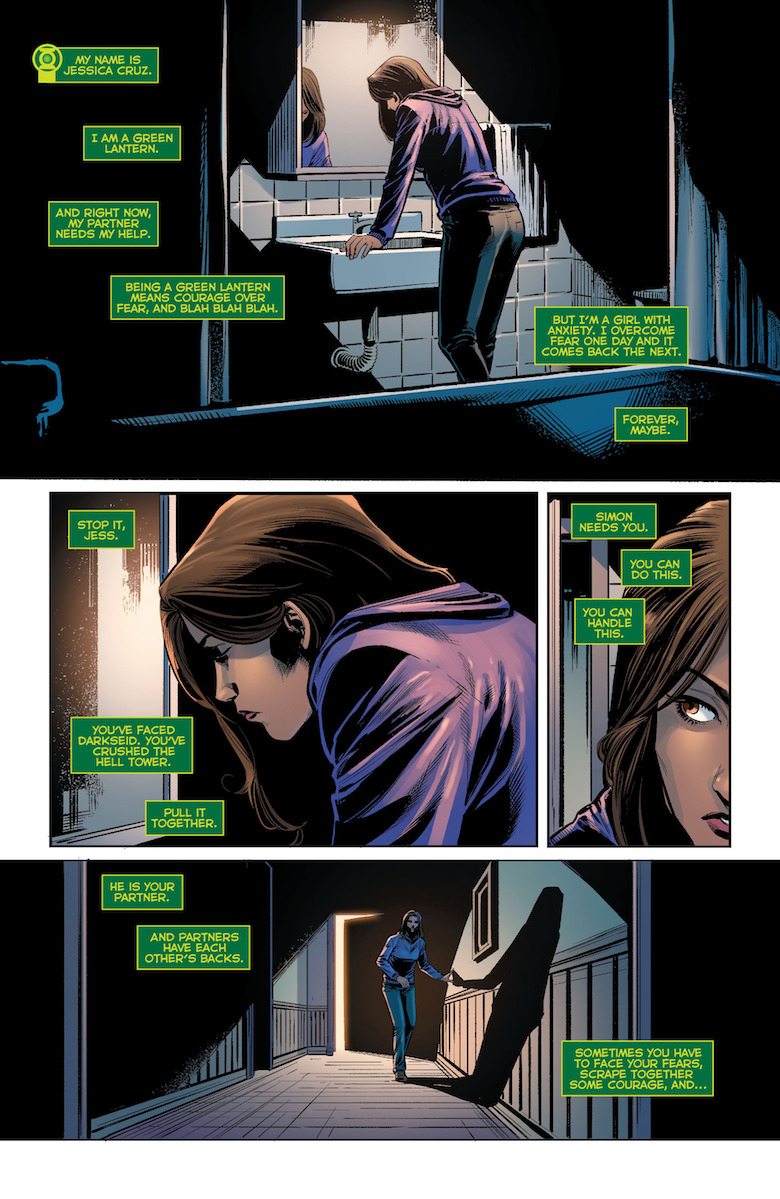 GREEN LANTERNS #7 is a fun issue that Baz and Cruz fans will enjoy. Even though the issue doesn’t get into the impending threat that the Guardian Rami mentions in the issue, we at least get an insight into the civilian lives of Cruz and Baz. The next issue should find the rookie Green Lanterns chasing down Rami and trying to figure out why he is fleeing. Also, maybe we will get Hal Jordan back into the series, though he is busy at the moment. Either way, GREEN LANTERNS #8 looks to jump into a story arc about Rami’s new ring and that could shake the GREEN LANTERN universe.