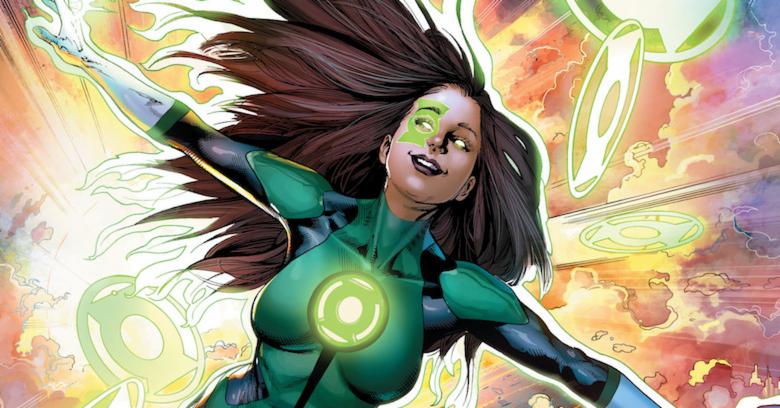 The battle against the Red Lanterns comes to an end in GREEN LANTERNS #6. This issue is packed with some fitting elements that wrap up the first story arc. Also, GREEN LANTERNS #6 quickly leads to the next adventure for the rookie lanterns of Sector 2814.

Previously in GREEN LANTERNS #5, Simon Baz and Jessica Cruz finally confronted the Red Lanterns. Atrocitus ordered his Lanterns to protect the Hell Tower while Dex-Starr planted the Rage Seed into the Earth’s core. The odds became too great for the Green Lanterns as Cruz hid after being chased by several Red Lanterns and Baz challenged Atrocitus in a losing effort.

READ: Go back and check out our GREEN LANTERNS #5 Review right here!

GREEN LANTERNS #6 finishes off the story incredibly fast and feels anticlimactic. Atrocitus has Baz by the throat and the situation seems dire. Meanwhile, Cruz is still hiding from the remaining Red Lanterns. Baz does eventually get some help from Cruz and it makes sense for the story as a whole. However, the end is painfully boring. If you’ve been reading GREEN LANTERNS from the beginning of REBIRTH, it becomes obvious that Cruz will eventually understand what it means to be a Green Lantern and figure out her powers. When she finally does get the hang of her powers, the end result is less than impressive, even though Baz is somehow astonished by her construct. I would’ve liked to see the two of them working together to solve the problem. It seemed like a huge mistake for the team when they kept splitting up and finding each other at odds, so some sort of teamwork would have been nice to see. 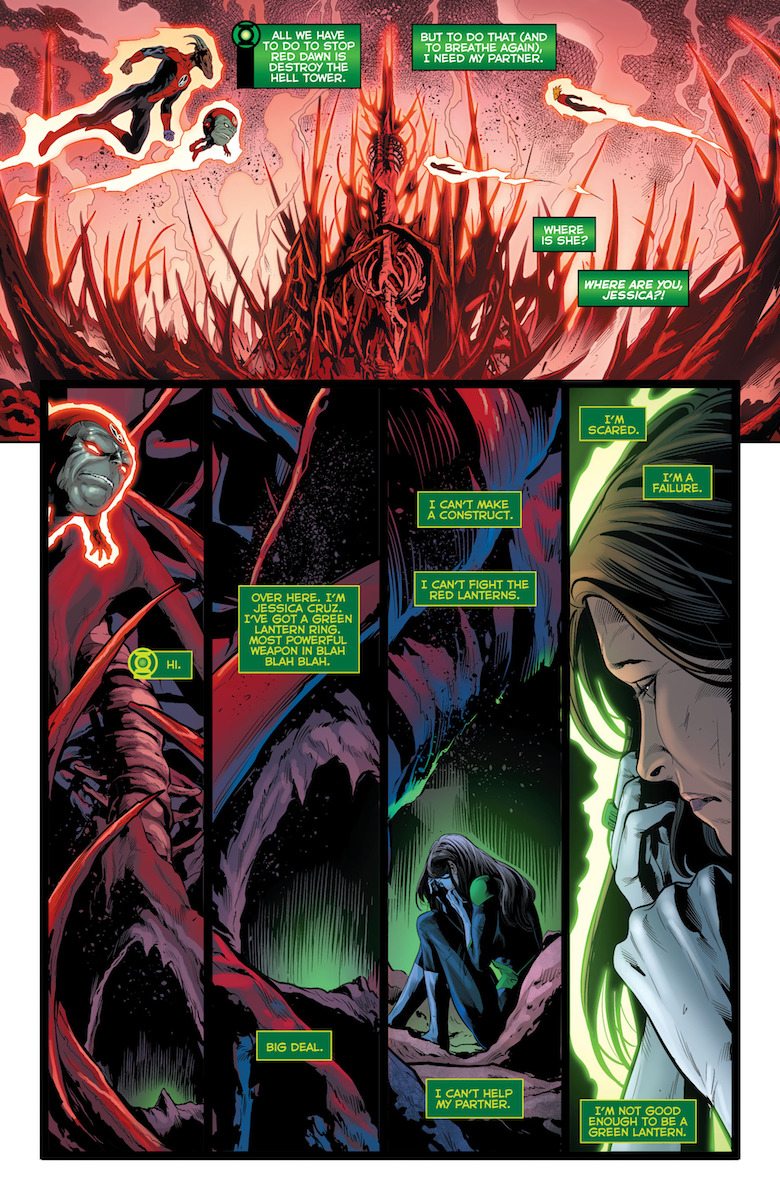 Throughout the series, Baz has lacked a lot of substance as a character and this issue is no different. The important aspect about Simon is his new “Emerald Sight” power, but writer Sam Humphries has yet to explore the ability in greater length. This ability gives Baz a kind of glimpse into either the future or a possible future, and it could’ve been much clearer if explored. Emerald Sight seems like a fantastic device for Humphries to use in order to get some character depth out of Baz. Hopefully, this will be explored later.

READ: What has the greatest Green Lantern been up to? Read more on Hal Jordan’s adventures here!

On the other hand, Cruz’s character development is strong in GREEN LANTERNS #6. I enjoyed her inner monologue about conquering her fears and her doubts about being a Green Lantern. Humphries creates a well-structured back and forth between her thoughts before gaining willpower. It is refreshing to see a Green Lantern fighting their emotions and anxiety instead of just fighting other ring bearers with the power of emotions. 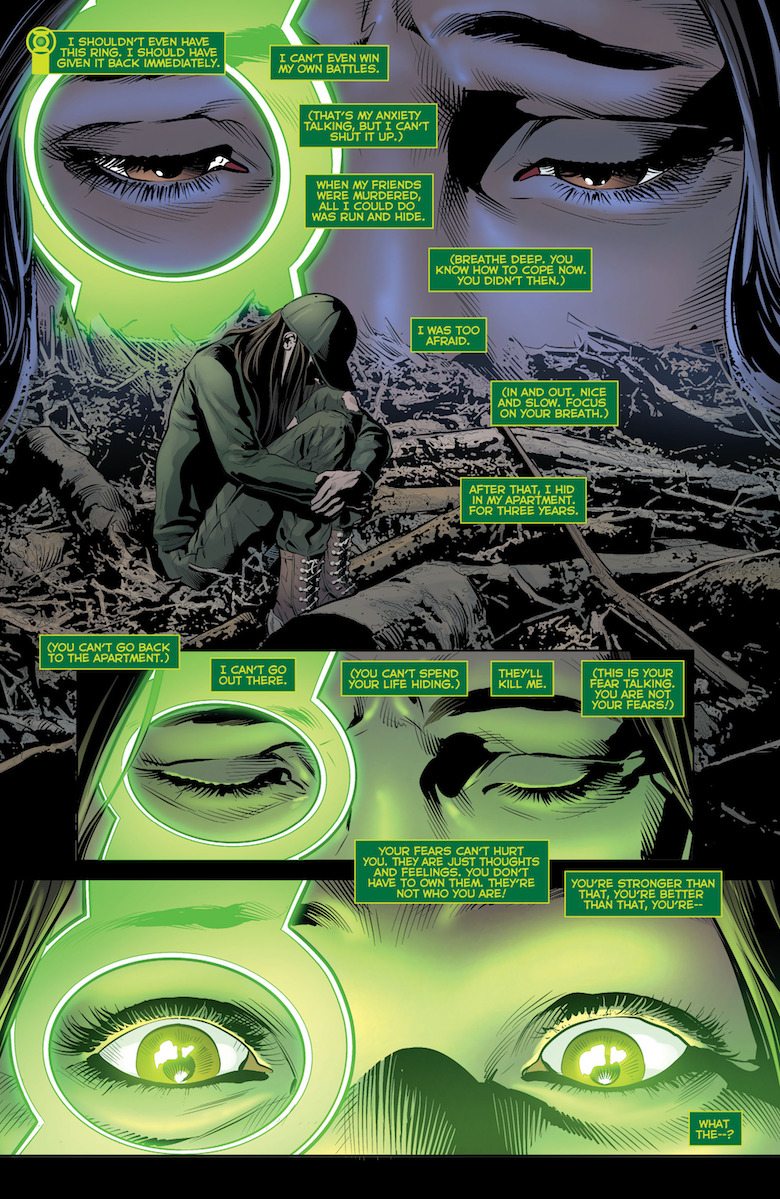 Jack Herbert shows off his skills in this issue with his amazingly drawn characters. Though the landscapes and scenery left me wanting a bit more detail, the facial expressions are stunning. The characters go through a multitude of emotions in this issue and the detailing is done wonderfully. This is especially true for Cruz as she goes from afraid, to shocked, to confident in a matter of seconds. Also, there’s a beautiful sequence on the last page of the issue that deserves attention! 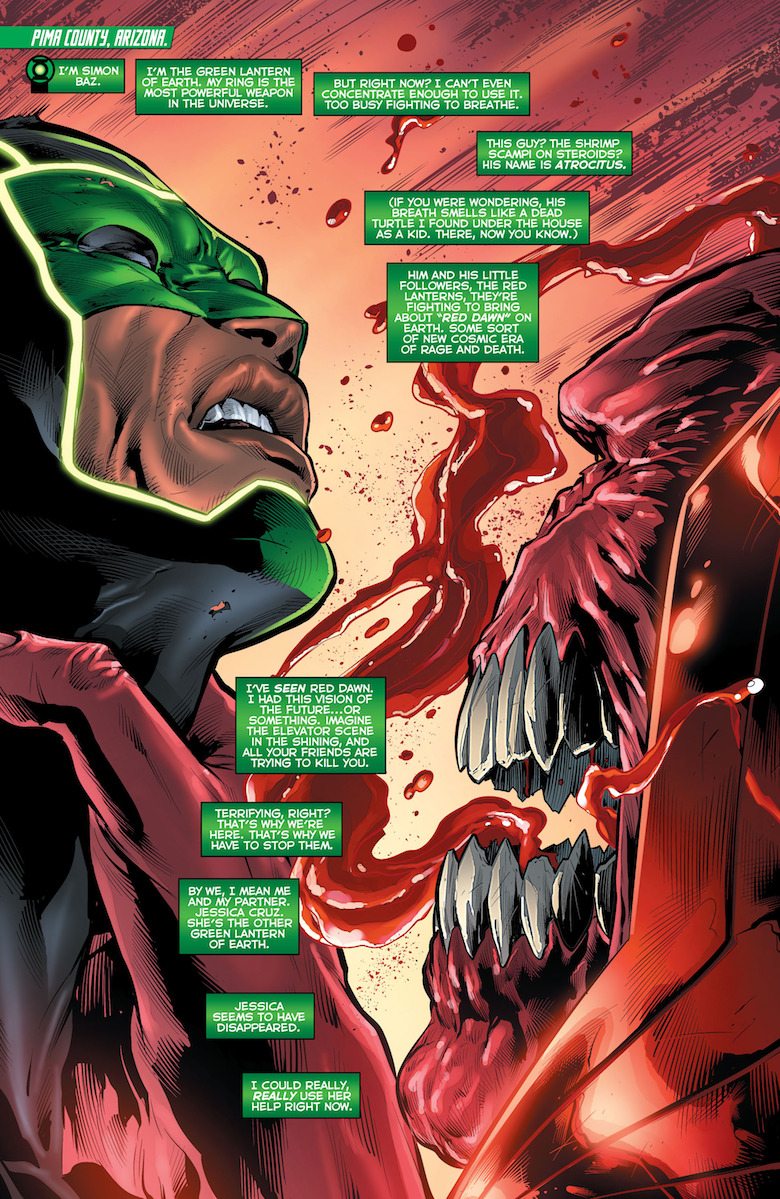 GREEN LANTERNS #6 does its job by ending the first story arc of the series. Though it may not be the best issue, it sets up the future for the GREEN LANTERNS series. It looks like the rookie duo will now have to deal with the new Guardian that’s been staying with Baz’s family. All the while the Red Dawn is still a threat. If Cruz and Baz stay on the same page, they should be able to handle these new challenges.