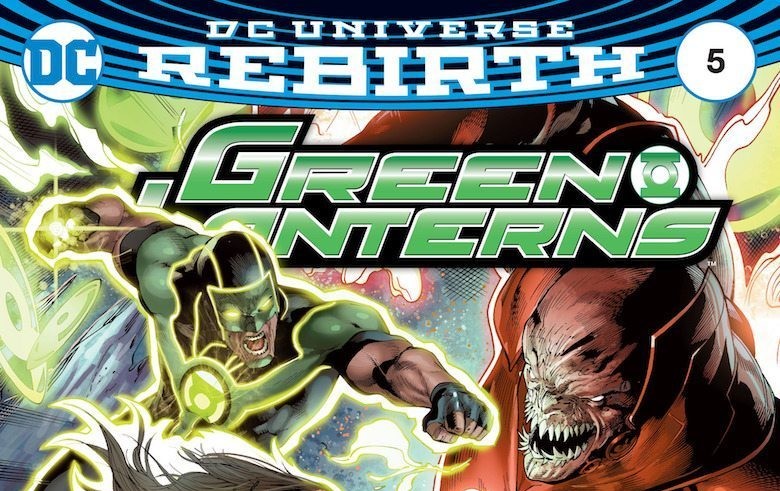 GREEN LANTERNS #5 is here and the talking is finally over for Jessica Cruz and Simon Baz. The issue immediately jumps into the action as the two rookie Green Lanterns are confronted by the Red Lanterns. This installment offers little in character development, but the action is brilliant.

READ: Want more on the previous issue of GREEN LANTERNS? Check it out here!

GREEN LANTERNS #5 continues right where the previous issue left off. Cruz and Baz are quickly ambushed as Atrocitus dispatches all of his Red Lanterns to protect the Hell Tower from the Green Lanterns. The only exception is the Red Lantern Dex-Starr, who is sent to deliver the Rage Seed deep down into the Earth’s core (what a good kitty for furthering the storyline!). The rest of the issue follows the battle between the rookie Green Lanterns and the Red Lantern Corps and it is seriously welcomed since there has been so little action in the series thus far. The fight is a tough one and it makes sense with both Baz and Cruz being rookies and not fully in control of their new powers. Cruz still hasn’t been able to make a construct yet! 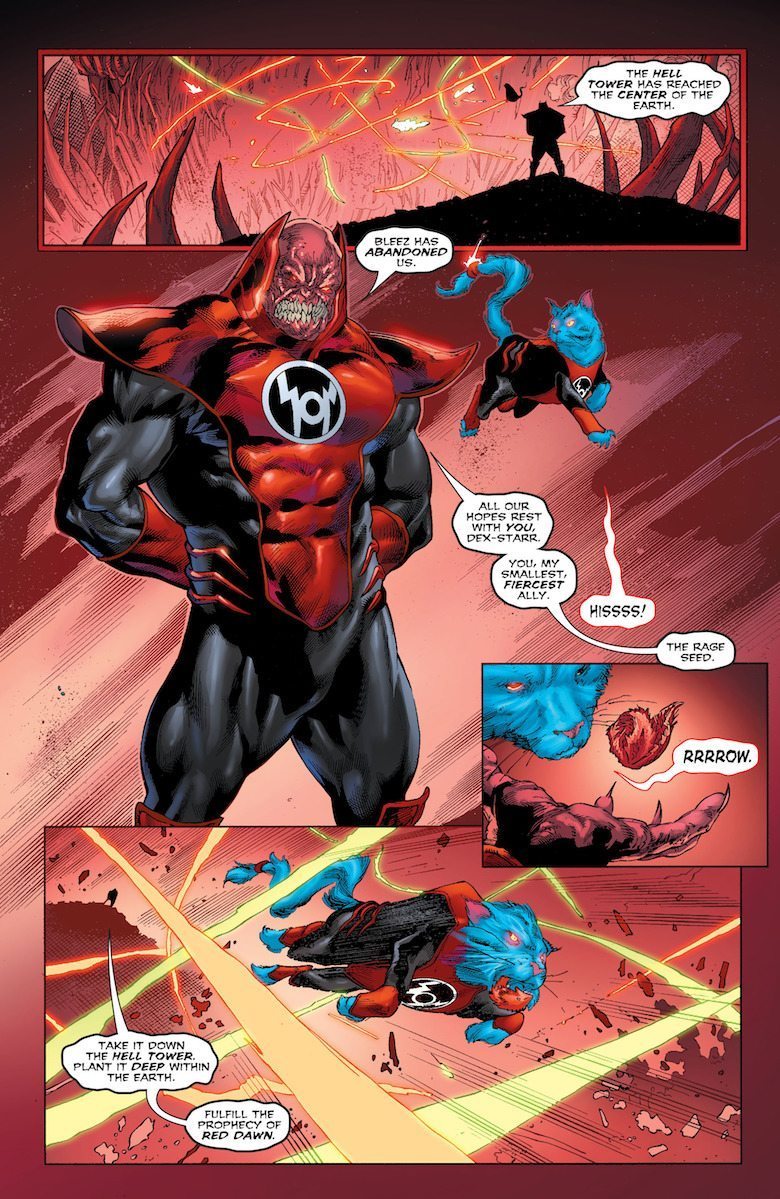 Early in the issue Sam Humphries writes in some flashback panels for Jessica and Simon, where they monologue about their respective pasts. They’re short and thankfully only fill a few panels because hearing their pasts yet again is beginning to feel very repetitive. Each issue has a few pages that reiterate Jessica and Simon’s backstories. I don’t think the readers need to be reminded that Jessica suffers from anxiety and Simon faces prejudice every issue.

GREEN LANTERNS #5 offers little character development for Cruz and some for Baz. For Jessica, things always seem to be the same with each issue. She attempts to be the brave hero and engage in the fight, but eventually gets overtaken by her emotions. This time, instead of rage, she is hit with fear. Cruz loses all confidence when she is confronted by all of the Red Lanterns and it’s becoming an annoying cycle with her character. Humphries will need to give the character more or else she will be an anchor on the team. While only appearing in the JUSTICE LEAGUE series, Cruz had a lot of depth and development that now feels wasted. On the other hand, Simon does grows a bit in this issue. GREEN LANTERNS #5 explores his new power of Emerald Sight, which so far seems like a form of foresight. The power pushes him to go off on his own and try to take on Atrocitus, leaving Cruz to the other Red Lanterns. Splitting the team like this is terrible, especially since the two seemed to come to an understanding in the previous issue. The duo needs to face things together for a better fight or the series will be completely stale.

The art by Robson Rocha is as impressive as it has been throughout the series. Each Lantern, whether Red or Green, looks amazing in their character design. This is especially impressive since the Red Lanterns are comprised of several alien creatures, which Jessica Cruz comically points out. Also, this issue is mostly packed with action and the art creates a wonderful flow for the fight. 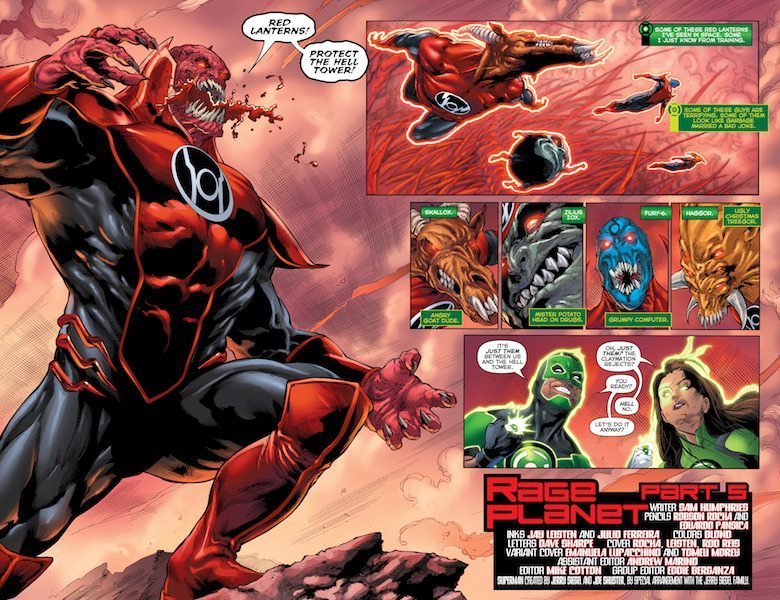 GREEN LANTERNS #5 is a necessary issue to further the storyline, show some action, and test the rookie Green Lanterns against larger odds. Much of the overarching story for Jessica Cruz has been incredibly repetitive, but at least there is a decent plot for Simon Baz. It seems as though the duo is continually at a disadvantage and I hope that it works towards a big payoff as they attempt to defeat the Red Lanterns in the next few issues.