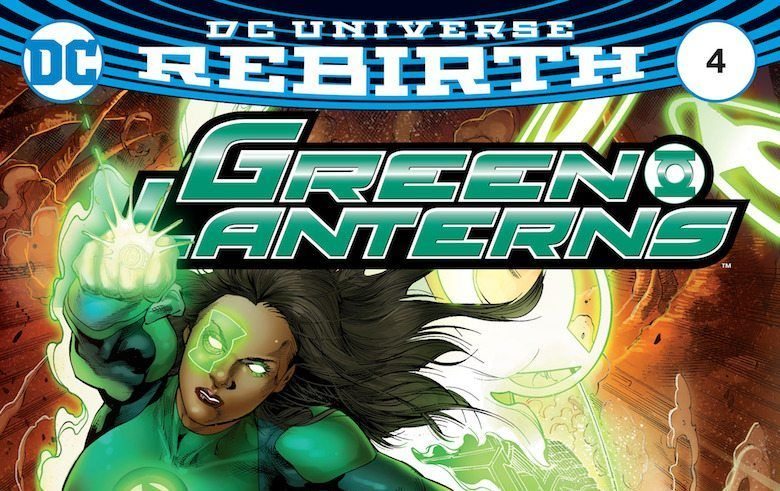 GREEN LANTERNS #4 pits Jessica Cruz against her new partner Simon Baz! To begin, the issue as a whole is a disappointment to the series. The story involving the Red Lanterns is barely expanded upon, while the art is lackluster compared to the previous issues. As for the characters, both Baz and Cruz basically restate their personal problems and hang-ups, which is now becoming repetitive.

Previously in GREEN LANTERNS #3, the duo of Cruz and Baz went to investigate the giant Red Tower that has erected. The structure was the creation of the Red Lanterns and has been the source of the infection upon the people of Earth. To prevent the Green Lanterns from interfering with their plan to transform Earth into their new home, the Red Lanterns’ leader, Atrocitus, sent Bleez to kill them. Bleez failed and when the Green Lanterns ventured closer to the Tower, Cruz became infected with rage.

GREEN LANTERNS #4 starts off with Jessica and Simon battling inside of the Red Tower. Simon’s power ring is nearing depletion and Jessica is relentless in her hatred for him. The rest of the issue focuses on their confrontation in the Red Tower. The fight itself is anticlimactic. They barely clash in the issue and it’s odd that they don’t have a huge brawl, considering the GREEN LANTERNS #3 cliffhanger led me to believe a hardcore fight would happen in this issue. Also, GREEN LANTERNS #4 doesn’t really advance the story all that much. The only new information we get on the Red Tower is that it’s burrowing itself deep into the Earth, which seems obvious when previous issues mentioned a “Red Seed.” 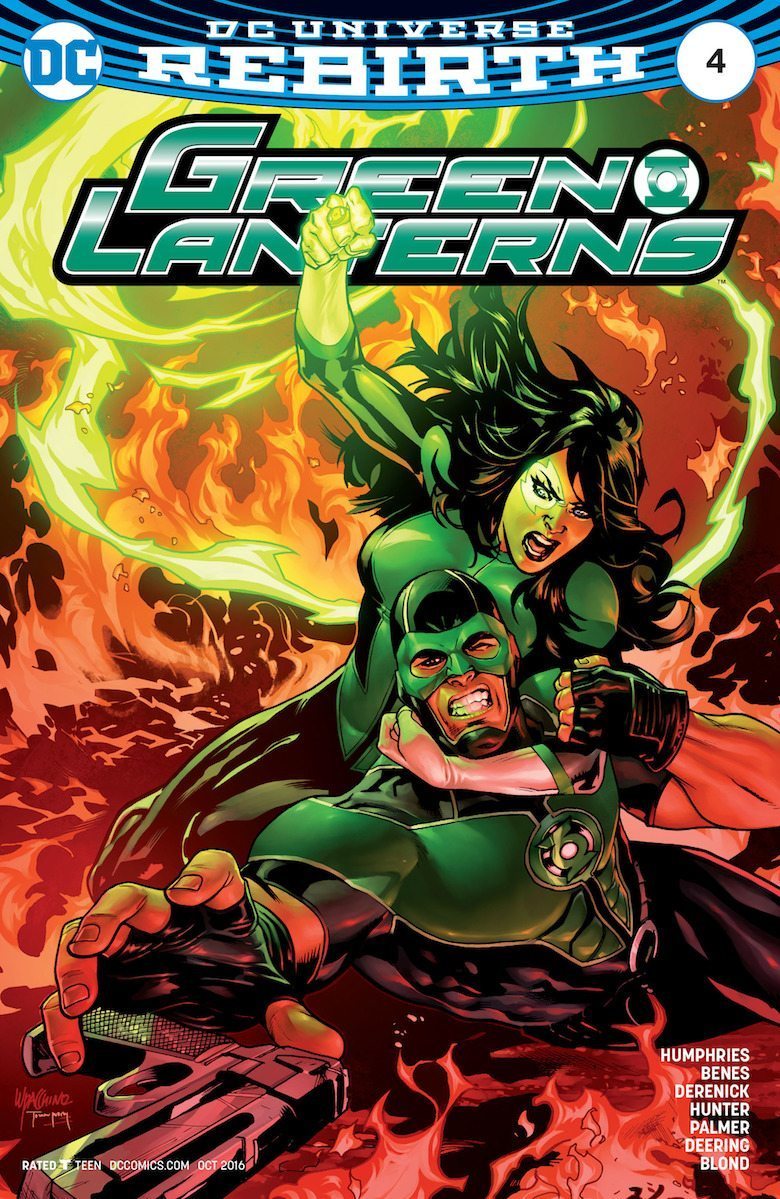 There is a moment in GREEN LANTERNS #4 where Jessica Cruz snaps out of the rage influence. It is a bit unclear of how or why this happens, but this is the least of the issue’s problems. This leads to an unnecessarily lengthy conversation between Cruz and Baz. There is little in the way of character development here as they share the same information about themselves that has been revealed and recounted by the characters in the previous issues of the GREEN LANTERNS series. We get it – Cruz lacks confidence and is unsure of her abilities as a Green Lantern, while Baz is stubborn and untrusting due to his past. It feels as though Sam Humphries is hammering it in a bit too much. The only upside to the fight and conversation is that they lead to an understanding and cooperation between Baz and Cruz.

READ: How did Cruz and Baz become partners? Find out here!

The art by Ardian Syaf is not as great as what we have seen in previous issues. The earlier artwork had some stunning detail when it came to character designs and had many more imaginative power ring constructs. However, Syaf does an impressive job capturing the array of emotions expressed by each character. Faces are immediately telling of fear, confusion, anger, and desperation. This is especially the case for Simon Baz as he gets thrown into the Red Tower and has to face off against Jessica. 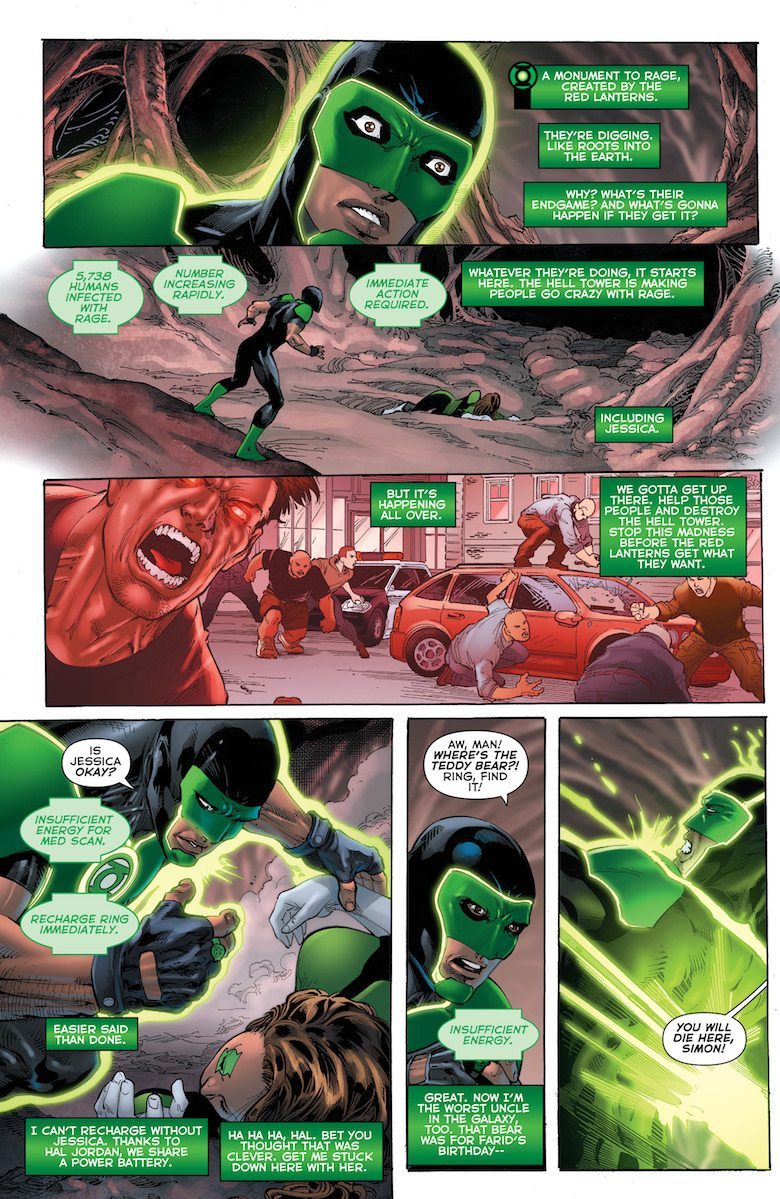 GREEN LANTERNS #4 is disappointing as a whole. The last issue was incredible and offered a buildup that could and should have paid off in this one. With the change in Bleez’s rage, the surprise Guardian guest in the Baz household, and Jessica consumed with rage, Humphries had a lot to work from. Hopefully, the storyline will progress better in the following issues.