In GREEN LANTERNS #11, we see what Frank Laminski can do with the Phantom Ring. Is he the hero that he believes himself to be? Or will Simon Baz and Jessica Cruz have to take him down? Sam Humphries, Cam Smith, and Robson Rocha set these questions up in this issue!

Previously in GREEN LANTERNS #10, Laminksi set fire to an innocent woman’s house as a distraction for the rookie Green Lanterns. Baz and Cruz left the Guaradian Rami and Simon’s brother Nazir alone with the Phantom ring to deal with the fire. This resulted in Volthoom and Laminski overpowering Rami and flying off with the Phantom Ring.

READ: Want more on the previous issue of GREEN LANTERNS? Check it out here!

The story mainly focuses on Frank Laminksi and his newly stolen Phantom Ring. He decides to use the ring to be a hero like the Green Lanterns. While relishing in the power of a lantern ring, he comes across a boy and his dog as they are being swept up by a tornado. He ends up saving the both of them and afterwards, Cruz and Baz show up on the scene to get the Phantom Ring back. It makes sense for Humphries to have Frank try to be a hero at first. He has wanted to be a Green Lantern ever since Hal Jordan saved his life from a plane crash, so it’s the first thing he’s going to do with the ring. His belief in heroism is a bit distorted since he believes that he should be recognized for his efforts. It seems like he wants to be a Green Lantern for all of the glory that comes with it rather than being a hero for the sake of doing the right thing. There is even a sequence where Laminski is momentarily upset that the boy did not thank him for the save and instead asks him to save his dog. 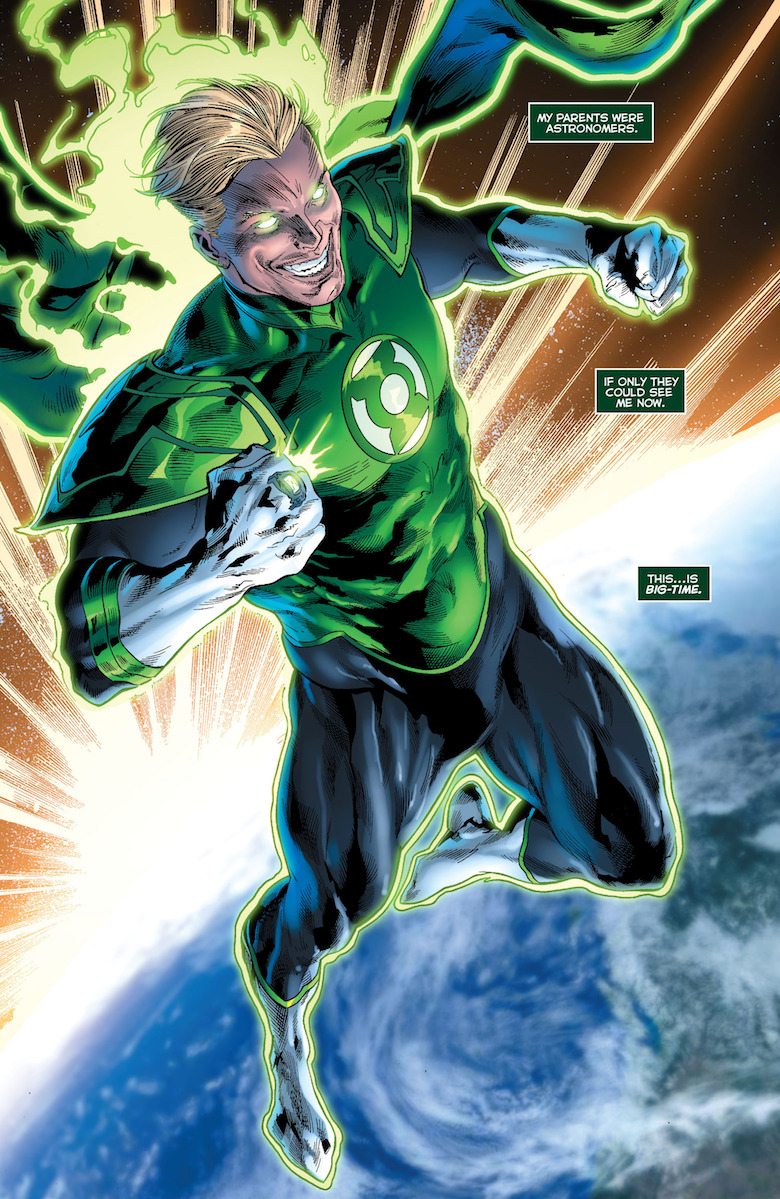 In terms of characterization, there is not much in the way of Simon Baz or Jessica Cruz. They just try to do the heroic thing and get the Phantom Ring away from Laminksi. The character development focuses more on Frank and his transformation towards evil. This is not a bad thing, since building up a villain allows for a response by our heroes to show us what they’re really made of. Humphries lets us know that Laminski is all about ego. He wants to be a Green Lantern to prove that his hard work has paid off. Not only that, but he wants to be in the spotlight after a life time of mediocrity. If showboating in front of a news camera is not enough to prove Laminski’s egotistical behavior, then I don’t know what is.

READ: Frank Laminski has a rough past. Learn more about it in GREEN LANTERNS #9!

The art by Cam Smith and Robson Rocha is the most hauntingly beautiful art I have seen in a comic book in a while. There is a gloomy feel throughout the issue with the dark colors used. This is largely due to the tornado that almost kills the boy and his dog and the aftermath of that same tornado. The gloom and darkness adds to the feel of evil for Frank Laminski by creating an association between color and Frank. It’s a little subliminal, but it works to hint to readers of Laminksi’s increasing turn to villainy. 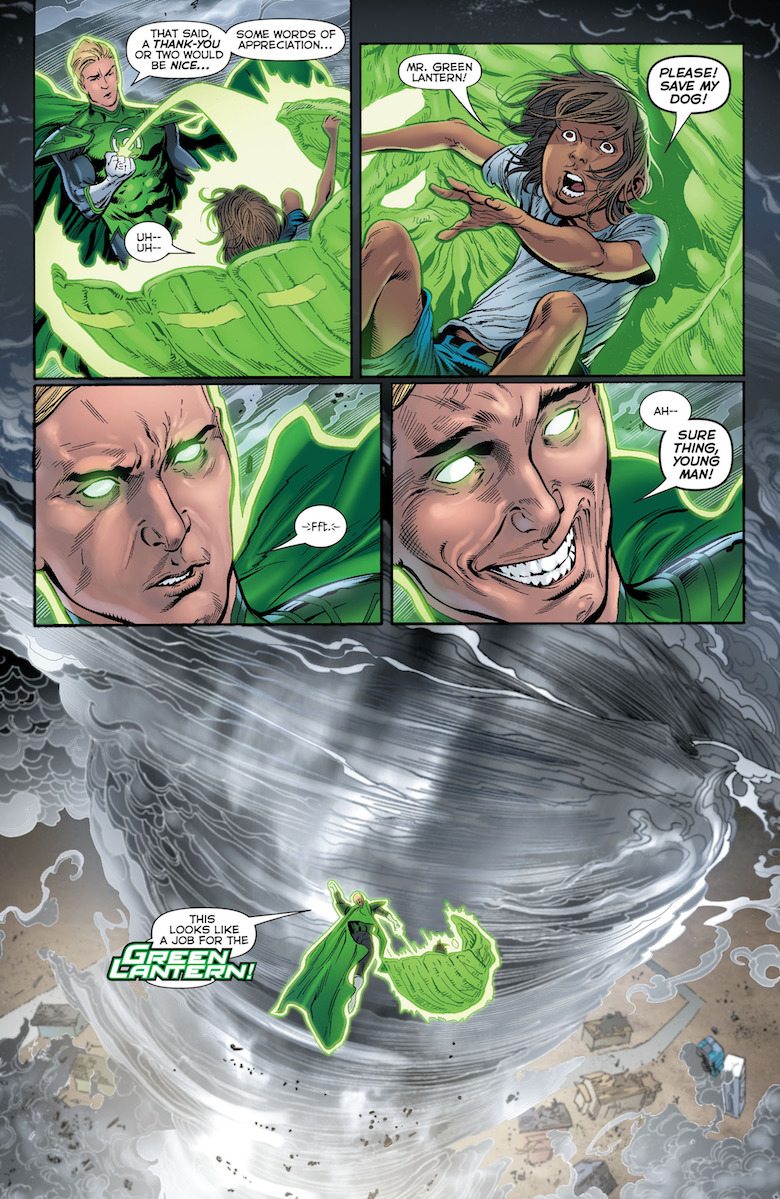 GREEN LANTERNS #11 is a great issue that sets up Frank Laminksi to become the hero he wants to be and thinks he is, and then lead to his fall from grace. He is surely turning into a villain and looks to be a challenge for Simon Baz and Jessica Cruz in the oncoming issues. I can’t wait to see what else the Phantom Ring can do and what else is in store for Laminksi, Baz, and Cruz.