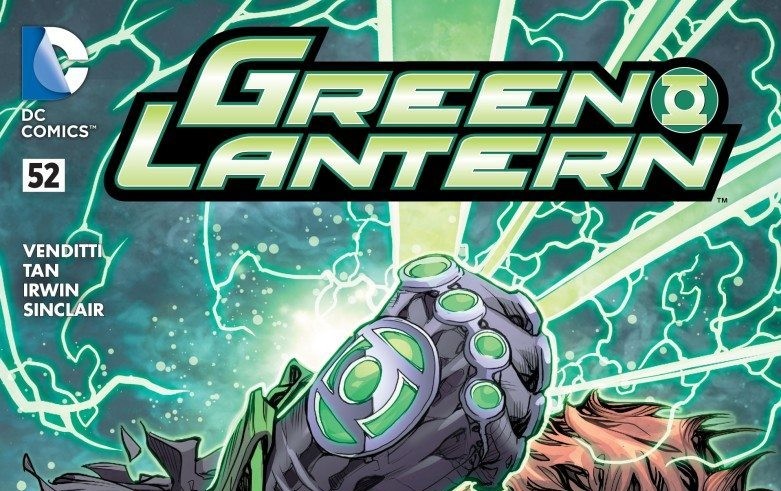 Another chapter in the legacy of DC’s favorite emerald knight ends, but GREEN LANTERN #52 opens more doors than it closes. True to Geoff Johns’ words, Rebirth will likely be picking up the strings of where this GREEN LANTERN run finishes. Unfortunately, the actual finish is a bit lackluster and feels a bit more like DC wanted to cobble together an ending to this run before committing itself entirely to the relaunch of the title. It’s anyone’s guess what’s going to happen in Rebirth, but it better be satisfying enough to warrant such a soft arc-ending in this issue.

GREEN LANTERN #52 picks up immediately where #51 left off with Hal facing off against the Grey Agents to free his friends, and the story winds up being a bit of a reflection on the character. Like so many of DC’s releases recently, this one will benefit from a trade format since it feels strangely without context on its own. The story itself is not bad, per se, and since the story is concluding an arc, contextual treatment makes sense. However, the ending doesn’t provide enough of a punch to warrant that treatment, and that is why it will be very important to see how this issue ties into Rebirth. Who knows? Future context may redeem certain qualities of this issue. 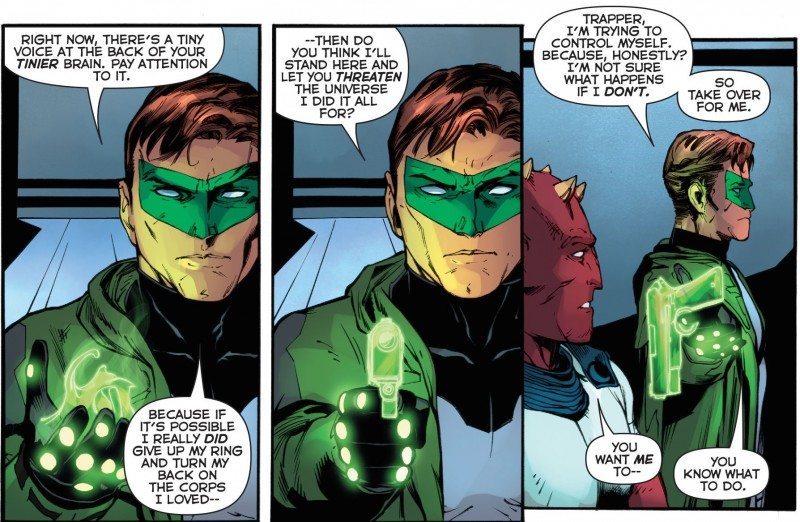 Make no mistake; there are certain elements of this issue that are great, but it all just feels a bit lackluster when you think of the scale on which a Green Lantern story exists. The characterization of Hal Jordan is one of those great moments. Even if it is sparsely addressed, we get a few glimpses into Hal’s moral struggles. Since becoming a fugitive and taking the fall for the Guardians, he’s been wrestling with the concept of free will and all that entails. Throughout #52, Hal alludes to the fact that he may not be in total control of his actions and to his fear of his unconscious drives. Altogether, it has a good-old fashioned Jean-Paul Sartre-esque existential vibe regarding human free will and the burden of responsibility that comes with it.

It’s actually a bit of a shame that this is the last issue of this run since these ideas could have provided an interesting examination of Hal Jordan, the Green Lantern mantle, and its relationship to Sinestro and the Yellow Lanterns. Here, the ideas are great, but they’re mostly embryonic and could use some in-depth discussion in later issues (which they aren’t getting), so they end up being more like fun teases than anything else.

READ: How did Geoff Johns reinvent the Green Lantern? Read our review of his revitalization of this classic character!

The art’s not too shabby, either, but isn’t going to knock your socks off. Billy Tan does some nice work on the penciling, but the lackluster nature of Robert Venditti’s story doesn’t provide a lot of room to experiment. It ends up being a little “by-the-numbers,” so while it isn’t poor artwork by any means, there isn’t a great deal to say about it either. 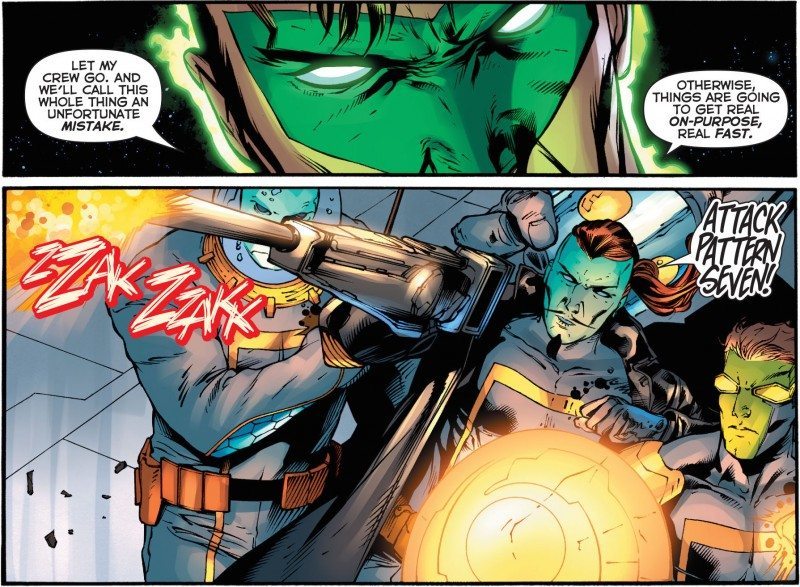 It’s unfortunate that GREEN LANTERN #52 doesn’t stand much on its own. As an ending, it doesn’t feel all that satisfying and unfortunately reads like a set-up for the Rebirth relaunch of the title. It’s not terrible, but it isn’t great either. It feels slightly rushed and corporate when all is said and done, which is a shame given the talent behind this book. Even if Rebirth can redeem this ending with context, though, it will just result in the whole book lacking any real pay-off.