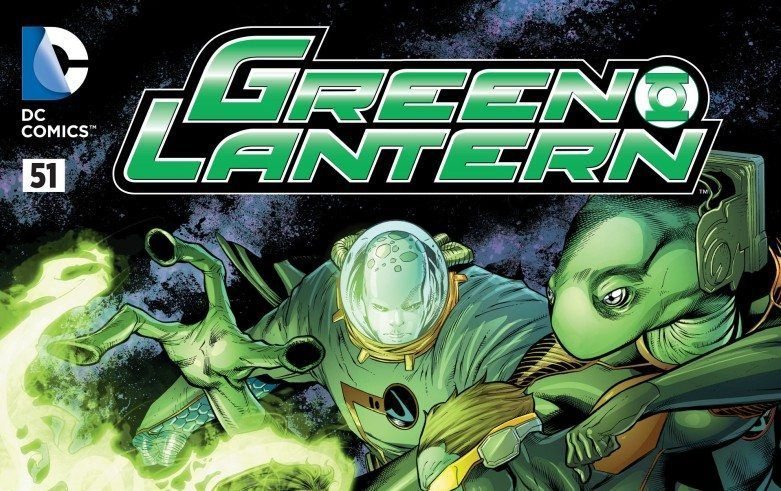 Green Lantern’s in a bit of a weird place right now. It seems like DC is throwing around different interpretations of Hal Jordan and seeing what sticks because they’re not too sure of where to take the character. Of course, they could retire him in favor of another Lantern, but with the current DC movie slate being inspired in large part by the New 52, Hal’s probably being kept around for exposure purposes.

READ: Need some new reading material? Did you know ComicsVerse has webcomics? Give them a read!

GREEN LANTERN #51 sees a sort-of return to form for Hal Jordan. After taking responsibility for crimes he didn’t commit, Hal returned to Earth to visit his brother and family, fight Parallax, and now he is green and translucent. That’s where things are at in #51. Unfortunately, this issue doesn’t answer why it is Hal suddenly looks like one of his constructs and that’s a pretty big question I would have liked answered here. Instead, the story moves on to bigger and more important things directing Hal forward on his next mission to confront the Grey Agents. That leaves this issue feeling a little bit like connective tissue to a bigger story. It’ll probably read well in the trade when that is released, but as a standalone issue, it doesn’t have a great deal going on in terms of plot. 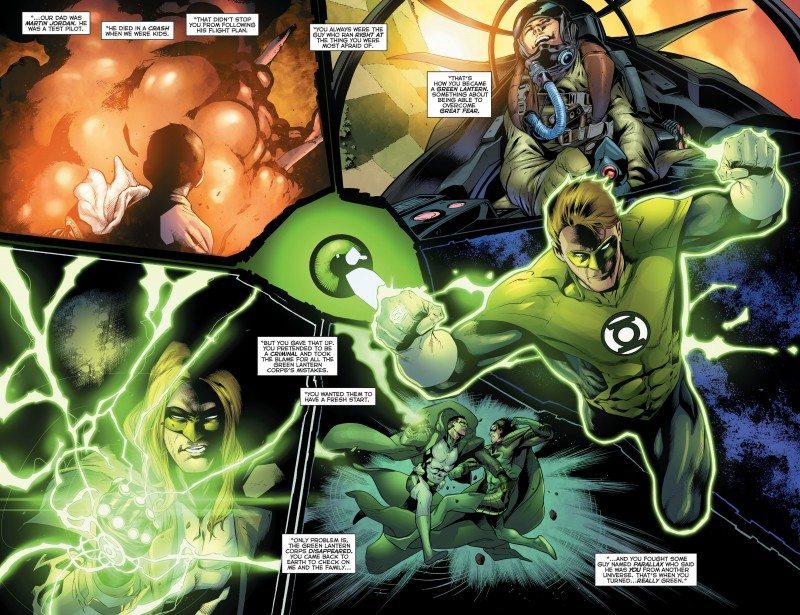 On the plus side, there’s some very cool art on display here. Rafa Sandoval and the rest of the art team capture much of that distinctly Green Lantern space vibe. It isn’t too STAR WARS or too TRON; it stands on its own, which can be difficult to accomplish with the litany of great sci-fi works out there in comics or otherwise. There’s some interesting panel-work as well that works to varying degrees throughout the book. In particular, one of the earlier pages has a panel layout with Hal’s eye at the center of all the panels. It’s crisp, dynamic, interesting to look at, and easily the best spread in the book.

LISTEN: Got some time to kill? Kick back and give one of ComicsVerse’s podcasts a listen 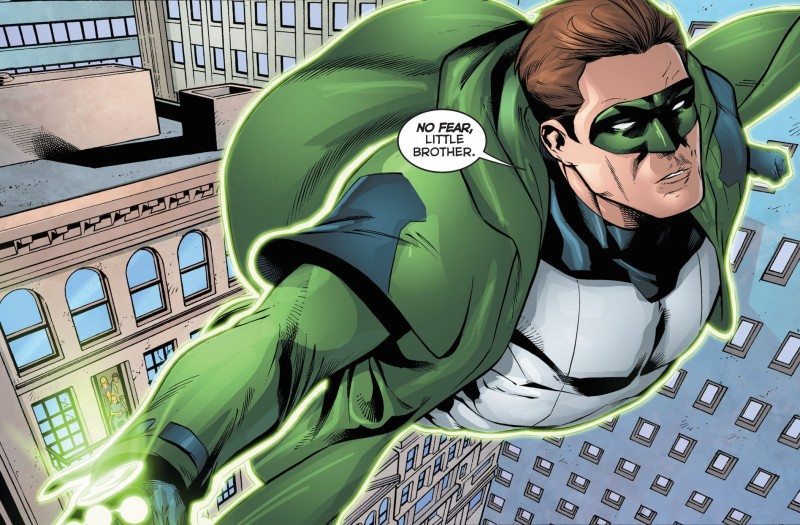 At the very least, it seems that we’re getting a cocky and confident Hal Jordan back. He tells his brother to have no fear before leaving Earth to zoom off and find the Grey Agents. It will be interesting to see how Robert Venditti and Co. wrap up this storyline or tie it into DC’s upcoming Rebirth event. We still don’t know a great deal about Rebirth, what will be kept or scrapped, or really anything besides some titles and their creative teams. This could very well be setting up for a conclusion to start the Green Lantern title anew at Rebirth in the summer or be an effort to tie the DCYou to Rebirth for some continuity. Who knows! At the very least, if they can find a way to bring back the rest of the Corps and reunite them, there looks to be a Green Lantern worth reading on the horizon.