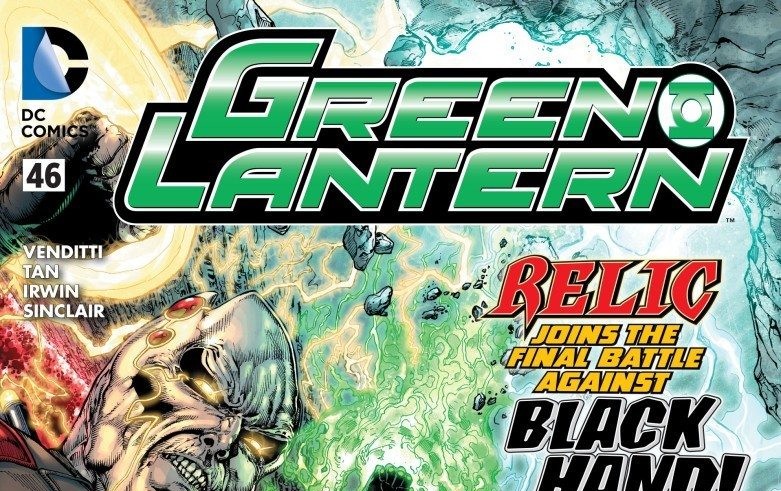 Hal Jordan puts all the pieces together and knows how to end the thread of Black Hand once and for all, in a fine, if quiet, end to this arc of GREEN LANTERN.

With Black Hand temporarily subdued, Hal seeks to put an end to his reign of terror. Unfortunately, that means returning to Relic and seeking his help. Hal appeals to Relic’s sense of responsibility and scientific curiosity, however, and strikes up an uneasy alliance with Relic to stop Black Hand for good, and fix the universe-threatening damage to the Source Wall.

READ: GO BACK TO THE BEGINNING WITH ALL OF OUR GREEN LANTERN COVERAGE!

In my last review I suggested that the heavy lifting of this arc was over, and that it could all wrap up slowly, nicely, and quietly, and I would totally accept that. Turns out, that’s exactly what happens. GREEN LANTERN #46 isn’t an explosive end to the story, but it is the best kind of end. After the climactic events of #45, the falling action and ultimate conclusion isn’t steep or sharp or violent, but rather nice and easy, a slowly sloping and kind hill–much like the ones on the planet where Darlene, Virgo, and Trapper still find themselves after the events of last issue. 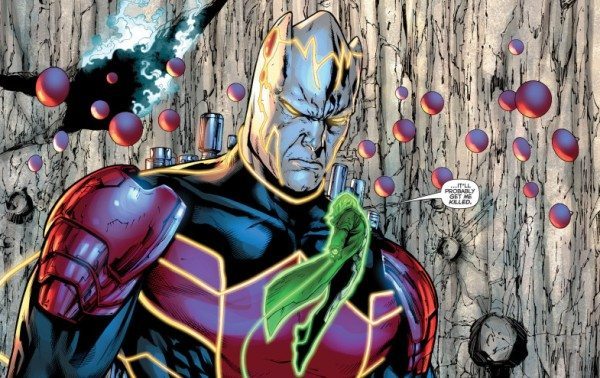 The beauty of this issue, even though it may not necessarily be exciting (despite the brief physical confrontation between Hal and Black Hand), is that it is the best end for the arcs of these characters. Each place in which they find themselves makes perfect sense for their circumstances, and for the people we’ve come to know them as. The accord between Hal and Relic is the highlight (with the final crash of Black Hand’s emotional roller coaster a close second): Hal relies on his diplomacy skills and makes Relic an offer he can’t refuse and all of it rings so wonderfully true — so true, in fact, that when the accord ends and Relic turns his eyes on Hal, Hal’s reaction is almost laugh-out-loud funny. 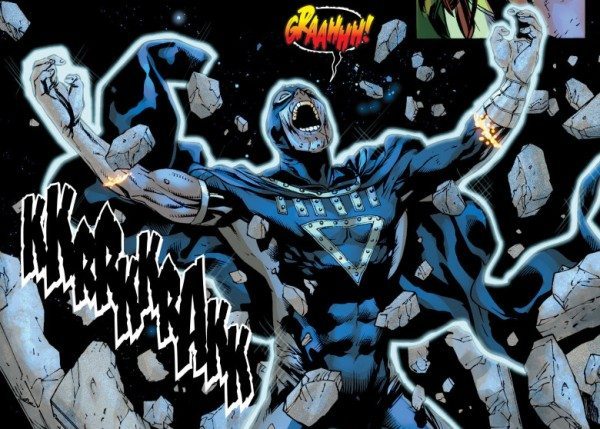 It’s hard to say anything new about the artwork, as it’s just as stellar as it was last issue. It’s not as clever, but that’s solely by virtue of what happens. The plot is a bit less visually demanding, but the creative team doesn’t see that as an excuse to take it easy. Each panel is rendered with the care and detail necessary to bring this story home in the fashion it deserves. As always, though, Alex Sinclair’s colors deserve special mention. I mean, just look at the panel above–the entire issue is that gorgeous.

No, GREEN LANTERN #46 isn’t going to have you breathlessly turning pages, but it will leave you wholly satisfied. It would be perfectly understandable to not read anymore of GREEN LANTERN after this as this specific arc is wrapped up so well, but with Robert Venditti still writing, and the promises of Hal tackling his estrangement from Earth and the Green Lantern Corps head on, you can bet I’ll be back for #47. Regardless, pick up the trade paperback when it releases, as this is not only a great Green Lantern story, but one of the better stories of the year.

GET MORE REVIEWS HERE!
GET MORE BY DANNY HERE!