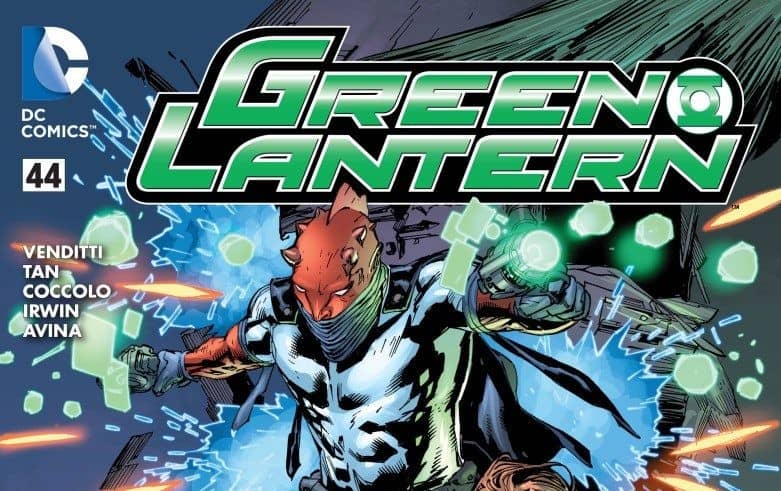 Virgo needs help, but Thanagarian thugs get in Hal’s way! Can Hal save Virgo’s life without losing his own?  Find out in this GREEN LANTERN 44 Review!

After trying to wear Hal’s Green Gauntlet in the last issue, Virgo is rendered unconscious. When Hal stops onto a planet he’s visited before to get Virgo medical attention, he receives a not-so-warm welcome and has to fight his way out. It’s yet another planet suffering from the disappearance of the Green Lantern Corps, and Hal finds himself cleaning up the mess.

There’s an idea in sports (in baseball specifically, but in most sports), that when you are a championship-caliber team and you face a weaker team, a team firmly settled in last place, you have to beat that team with authority. You have to send a message to that team and to the rest of the league that you are not to be messed with. This doesn’t happen all the time, of course, but it most assuredly happens in GREEN LANTERN #44. 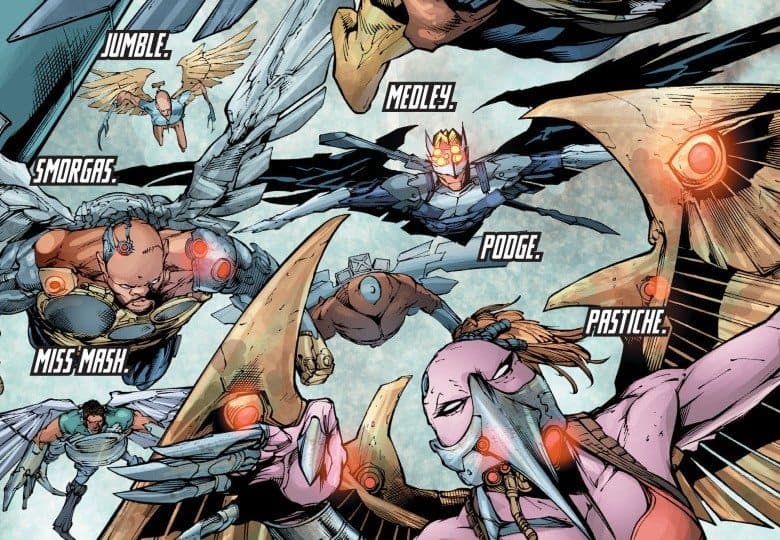 Why am I opening with this? Because GREEN LANTERN reads like a good TV show: the production recedes beyond your attention and you can just focus on what happens, and what happens is Hal Jordan is a badass. All he’s trying to do is get his friend some medical attention, and these thugs come out of nowhere trying to ruin his day. So what does he do? He commands his Green Gauntlet and goes to work. Granted, he doesn’t do it by himself: in an uneasy alliance with Trapper he fends off the winged assailants to make sure Virgo can get the care he needs, but Hal does most of the heavy lifting. In some truly great and satisfying panels, Hal and his gauntlet put on quite the light show.

LISTEN: It’s not a show, but it’s still really really good- check out our podcast on Black Panther! 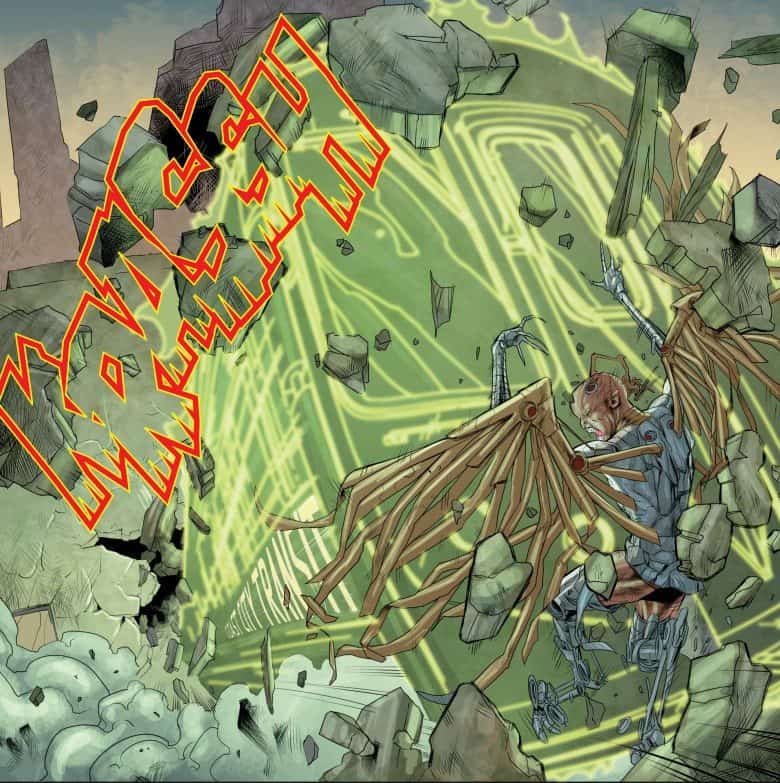 Which brings me back to my point: GREEN LANTERN, especially by this issue, reads like a good TV show. The writing is tight and solid and just gets better, rich with detail and expanding and deepening character dynamics, while the art remains consistent. Ethan Van Sciver gives way this week to Billy Tan and Martin Coccolo, and that may be the issue’s one weak spot (though it isn’t much of one). There is a clear point where one artist takes over for the other (right around when the action sequence takes place and for the rest of the issue), and it’s unclear whose work is whose. For the first half, it seems, either by design or unintentionally, that the art tries to imitate Van Sciver’s style. It eases the transition, but the change half-way through is abrupt. It’s not necessarily bad as the new art is assured and dynamic in its own right, and actually a bit more youthful than Van Sciver’s, but it is a bit jarring.

Again, this isn’t a deal breaker, but when the rest of the issue is firing on all cylinders, the experiment with art holds the issue down. I’m not one to begrudge a bit of experimentation, however. GREEN LANTERN, while featuring a big character, is not exactly a marquee title, and though the story is compelling, it doesn’t have the same stakes as some others (more on that in a moment). All that means is that it could be a safe space to try out some new things, and I encourage that. 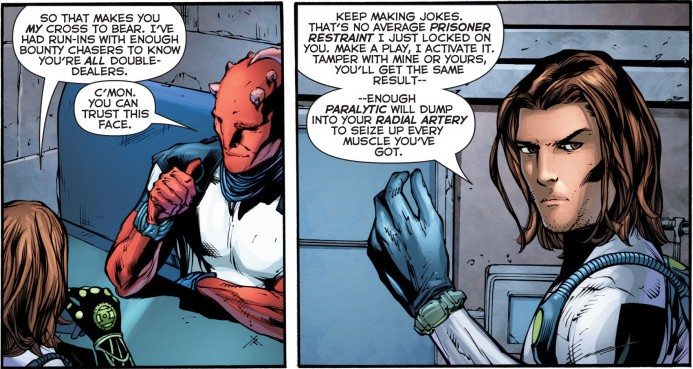 Despite the expansion of the story’s scale in GREEN LANTERN #43, #44 acts as a bit more of a standalone–there are references to the main story, and what unfolds in this issue is a result of that story, but the events are tightly contained and no real ground is gained in the main mystery–but that’s okay. As with #43, GREEN LANTERN #44 deepens and expands characters and their dynamics, introducing a new “alliance” between Hal and Trapper, and strengthening the bond between the crew as a whole.

READ: CHECK OUT OUR COVERAGE OF DOUBLE TAKE’S NEW PUBLISHING PUSH FOR SOMETHING OFF THE BEATEN PATH!

All in all, GREEN LANTERN #44 is a solid issue, in a solid arc. The trend of alternating between “important” issues and “standalone” issues may get a little stale, but that’s simply a theory. So far, there’s so much to like that this ride can last a while.

READ: MORE OF DANNY’S WORK CAN BE FOUND HERE!