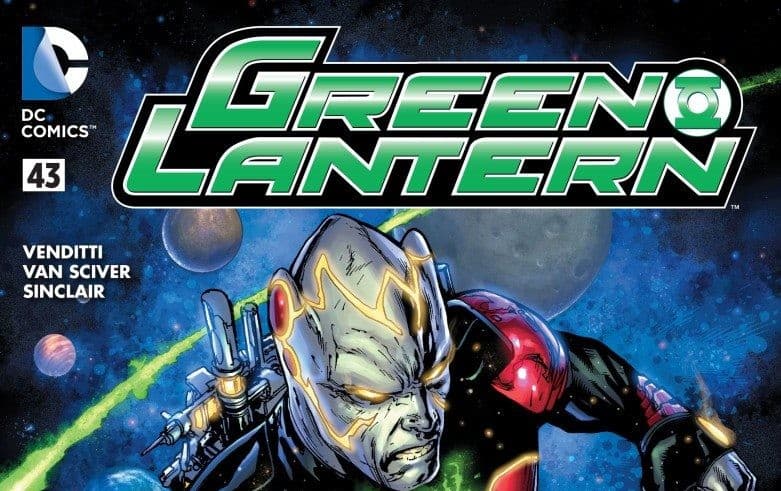 Two planets destroyed. A Green Lantern on his own. Can Hal Jordan solve this mystery before another race is wiped out?

Hal’s search for answers continues and brings him to the Source Wall, a literal boundary of the universe that maintains order. When Hal arrives, he finds Relic, a giant, ancient being studying a massive fissure in the wall. He reveals to Hal a familiar face that could have caused the fissure, a face Hal links to the destructions of Ketleth Prime and Oa, home of the Green Lantern Corps. Before Hal can investigate further, Relic attacks Hal and sends him fleeing with even more questions and very few answers.

I am consistently fascinated by the greater mythology of the universe in DC Comics. I don’t mean the DC Universe, consisting of its characters and their stories – I mean the literal universe, deep space, and the things that are out there. The Green Lantern comics have often led the charge in expanding that mythology, and GREEN LANTERN #43 keeps the tradition going. This issue revisits the idea of The Source Wall, the boundary of the universe guarding “the source of all existence”, introduced by Jack Kirby and his work on the New Gods. Relic returns to further expand his role in this universe, and it all serves to ground the current mystery in a much greater context. 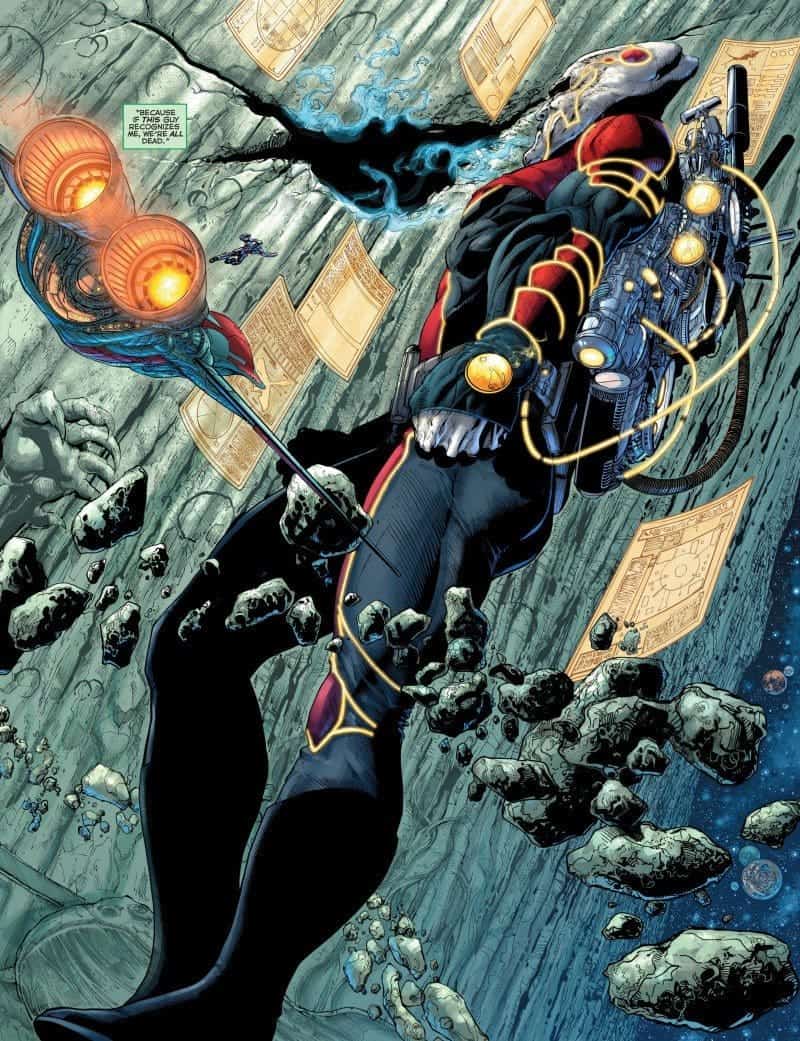 I have always been fascinated by things of scale. From video games like SHADOW OF THE COLOSSUS to another famous wall in GAME OF THRONES, things that can dwarf imagination immediately interest me. The mystery of who destroyed Oa, who turned Ketleth prime to stone is interesting, and made even more so when it’s given just a moment to impact the greater universe as a whole, even if that reference is small and we don’t quite understand its significance yet.

Relic understands its significance, and Hal certainly does, which allow the issue to end with a great deal of urgency. That urgency is earned because the pace of the issue slows down, refreshingly so. We spend time exploring in brief but satisfying moments each of the ship’s dynamics, deepening those relationships and giving us more to care about. The banter between Hal and his ship’s AI, Darlene, during the issue’s one action sequence is a bit forced, but I forgive it because the earlier moment between Hal and Ketleth as they gaze out at the stars is well-done and touching. 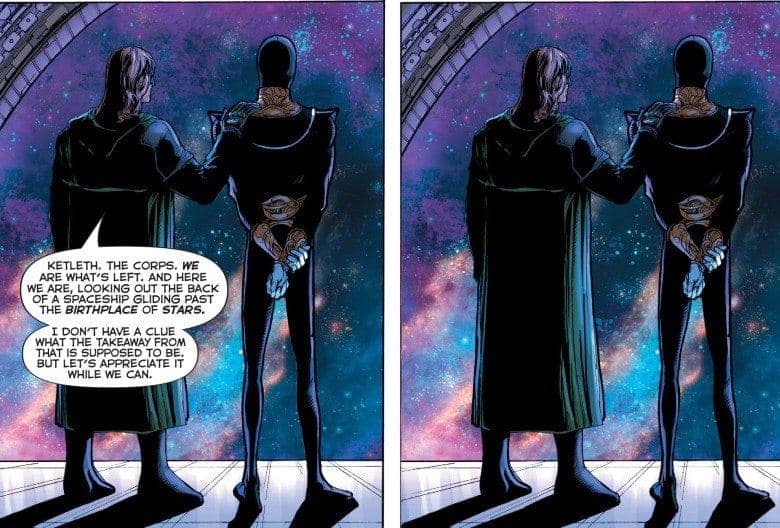 Ethan Van Sciver’s art remains effective, clean and easy to read while still managing to take advantage of the scale and grandeur and oddity of a tale occurring in deep space. He isn’t afraid to indulge in dramatic backdrops or full-page character spreads and really earns his paycheck on a great whale conjured by Hal’s gauntlet.

The issue ends with an introduction of yet another player in the mystery, however, and I can’t help but be concerned that the plot will bloat. The plot as it stands right now is still relatively tight; two parties on a collision course that will answer everyone’s questions. It’s almost Hitchcockian in its dramatic tension. That the cost of Hal failing to solve this mystery soon could have ramifications for the universe is a detail that adds to the stakes but doesn’t rob from the intimate character work happening in each issue. Hal, Ketleth, Trapper, and even Darlene, are seemingly now the last members of their respective communities, and there’s great opportunity for character work there. I only hope the plot doesn’t take over.

While there’s no standout moment in GREEN LANTERN #43, it is a good continuation of an already compelling story that deepens the character work started in #41 and #42. It remains to be seen whether that trend will continue, but the potential is there for this to be a great Green Lantern story.