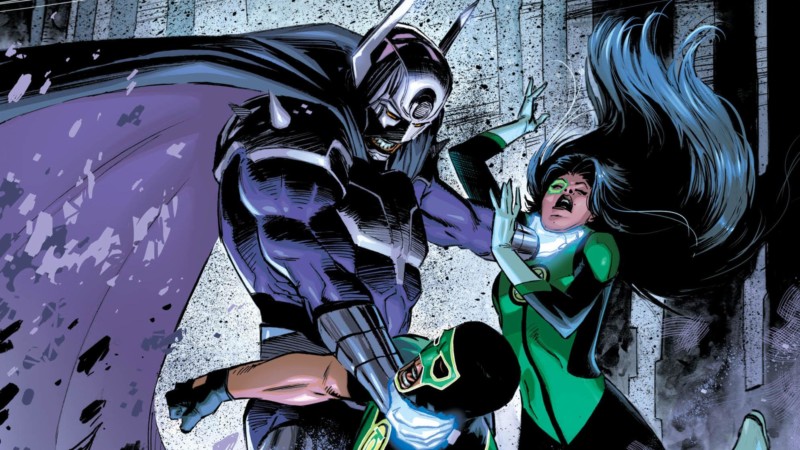 The fate of Seth will be determined! As GREEN LANTERNS #21 concludes, so does the heart racing “Polarity” story arc. With limited time left, Simon Baz, Jessica Cruz, and Neal Emerson (Doctor Polaris) must all cooperate to focus on what matters most: the survival of Neal’s brother, Seth Emerson.

On the Brink of Insanity, What Keeps a Man Sane?

This story arc has focused heavily on Neal and his fragile state of mind. However, the subplot of Simon and his brother-in-law, Nazir, has been what really makes this series shine. Troubled by their crumbling relationship, Simon thinks back to his friendship with Nazir, all the while remembering how he once used the power of the Green Lantern ring to save his life. Now, in GREEN LANTERNS #21, Simon must convince Doctor Polaris that his ring can do the same for Seth. But will this be enough? The clock is ticking and Seth’s time is running out, hence the high tension taking place.

READ: Green Lantern is rumored to be in the JUSTICE LEAGUE movie, but what else does it need?

Sam Humphries has done a wonderful job allowing Simon’s character to grow. Similarly, his depiction of Neal is absolutely endearing. This is a man who’s mentally unstable with the burden of believing he’s the only one capable of saving Seth. However, in this preview, we’re given glimpses of Neal’s sanity, as he realizes he must listen to an empathetic Simon. But, as we’ve seen in the previous two issues, Neal can jump from rational to insane in the blink of an eye. There’s really no telling what the following pages will contain. The optimist in me wishes to see Neal’s Polaris complex driven away, but the fan in me wants to see as dynamic of a story as possible.

GREEN LANTERNS #21 has New Artists and a New Dynamic

Robson Rocha takes over the artwork in GREEN LANTERNS #21. As a result, we are given a solid upgrade in aesthetics. The colors glimmer with radiance inside Neal’s imagination as he talks to the Polaris side of his personality, while in other panels, the raw emotion on the faces of Neal and Simon is quite chilling. They realize time is of the essence, and despite their current hatred, the saddening thought of losing a human life touches them both. I’m excited to see an entire comic with these pages, as I think the emotional fallout is going to be a doozy. Having this type of artwork in a personal story only adds to the plot, while also furthering character development.

GREEN LANTERNS #21 hits shelves April 19th. Honestly, if you haven’t been reading GREEN LANTERNS, pick up issues #19 and #20. You want to ready for this epic conclusion, as it’s going to be a touching one.