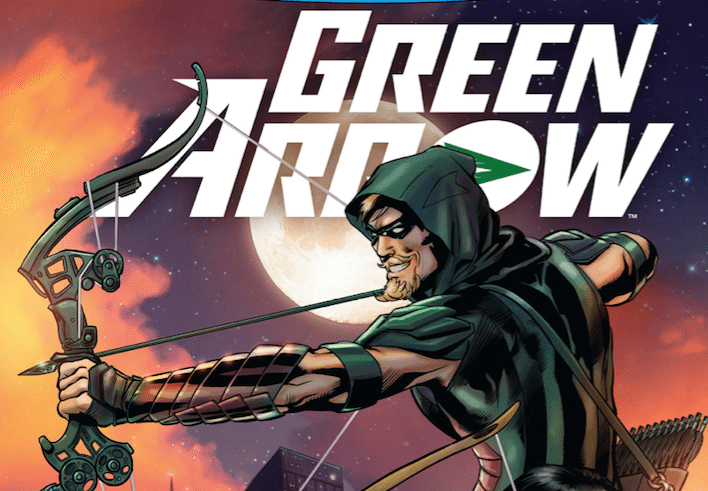 In theory, GREEN ARROW #6 should likely be defined as a “filler issue.” I find that phrase is often misconstrued as boring, when in reality, “fillers” can be even more entertaining than action packed stories. This issue dives into the life of Emi, Oliver Queen’s sister. Throughout the story, we get to see Emi and Shadow handling the aftermath of the Ninth Circle battle. What I found to be even more fun was the flashbacks to Oliver raising/training Emi a year prior. These scenes host a villain named the Clock King, who gives Emi a watch that can only be paralleled to the drug Speed. When she becomes addicted, she betrays Oliver in a way that sets up fantastic issues to come (no spoilers here! Go read it to see what she does).

I feel as though I am getting repetitive (from past reviews); but again, the art in this issue is fantastic. Stephen Byrne continues to carry the beautifully real and eerie tone through the characters and colors. I cannot give enough praise to the artists in the first six issues because I feel they’ve been the highlight of the run thus far. This one differed from the rest artistically because Byrne had the job of setting the tone for two different time periods with two different emotional draws. The real-time events are drawn in the same dark pallet as the rest of the run; however, the flashbacks to “happier times” are more vibrant and bright. Overall, it was really well done and didn’t distract me from Benjamin Percy’s storytelling. 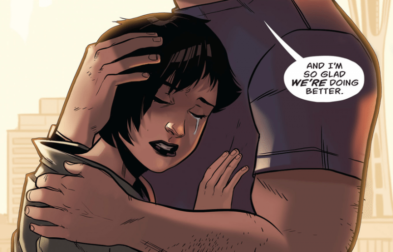 Speaking of Percy, he has done great work yet again. After issue five, I was satisfied, but also worried about future fatigue with the run’s self-discovery theme. By throwing a curveball (the Emi self-discovery story) Percy kept it fresh while staying on message. Emi is a character I had not known much about going in and now I find myself caring about her journey. My only big issue is that some of the dialogue in this issue did read a bit like a book and felt too descriptive with too much transition. I also found myself becoming less interested in the real-time story and more invested in the flashbacks. Even so, I was drawn in by the chemistry displayed in the conversations between Emi and her mom/brother.

The conclusion of this issue gives us much to look forward to in Emi’s flashback story. Percy sets up an interesting dilemma mentally and physically between Emi/Oliver and Emi/herself. While I am looking forward to seeing the progression of that plot, I hope Percy can refocus and revitalize the post-Ninth Circle plot. My prediction is that he will find a way to connect the Clock King story with the Yakuza one that was introduced in this issue (GREEN ARROW #6). Maybe we’ll see more of the villain in present time?