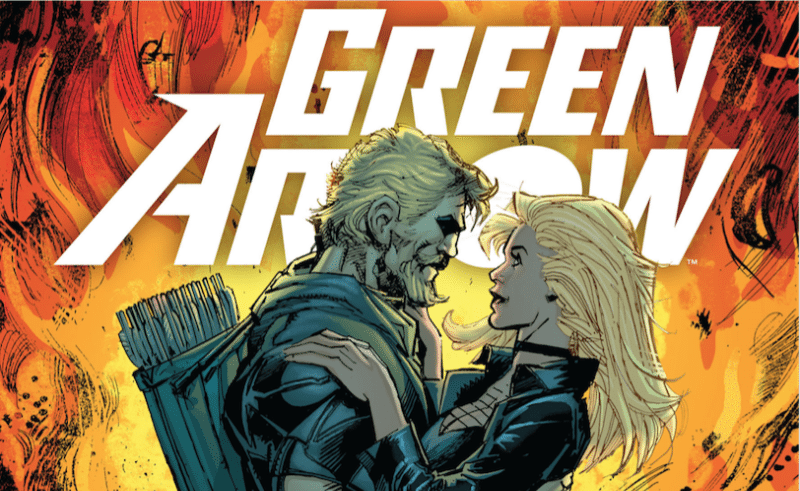 GREEN ARROW #5 features the showdown between The Ninth Circle (feat. Shadow and Emi) and Green Arrow (feat. Diggle). The entire issue takes place aboard The Inferno and gives readers the spy-thriller/rescue mission/superhero team-up that we have all been waiting for. As Black Canary faces her impending doom from The Burned pits, Green Arrow and Diggle split up to halt the entire operation. Diggle disguises himself as one of the board members while Arrow takes to the rafters to find Canary. The big twist in this issue comes when Emi frees Black Canary and reveals that she has been a double agent for #TeamArrow the entire time (even Oliver didn’t see that coming).

After the big rescue, Oliver blows up the entire ship in order to aid the teams escape; however, in doing so, he destroys his Queen fortune and identity in the blast. Even worse, he ends up not making it to the getaway ship and finds himself shipwrecked on an island (Lian Yu?), again. Back to the start, it appears.

The art throughout this run has been fantastic. Every artist has been perfect for the darker tone of the series. Juan Ferreyra’s art for this issue was the best yet. I felt the eerie and suspenseful tone from page one as we are shown close-ups of those involved in the battle to come. It is also worth mentioning Nate Piekos, who was in charge of lettering for this issue. The title on page one “THE INFERNO” is in a font that gave me chills next to the burned face. Ferreyra’s coloring, panel transitions, and the character details are masterful. The way he directs emotions with his art adds to the suspense in this issue. He even takes a moment in the rescue scene to change the tone, simply by using a brighter color pallet. 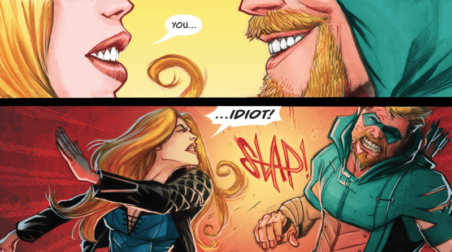 READ: Take a look back at comic book history with GREEN ARROW AND BLACK CANARY #9!

Every time I begin to think Benjamin Percy is loosing control of the story in this run, he reels me back in and impresses me. After this issue, I truly believe he has a vision for where he wants the story to go and any minor slip-up were not slip-ups at all. They are all intentional in his storytelling method. I was angry when Oliver “cheated death” in issue #2, but it turned out to all work into the theme of Oliver’s self-exploration. Similarly, I didn’t love the damsel-in-distress act for Canary, but it all played into the Emi heel-turn in the end. While this particular battle is over, I believe the best is yet to come. The message of self-reflection has been clear throughout the first five issues. In fact, it has been subtly slipped into almost every one. For example: 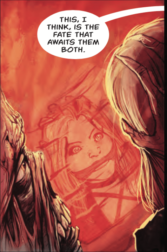 A literal metaphor utilizing the reflection in the burned pit.

Oliver having just lost his identity, staring his former company and self in the face, as no one.

One of Percy’s greatest strengths is his clever, off-panel dialogue and narrative. Both allow the story to flow seamlessly. Moving forward, Oliver will have to remake his identity from scratch now that he is dirt-poor, pronounced dead, and stuck on an island once again. There is no telling where this story will go next, but this issue sure was good! The Green Arrow is one of my favorite DC comic characters and I look forward to more of Percy’s take on the hooded hero.