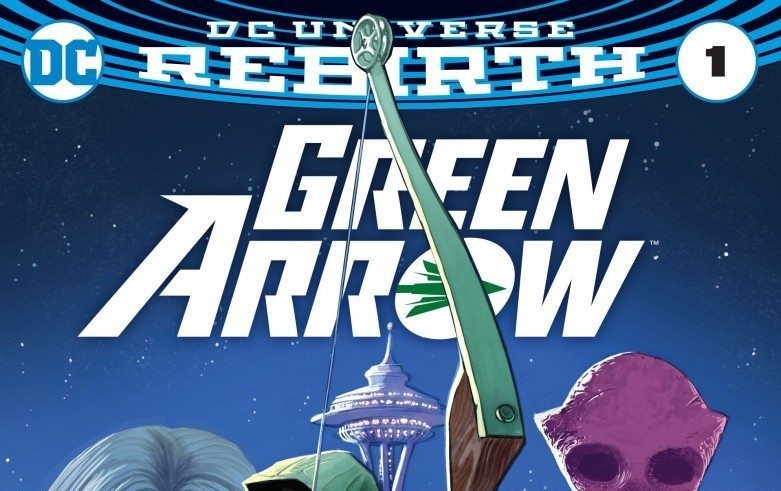 Green Arrow, with the help of Black Canary, continues the hunt for the person who is selling Seattle’s homeless on the black market in GREEN ARROW #1. All the while, Queen Industries begins to fall down a dark path that Oliver Queen may not have discovered until it is too late. GREEN ARROW #1 is the rebirth of Green Arrow. Unfortunately, Green Arrow seems to have been born with a bizarre duel personality.

GREEN ARROW #1 has some really great moments and some moments that leave you scratching your head. At times, there is a great sense of comradery between Green Arrow, Black Canary, and Emi. They really seem to genuinely enjoy each other’s company, and they enjoy being heroes. Even though the dialogue can be rigid at times—especially in the opening battle—it does a great job of conveying the sense of fun and excitement around being a superhero. 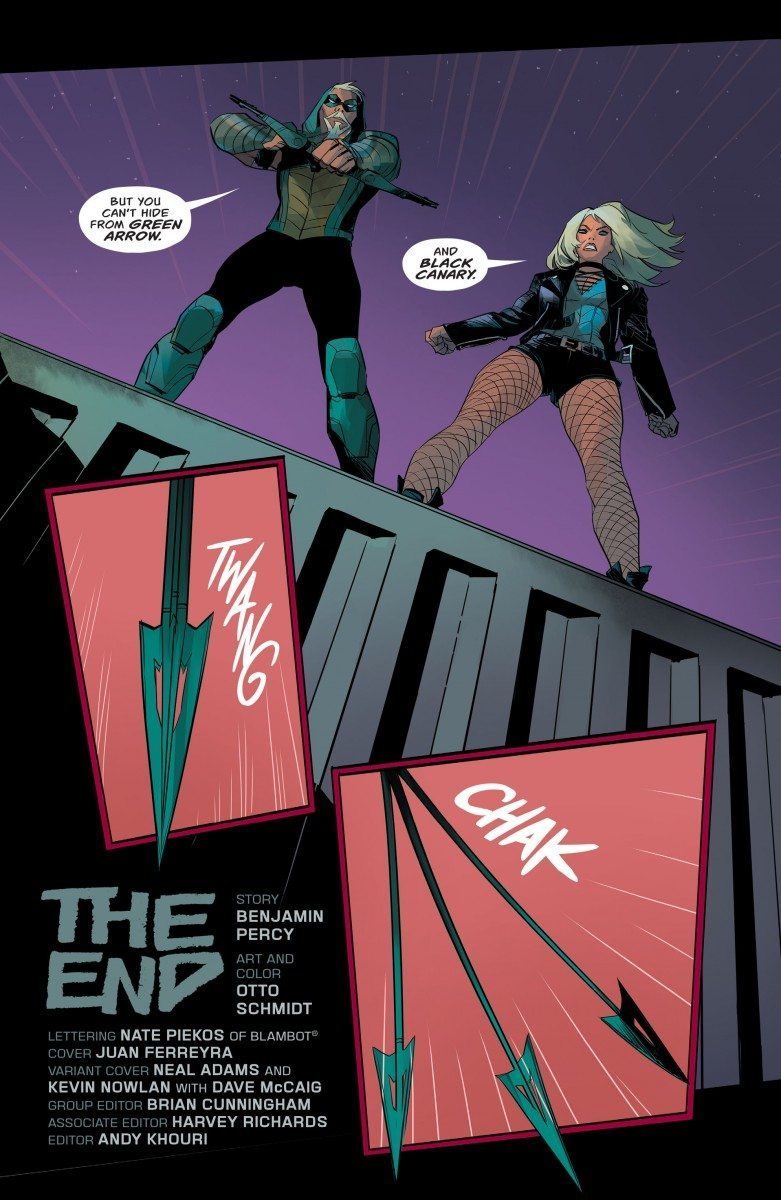 Then, there are certain moments that seem completely out of character, not only for the individual characters but also for the issue’s tone. What starts out lighthearted quickly becomes dependent on very dark twists. Before you really get a chance to invest in who these characters are, they completely change their personalities, and the twist at the end feels incredibly forced for this reason. As a first issue, the story is responsible for setting a tone and laying the groundwork for new readers to invest in characters. In that regard, the issue fails horribly.

READ: Compare the new to the old with our review of the New 52’s GREEN ARROW #52!

The shift in tone particularly affects Black Canary. One moment, she is happily with Oliver, having breakfast with him and his sister, and then a few pages later, she claims that she can’t be with him because she doesn’t know him well enough. Of course, she apparently knew him enough to spend all night saving Seattle with him and the entire next day with him and his family. Similarly, Emi is a happy sister in the first two-thirds of the issue, only to change her personality completely. It’s a moment that may have been foreshadowed previously, but in the context of this being a #1 issue, it feels extremely out of place. There is no lead-up to how characters react to each other, and the story changes tone too fast to really give readers a chance to understand who these characters are. Many times, Oliver himself seems equally confused by the actions of the people around him. 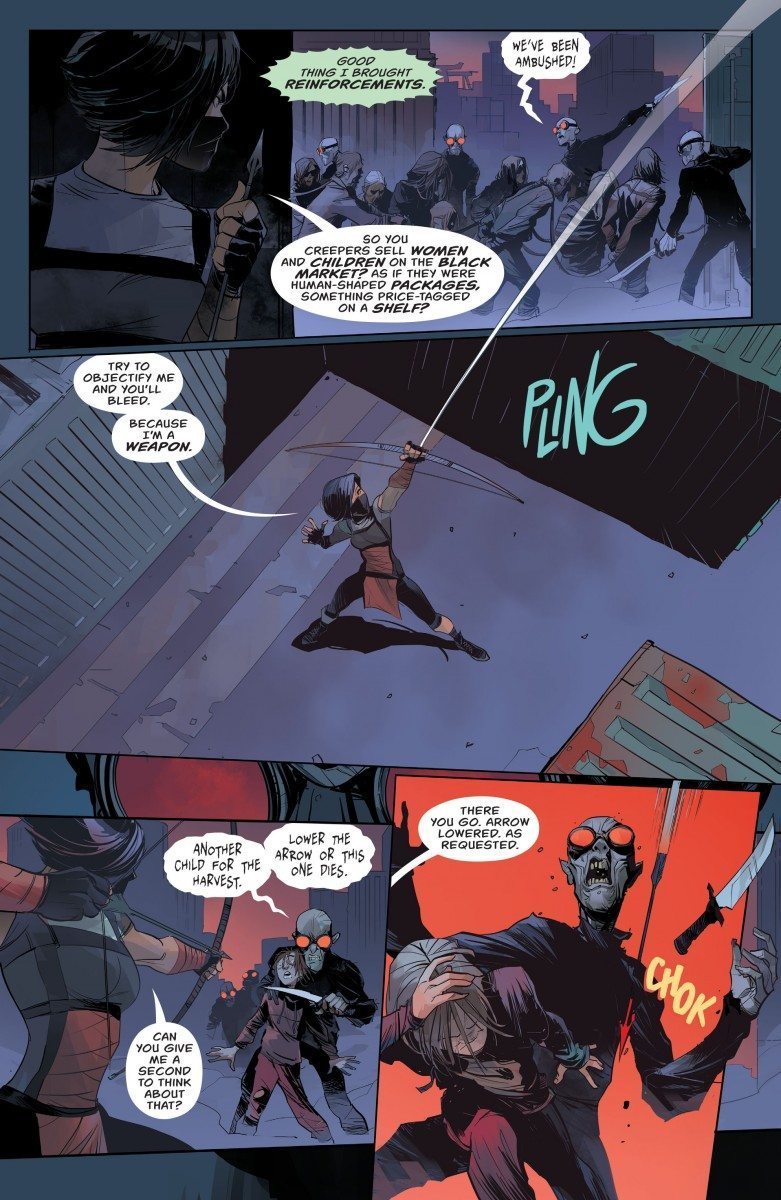 The artwork, on the other hand, does a great job of portraying any mood. Otto Schmidt does a great job demonstrating the power of simple, family moments between Oliver and those around him during their everyday life. In scenes like this, facial expressions and emotions are crucial, and they are very well done in this issue. That said, the action scenes are even better. The panel layouts are dynamic and frantic, and there is an appropriate level of gore to make the violence look realistic, with the use of heavy red and black tones working to convey the intensity of the scene.

If this were the fifth issue of the new GREEN LANTERN series, it could have been amazing. Unfortunately, there isn’t enough here to make us care about these characters and the seemingly bi-polar decisions they make. The artwork is great, but the indecisive tone of the tale really holds the story back.