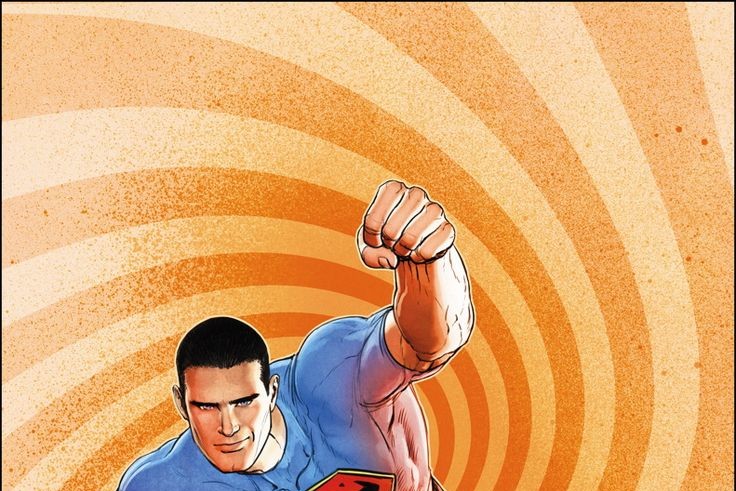 Look in the sky! Is that a bird? No, is it a plane? No, it’s Dick and Superman battling Blockbuster and The Fist of Cain in this annual for GRAYSON!

After last week’s Bat-family reunion in GRAYSON #12, I was on a high from this series and the solicitation of a Dick and Superman team up, World’s Finest style, had me with high hopes for this annual. Unfortunately, this issue, focusing on Grayson and Superman’s new status quos in the DCU, was not so fine. The inability to understand and match Superman’s current characterization feels awkward and misleading and forced dialogue between the characters to play catch up on each other’s storylines leaves the issue a little too wordy. 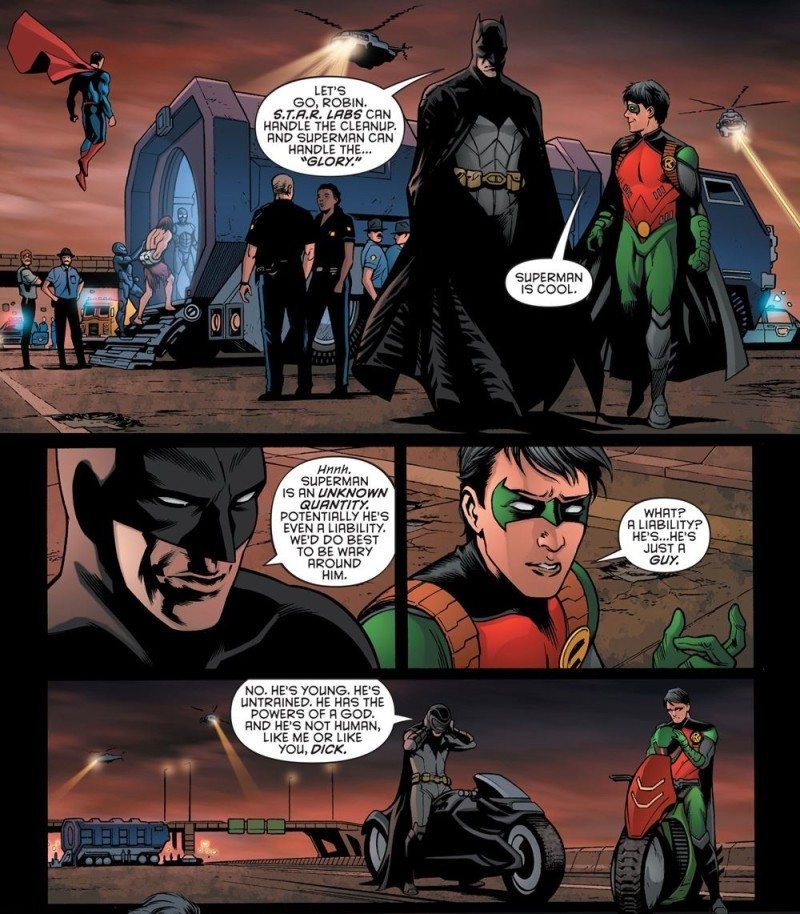 The storyline titled “Just a Guy”, starts with a flashback of an early team up between Batman and Robin with Superman to take down a rampaging Blockbuster in the city. Dick shows admiration for Supes that is quickly shut down by Bruce’s claim that he is a childish alien with god-like powers, not to be trusted. Flashforward to the end of last week’s issue and Grayson goes for one last leap in Gotham before rejoining Spyral when he is mistaken for a suicide jumper by Superman. After a brief reconciliation, the two are then chased by the Fist of Cain in a chase scene reminiscent of this summer’s film, MAD MAD: THE FURY ROAD. With the return of Blockbuster, the two have to rely on each other to save themselves without Superman’s powers or Batman’s technology. 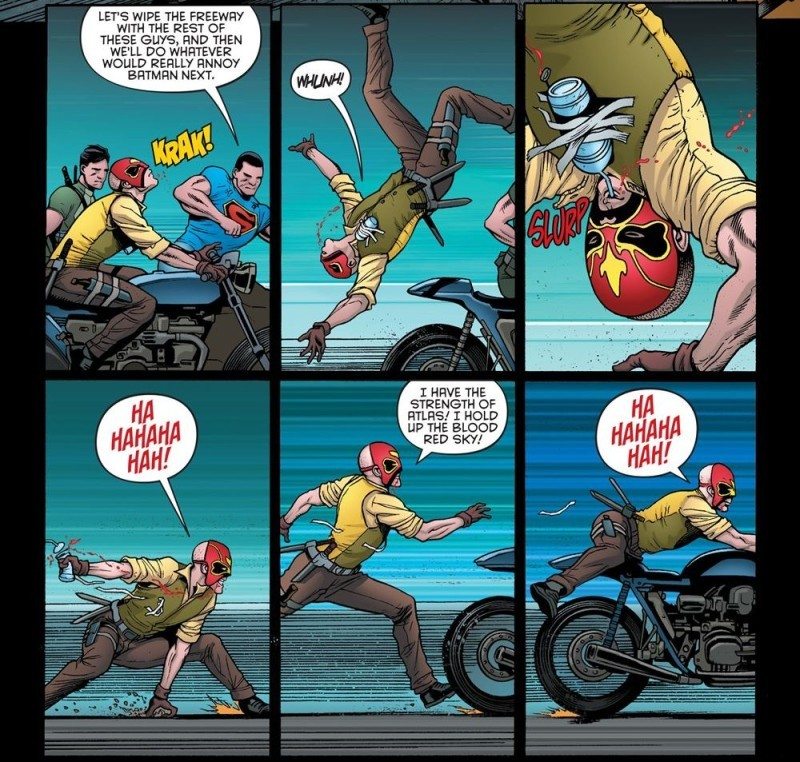 With the weakness being prominent in the dialogue and script, I have to admit that Martinez’s art really shined. There has never been a single moment in my life where I thought, I really enjoyed this superhero motorcycle chase, I need more but I do now and it’s all thanks to Martinez’s beautiful pencils. His Grayson and Superman were also done well but nothing compares to the way he draws Blockbuster, that is one extremely terrifying portrayal.

READ: Miss the last issue of GRAYSON?  Check out our review!

This issue wasn’t the finest moment for the Grayson creative team but it wasn’t entirely bad. I feel like for the first time since picking up the title I have a secure understanding of who the Fist of Cain are and what their motivations are. I also couldn’t help but laugh at the thought of Lex Luthor developing technology while in the bathroom, that is something that just makes perfect sense to me.