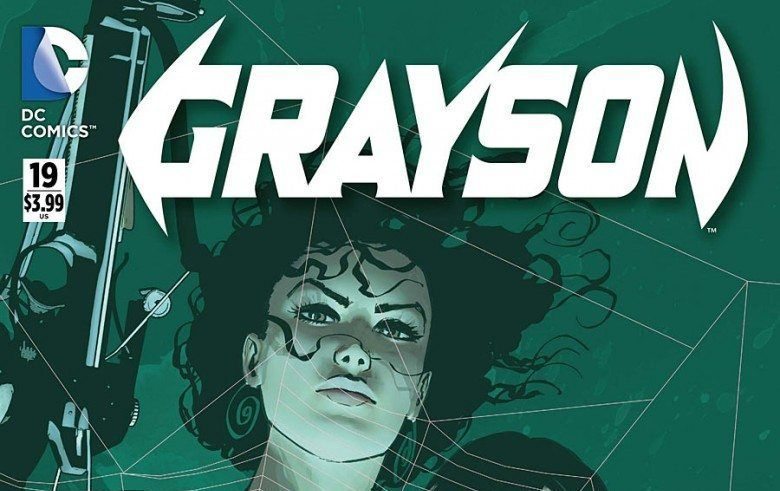 With DC Comics’s line-wide Rebirth coming next month, the publisher’s comics have each been wrapping up many of their on-going storylines in preparation for new directions and creative teams. Many of these stories have been left without tension, as the readers already know the status quo of many of the company’s heroes thanks to DC’s Rebirth promotional materials. This is especially the case for GRAYSON, as the title tries to wrap up its compelling spy agency storyline even though readers know that Dick will be drawing the Nightwing mask once again in a few months.

READ: Catch up on the history of Dick Grayson here!

GRAYSON’s nineteenth and penultimate issue begins with Helena Bertinelli’s body having been taken over by the spirit of Nazi villain Doctor Daedalus. Dick Grayson, Midnighter, and Tiger learn of this only after their fight with King Faraday’s forces have ended. However, Tiger reveals that he has actually been an agent of Checkmate all through his partnership with Dick, and that his mission is to eliminate Daedalus by killing Helena. Tiger takes off on a jet pack to find her, while Dick pursues in a helicopter. Meanwhile, Checkmate boss Maxwell Lord plans to use the situation to his advantage but is stopped by a dying Doctor Netz. 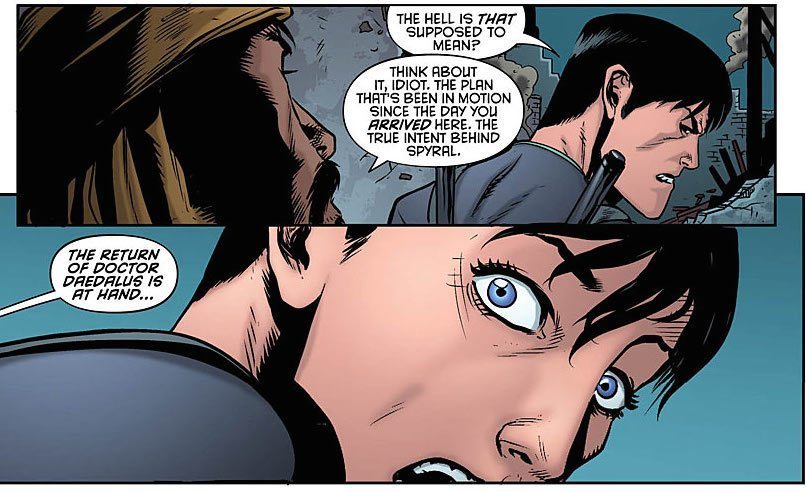 Dick and Tiger purse each other seemingly all over Europe, and engage in several elongated chase and fight scenes. At the same time, Daedalus in Helena’s body seemingly murders his daughter Luca after having her murder her sister earlier. After finally shaking Tiger by trapping him behind an avalanche, Dick arrives at Daedaus’ hideout, vowing to save Helen’s life by any means necessary.

LISTEN: Check out our Comicsverse Podcast episode focused on the X-MEN: AGE OF APOCALYPSE!

GRAYSON #19 is a bit of a tough issue to talk about without looking at it in the broader context of the series. Despite replacing the original writers last issue, Jackson Lanzig and Collin Kelly steep the issue deep in the series mythology, making it’s plot nearly indecipherable to anyone who hasn’t read each and every issue. Now, in concept, this isn’t necessarily a criticism, as one of the best parts of serialized comics storytelling is rewarding attentive readers. However, I feel like this issue takes things a bit too far. I’ve read all of GRAYSON, and I still had a hard time keeping track of what exactly was going on with the Daedalus plot. The interaction between Tiger and Dick was top notch, though, particularly the mutual respect the two obviously share despite trying to maim each other for most of the issue.

While the plot could be a bit hard to follow at times, artist Roge Antonio’s exquisite art makes the book a joy to look at. His character designs are on point, and his fight scenes are a thing of beauty. I particularly enjoyed the scar chases sequence with Dick Grayson and Tiger. He also sneaks in some out of the norm panel layouts, including the really cool spiral staircase splash page towards the end of the issue.

GRAYSON #19 is a definite must-read for hardcore fans of the series since it ties a knot on some long running story arcs before Dick returns to his Nightwing identity. Causal fans may have a harder time getting into the issue, and I would definitely recommend they brush up on past events before reading.