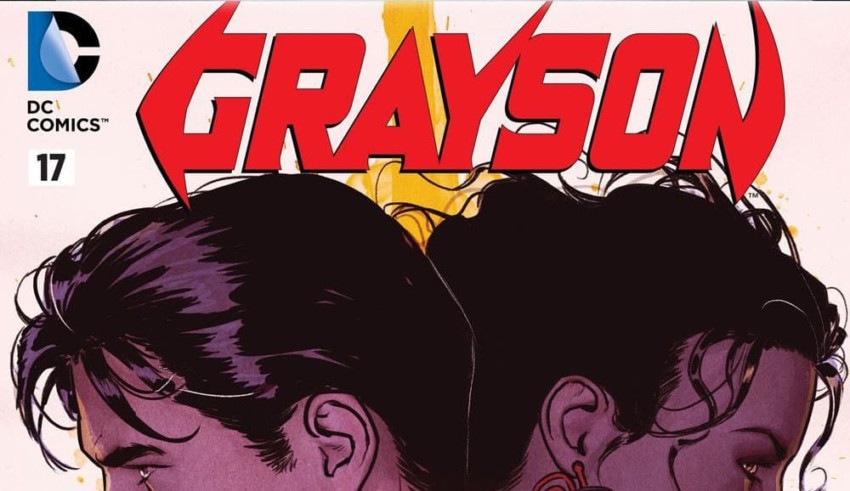 Grayson and Agent 1 team up with Maxwell Lord, head of CHECKMATE, to take down SPYRAL. Helena, head of SPYRAL, breaks out the big guns when she sends seven of the organizations best agents after Dick and Tiger. Meanwhile, the hired agents try to devise a plan to take out Helena Bertinelli. They’re being blackmailed by her and don’t like being taken advantage of. The story focuses on Dick and Tiger trying to take out these elite SPYRAL agents before they can get to the duo. This issue is packed with a whole lot of fighting that will have you asking, “Is there anything Dick Grayson can’t do?”

Dick wants to stop SPYRAL from exposing all of the superheroes’ secret identities. Even more, he wants to stop them from brainwashing people. Dick has set out with the one agent who hates him more than anyone else in the organization, Agent 1, to put an end to SPYRAL once and for all. This poses an interesting question, though. If Dick manages to take down SPYRAL, then where does that leave him? He can’t go back to being Nightwing. His secret identity was revealed. He can’t even go back to being Dick Grayson, because everyone thinks he’s dead.

As of now in the GRAYSON series, Dick and Tiger are traveling all over the world to stop these elite SPYRAL agents that Helena has sent after them. Each agent has a unique set of skills, almost like the Justice League. This will make it harder, but not impossible, for Agents 37 and 1 to beat them. The story is told at a good speed. It starts off like a roller coaster, quiet and slow, and then, when you least expect it, the pace quickens and everyone starts screaming with their hands in the air. We learn that the whole time Grayson has been with SPYRAL, he’s been homesick. What’s even more shocking is that Tiger shows some empathy towards Dick as he tries to relate. This is the guy who has said multiple times throughout the series that Grayson would die by his hands! It isn’t that long that they have to reminisce about their old lives, though, before they’re ambushed by Bertinelli’s agents.

READ: Is Dick Grayson your favorite Robin? Then find out everything there is to know about him right here!

Grayson has had a phenomenal run that many fans are enjoying. Writers Tim Seeley and Tom King, who had worked on NIGHTWING, have been writing GRAYSON from the beginning. The story they’ve been able to write surrounding Dick Grayson has been great. The artists, Mikel Janin and Jeromy Cox, have also been drawing on the GRAYSON series from the start. These two are able to make Dick look like James Bond. The character design of Dick shows us that boyish charm he has that every girl goes crazy for. Everything that these two have put into the GRAYSON series has been magnificent in every sense of the word. 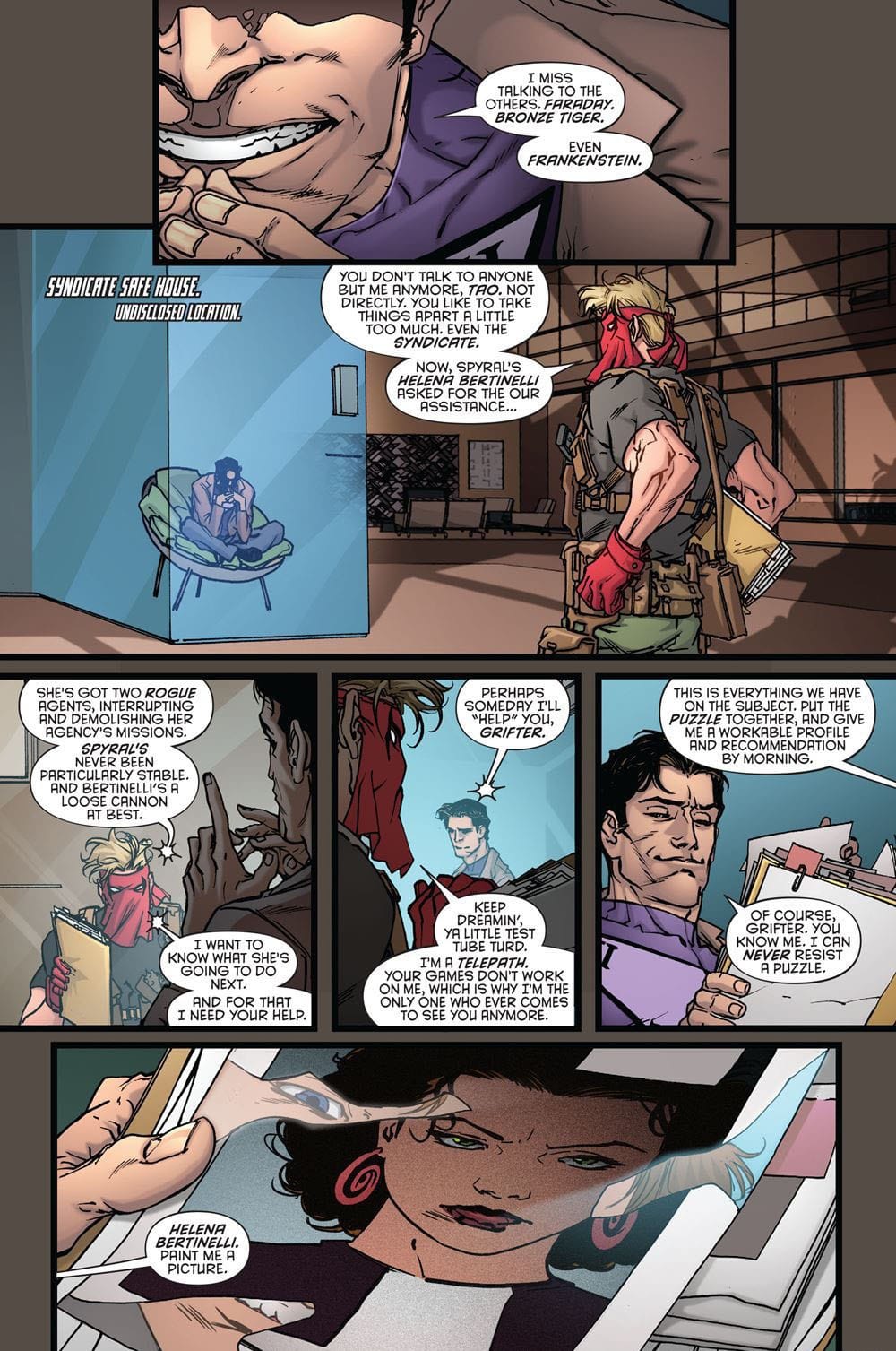 As we all know, Dick Grayson is the Robin who gets all the ladies. One that he may not get though is his boss, Helena Bertinelli. He’ll eventually have to confront her, since she’s put a target on his head, for going against SPYRAL. In the beginning of the series, there was almost a kiss between the two when Dick had just arrived at SPYRAL HQ. Helena was only testing him, though, or was she?

Bertinelli was originally a field agent and partner to Grayson before being promoted. She’s actually just as much of a badass as some of the other DC heroines like Wonder Woman, Batgirl, and Black Canary. Helena has shown no hesitation in her actions to take down Grayson and Tiger. She’s more focused on trying to run SPYRAL than ever before. This leads me to another question: Who really runs SPYRAL?

That would be the entity named Spyder. This creature is the root cause of everyones problems that’s associated with SPYRAL. We haven’t learned any more of this “thing” but it’s clear to readers that it’s evil.

READ: If you like Robin, then check out our review on BATMAN AND ROBIN ETERNAL #20!

Do you think that there’s anything between Dick and Helena? Will Dick ever go back to being Nightwing? Let us know in the comments below!