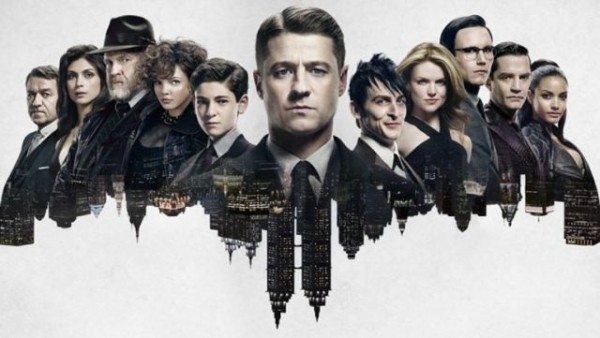 I’ve been trying to digest this episode so I can provide some explanation of this week’s momentous Game-Of-Thrones-style twist, but to be honest I’m having trouble finding one.  Season one of Gotham was good.  It was overcrowded in character introductions, which limited character development to an extent, but it kept my attention.  That’s not an easy task with the content on HBO, FX, and SHOWTIME overpowering basic cable.  Season two seemed to be on the verge of matching that premiere content; however, Jerome’s death changed my optimism.

Jerome provided a spark to the show, which I finally found made the content captivating.  The acting, the writing, and the development of this character, was by far the most intriguing and extremely well done.  Now I’m just left with questions and uneasiness about the direction of the show.  How are they going to match the intensity that Jerome brought?  What character is going to take his place, as he kind of became the main attraction? Where is the show going?

I can only speculate.  Jerome, who I was convinced to be the Joker, seems to only be a muse or spirit that infests the public.  He was also a tool for Theo Galavan, the mastermind behind the MANIAX and Arkham Asylum breakout. Theo used Jerome’s murderous antics to propel himself into heroic limelight by killing him when the time was right.  Now, I don’t really find an issue with that twist.  It’s a clever and different way to approach the mythos of the Joker.  What I find troublesome, is the quickness to end the physical embodiment of the character.  It feels too soon for a character they developed so well.  Jerome essentially became the star of the show.  He became the attraction, and now Gotham has 19 more episodes to fill that void.

READ: Getting Your Heads Round Batman’s ORACLE!

That’s what I worry about most.  Jerome couldn’t possibly keep up being the face of all the mayhem, but at the same time, he was needed until something of his equal could replace him.  I don’t think Theo Galavan is the answer.  He’s not boring, but his storyline with his sister and Barbara is becoming a bit soap-operaesque.  Also, Gotham fans want as many Batman-related characters and easter eggs as possible; Theo and Tigress aren’t main attractions.  Edward Nygma is, but he doesn’t seem ready, and Penguin just resembles another mob boss.  Hopefully they prove me wrong. 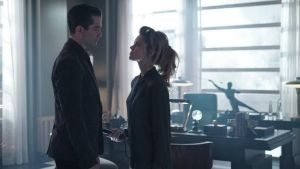 Let’s get away from my concerns for the future and look at the positives.  This episode was constructed really well.  The plot was very centered.  Almost all the characters- Jim Gordon, Dr. Leslie Thompkins, Alfred Pennyworth, Bruce Wayne, Selina Kyle, Theo Galavan,  Tabitha Galavan, Barbara Kean, and Jerome Valeska- were at the charity banquet.  This made the cutting less erratic, and the tension and action collaborate perfectly.  It had the atmosphere of a Batman comic put into live action, and therefore I applaud it.

They’ve also exposed Theo’s intentions, which are to reestablish his family’s hierarchy through any means necessary.  He is bent on it like any classic villain, and Jerome’s murder makes it clear that he will use any tool or situation possible to help himself rise.  This is quite an interesting component to the show.  Another new progression is Harvey Bullock threatening a war with Penguin and his new crime empire.  This is based on his concluding with Jim that this was Jim’s only way to get his job back.  Finally, it looks as though Jim will be second-in-command, as the new commissioner also wants to go after Penguin.

Clearly there is still tension in Gotham; however, whether that can live up what Jerome brought, we will have to wait and see.