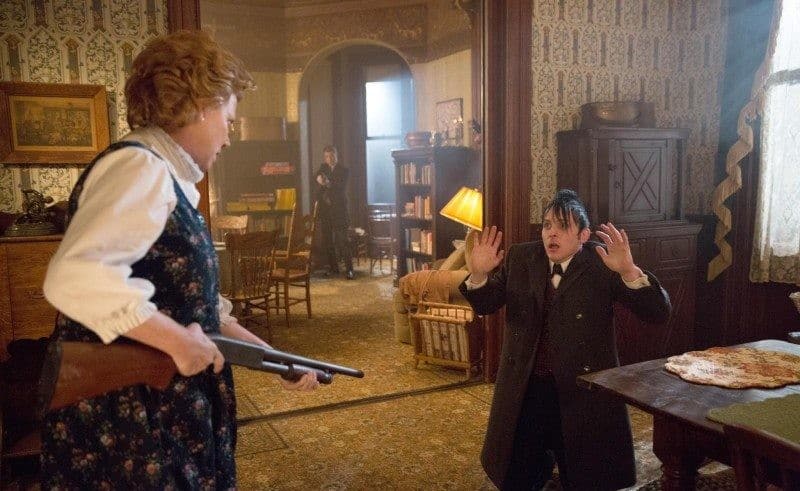 After having been referenced very early on in the series, a favorite Batman villain has finally made his appearance on Fox’s Gotham.  In Gotham Episode 18, we had a pretty great balance of action and story, even though the story was a bit disjointed at times.

The plot followed Gordon and Dent in a hunt for the evidence that would remove Loeb from his position as Commissioner.  The evidence they find is haunting in its own way- Loeb’s daughter is mentally ill, and killed her mother.  Loeb’s protection is questionable at best, seeing as the girl is locked in a room in the attic.  She is obviously one of the skeletons in Loeb’s closet. 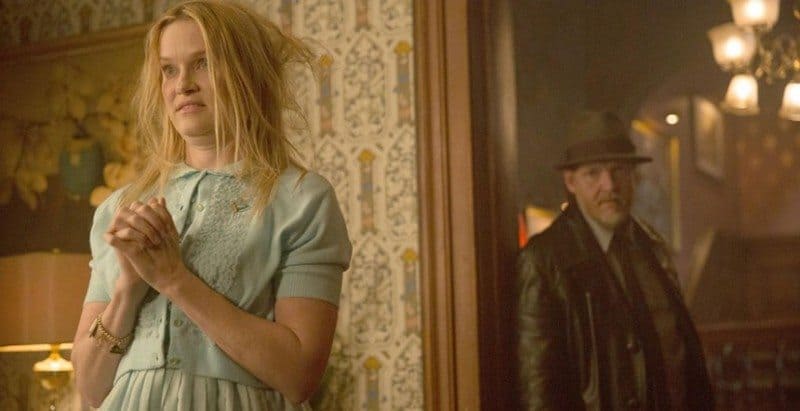 Penguin teams up with Gordon on this hunt for the evidence, but it doesn’t play as well as it usually does.  When all is said and done, he kills the old man and woman bodyguard, whose accents I couldn’t stand.  I also feel like the whole old-woman-is-actually-carrying-a-gun thing is overdone, but that might just be me. It just feels like the show is one cliche after another sometimes.

The Dollmaker plot is somehow intertwined, and we see Fish Mooney interacting with him.  She has a new eye that does look something like a doll’s, and we see the experiments that Dollmaker has been working on, including rebuilding one of his bodyguard’s bodies from scratch; the man is now made up of dozens of random parts of various sizes and colors.  I’m wondering if we’ll see this character again.

I’m also wondering what Fish’s fate will be after this.  Will she be turned into another of Dollmaker’s dolls, and perhaps become his underling?  Jada Pinkett-Smith won’t be back, but a surgery like Dollmaker’s been doing could be an opportunity for a recasting.  Otherwise, this might be the end of Fish Mooney.  I wouldn’t really miss the character too much.

Dollmaker’s presence on the show offers another interesting possibility.  He’s trying to find the line where a person can be physically altered to the point that they are no longer themselves.  Faces are probably the easiest way to recognize someone, and Dollmaker removed Joker’s face in the comics.  It’s possible that we could see something similar happen in the future, but who’s to say.

There are some random character appearances throughout the episode to remind you that Riddler and Catwoman are still doing things.  These seem to just distract and fill time in between the Dollmaker and Loeb storylines.  The main storylines were interesting, though, so I’d have to count this as a mediocre, but not bad, episode.

For other reviews, including weekly video reviews, click here!
Click here for more about Batman!
Missed something? Our reviews of the early episodes can be found here!
For more from Travis, click here!