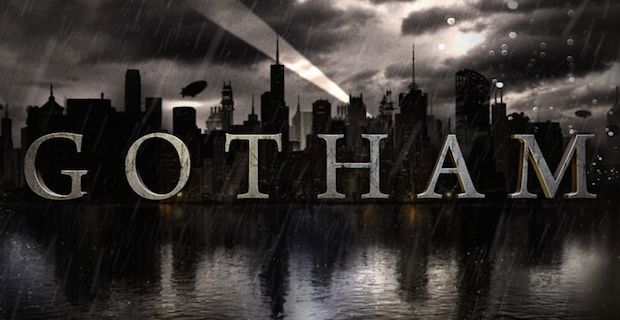 Last Monday Fox’s Gotham took to the airwaves for Gotham Episode 12, knowing, come hell or high water, they would be returning next year for Season 2. It’s wonderful news, but it’s a shame that the show couldn’t use any of that momentum to help out an episode which, despite some incredibly effective character moments, can’t overcome a disappointing ending that epitomizes what is wrong with this introductory season.

The episode, titled “What The Little Bird Told Him”, kicks off with one of the greatest Johnny Cash songs playing over one of the worst CGI sequences. After thirty seconds of a newspaper unconvincingly billowing in the wind, the headline lands right on camera reading “The Electrocutioner has escaped”, heralding the return of Arkham escapee Jack Gruber. The GCPD is so taken aback by the news that Police Commissioner Loeb actually shows up! The two richest Gotham socialites murdered? No Loeb. Top Gotham businessman forcing employees to murder each other? He’s on vacation. Serial killer using balloons to shoot priests and cops up into the sky? Let someone else do it. But when some random guy escapes from an insane asylum? Well, that’s just something you need make an appearance for, golf game be damned.

Also making an appearance is a fiery Gordon, who defiantly challenges the slimy Commissioner that Gordon and Bullock can catch The Electrocutioner in less than twenty-four hours. It’s a frustrating moment of the writers demoting Gordon to an Arkham Asylum guard only to bring him back to the force one episode later. Wouldn’t it have been more powerful if Gordon earned his badge right at the end of the season with a plethora of knowledge about criminals from his time in the asylum?

Nevertheless, the ticking clock is set and the race is on to find Gruber. In between the duo’s search, the episode pads the runtime with clips of the Riddler being creepy with a coworker and Barbara being boring with her family. Fortunately for Bullock and Gordon, events transpire that force The Electrocutioner to assault the GCPD head on. This inevitably leads to a one on one confrontation between Gordon and Gruber. The handling of the climax may be the best part of the episode, as the final stroke by Gordon seems right out of Batman’s playbook… or maybe Dorothy’s.

If the episode would have ended there, it would be fair to label this a solid entry into the series. Unfortunately, much of the last quarter is devoted to Fish Mooney and the deceitful Liza springing their trap for Carmine Falcone. Here, the writers have the chance to wow the audience with Fish’s brilliant plan. And what is it? What have viewers been strung along for twelve episodes for?

Cue the comical foghorn and the millions of viewers groaning at the wasted hours of television watching. Fish’s plan can’t be called “brilliant” if it’s been done better in 1996’s Fargo. It gets worse.

Falcone arrives at Fish’s club and, learning of the Liza’s deceit from Penguin, strangles Liza to death along with Fish’s “carefully” laid out plans. With that, the Fish Mooney/Carmine Falcone subplot disappointingly fizzles in typical Gotham fashion. I’ll admit I felt some joy in learning that the vapid Liza would trouble the show no longer, but that relief turned to anger when I realized all of her scenes could have been cut with little effect on the story. The cap to this embarrassing scene is when Falcone, about to send Fish away to be tortured, commands Penguin into the club to “say goodbye” to Fish. Penguin enters and, after a bit of hateful staring between him and Fish, tauntingly says “Hello Fish!” Evidently the writers can’t even keep track of what one character says to another five seconds ago.

“What The Little Bird Told Him” is a somewhat solid episode with terrible moments. The announcement of a second season is cause for celebration as there’s certainly promise to this series. Now that the Mooney subplot is (mostly) concluded, Gotham has a clean slate for their next multi-episode story arc. Let’s just hope they have better luck with it than this last one.