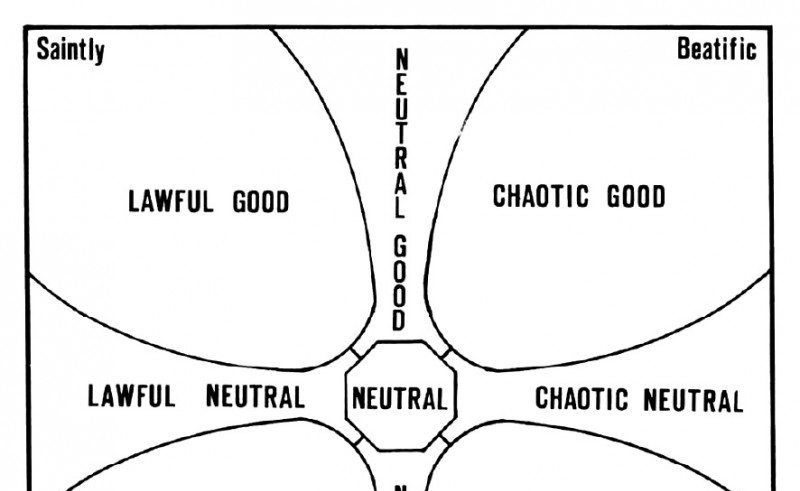 In the iconic tabletop game Dungeons and Dragons, one of the ways player characters are developed is by using an alignment chart. Since CAPTAIN AMERICA: CIVIL WAR was released about a month ago, I thought categorizing characters from the Marvel Cinematic Universe (MCU) into those same alignments could be a fun exercise.

It was harder than I expected to break down the MCU into alignments because, as with any complex character, many of them can fit into different categories. 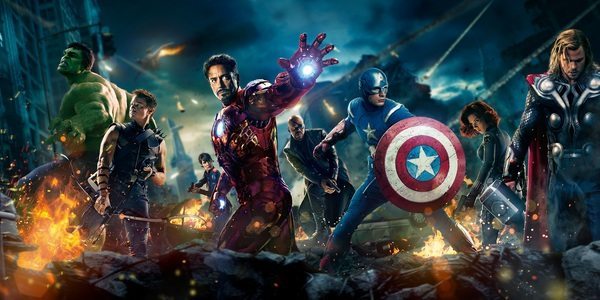 READ: What did you think of CIVIL WAR? See what we thought!

You do good by upholding the law. Truth, justice, and honor are all highly valued in this alignment, however, being “Lawful Good” can sometimes restrict freedom.

Why are the Nova Corps considered Lawful Good?

The members of the Nova Corps are “Lawful Good” because they are the military and police force for the Nova Empire, headed by Nova Prime. The Guardians of the Galaxy are free-spirited and prefer to help people, whether within the reaches of the law or not. When Nova Corps confronts the Guardians on Xandar it is easy to see how they differ – the Guardians do whatever they feel is right, while Nova Corps does what is right and within the law. 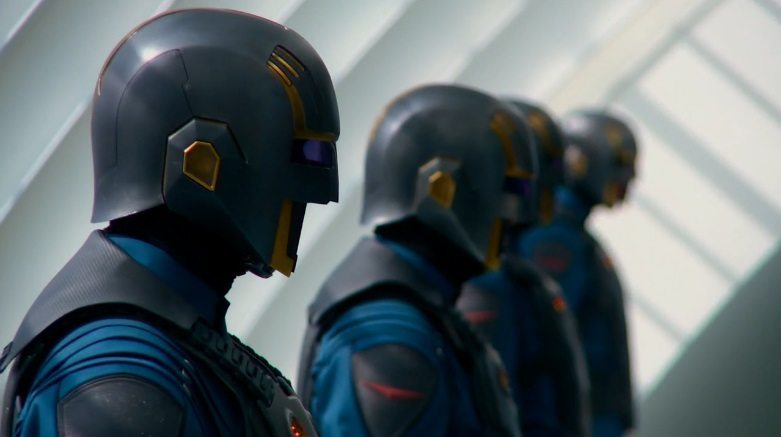 Doing what is right is better than following rules, though the rules aren’t necessarily bad. A main trait of Neutral Good is doing good things without bias.

Why is Captain America Neutral Good?

Captain America is “Neutral Good,” especially as we see him in CAPTAIN AMERICA: CIVIL WAR. He knowingly breaks the law by refusing to support the superhero identification act and choosing to stand against the Sokovia Accords with Bucky and the other heroes. He believes that people with abilities should not be forced to register with the government and that registering could potentially cause problems, because the government can easily be compromised, as seen by Hydra taking over S.H.I.E.L.D in THE WINTER SOLDIER.

READ: Want to check out some of the best Cap comics? Check out our essential CAPTAIN AMERICA reading list!

Order and discipline can get in the way of doing good. Using your free spirit to positive ends is the key to being “Chaotic Good.” This alignment can cause problems when people believe that laws and structure get in the way of what’s right.

Peter Quill and the rest of the GUARDIANS are textbook chaotic good. In GUARDIANS, we see Quill, at the beginning of the film, find the Orb. He goes to Xandar to sell the Orb, but is confronted by Gamora, Rocket Raccoon, and Groot. Nova Corps puts a stop to the fighting by arresting them all, forcing them to work together to escape from the prison. Once they all escape, Gamora leads them to a person interested in buying the Orb, where they learn about the Infinity Stone inside of it. More struggle ensues and in the end, Quill and the Guardians end up using the Stone to defeat Ronan. They ultimately make the decision to defeat Ronan and turn the Stone over to Nova Corps, because it’s safer for them (and everyone else). 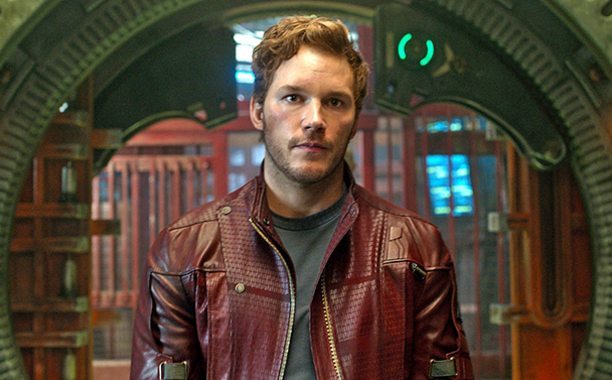 Those who fall under the Lawful Neutral alignment believe that law and order are more important than anything. Reliable and honorable, though sometimes this stance limits freedom and choice.

Why is Black Widow Lawful Neutral?

Black Widow was difficult to place, but I decided on lawful neutral for a few reasons. The first, because she is on the side of the law, especially in CIVIL WAR. In CIVIL WAR she supported Tony and the Sokovia Accords which — depending on who you talk to — are limiting and restricting of freedom, making life dangerous for many superpowered individuals. However, nearing the end of CIVIL WAR, Black Widow stops T’Challa from catching Steve and Bucky, allowing them to escape. This shows that she ultimately cares for her friend Steve, above the power struggle.

True Neutral: Drax the Destroyer (GUARDIANS OF THE GALAXY)

Why is Drax True Neutral?

Drax is true neutral because for most of the movie he is motivated by himself, and indifferent to the goals of the others. Drax had been arrested prior to the start of the film for murdering many after his wife and daughter were killed by Ronan. When the Guardians are thrown into prison after their fight on Xandar, Drax helps them escape and joins them when he learns of their plans to go after Ronan. He is desperate for revenge on Ronan for the murder of his family, using that as motivation for much of the movie. In the end, he ultimately helps the others, because helping them would destroy Ronan. 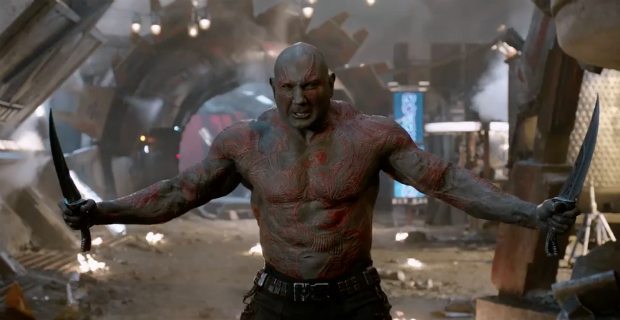 Chaotic Neutral: The Hulk (THE AVENGERS)

Based on true freedom from the restrictions of society and a moral compass. Doesn’t particularly care for morality either way, just … does things.

Why is The Hulk considered Chaotic Neutral?

The events that lead up to the Sokovia Accords are a good example of why the Hulk is chaotic neutral. One of the primary reasons the Accords were implemented was to cut back on the destruction and deaths caused by superhumans. The Hulk, though not the only person to cause destruction, was arguably the largest culprit. Dr. Bruce Banner struggles often with the Hulk side of his personality. Banner wants to be heroic, but he constantly feels like The Hulk does more harm than good. The Hulk acts out of anger and defeats anything that gets in his way – be it enemy, friend, or skyscraper.

Well-structured, methodical, typically successful. Believes in keeping order, regardless of the cost.

Why is the Red Skull Lawful Evil?

The Red Skull is lawful evil because in CAPTAIN AMERICA: THE FIRST AVENGER we learn that Johann Schmidt, who would become the Red Skull, had worked with Hitler for a time, before deciding that Hitler wasn’t doing enough. Schmidt helped form HYDRA to do more experimentation to develop super soldiers, like Captain America, for the scientific branch of the Nazi military. He creates a highly regimented force within HYDRA and, even after his death, remnants of the organization continue his work.

READ: Why do fans love iconic hero fights, like BATMAN V. SUPERMAN and CIVIL WAR? Comicsverse analyze why we all love it and why we choose sides.

Generally work in their own self-interest, regardless of harm caused to others. Representative of pure evil without honor.

Why is Thanos Neutral Evil?

Thanos is power hungry and wants to control all of existence. He’s untrusting, manipulative, and hated by both of his adopted daughters – Gamora and Nebula. He tries to work with other people, such as Ronan, but when they all let him down, Thanos decides to get the Infinity Gauntlet and go hunting for the Stones alone. Thanos’ goal is to lead the galaxy, no matter what the cost.

Why is Loki considered Chaotic Evil?

Loki is absolutely, in my mind, chaotic evil. He is the “God of Mischief,” and he takes that title to the extreme. Loki has sociopathic tendencies, displayed in THE AVENGERS when he tries to control the gala in Germany, before being stopped by the Avengers. When fighting his brother, Thor, Loki holds nothing back. A lot of Loki’s anger comes from the fact that Loki wants to be the king of Asgard, but cannot, so he follows his selfish impulses to do everything he can to rule. 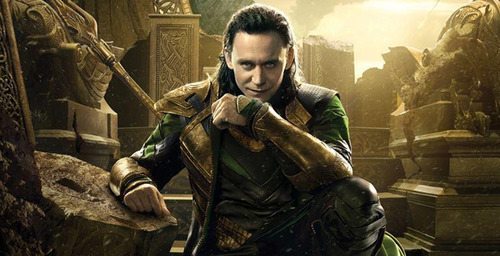 Where does Bucky Barnes (The Winter Soldier) fit in?

LISTEN: Our podcast on Marvel’s CIVIL WAR and the influence that it will have on the new event, CIVIL WAR II.

Like Steve Rogers, Bucky Barnes generally did what he thought was right. He liked protecting people, but not necessarily following rules to do so. In CAPTAIN AMERICA: THE FIRST AVENGER, Bucky is seen getting into fights with bullies to protect Steve, though fighting is generally frowned upon. 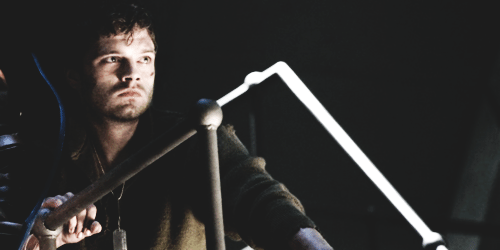 The Winter Soldier, on the other hand, was harder to place.

I’d place him in Chaotic Neutral because, while he was following orders, his actions are illegal and generally invoke chaos, even without personal connection. In fact, he really doesn’t have any control or recollection of his activities as The Winter Soldier.

His following of these orders is why he could also be considered Lawful Evil. As mentioned above, being Lawful Evil requires you perform acts that are generally considered evil, because there is a rule set or code that instructs you to do so. Even though Bucky didn’t really understand what was happening, he still followed the orders.

What do you all think? Do you agree with the analysis? We want to hear what you think about characters in the MCU! Comment to this post or chat with @comicsverse on Twitter to share your opinions!