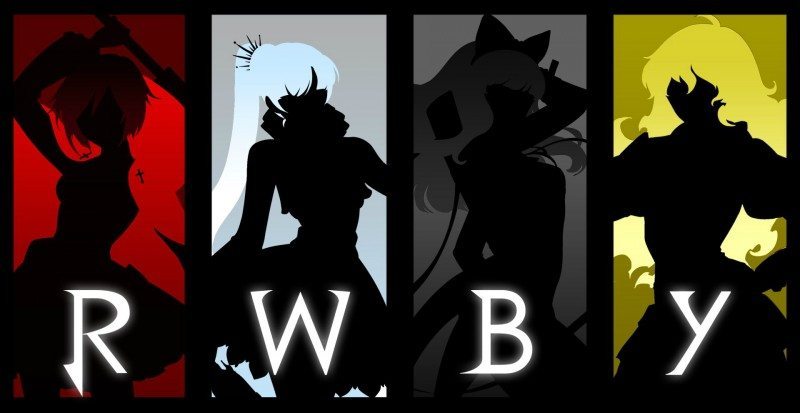 On July 18, 2013, Rooster Teeth’s 3D animated web series RWBY premiered following four intense trailers: “Red,” “White,” “Black,” and “Yellow.” While many people adored seeing the series in action, some fans were turned off, citing its cringeworthiness. A lot of the qualities that make RWBY unique are the same reasons why people feel awkward watching it, from its 3D animation style down to its “realistic” voice acting. In reality, things come down to a matter of perspective. Loyal fans and critics alike have strongly praised the show for its artistic and storytelling elements, placing more importance on its merits rather than its flaws. As a huge fan of the show, I’m going to address the main criticisms against RWBY and hopefully broaden its skeptics’ viewpoints.

First, here’s a little background knowledge for those of you who are unfamiliar with the show. RWBY is an ongoing series created by Monty Oum under the video game company, Rooster Teeth. The show takes place in the world of Remnant, a future-fantasy world that combines high-tech devices with a form of natural energy called “Dust.” The story follows Ruby Rose and her friends as they train to become Hunters and Huntresses, the front line against the monsters of Grimm. Ruby is a talented fighter who takes after her deceased mother, Summer Rose. She is also the centerpiece of the “Red” trailer.

The trailers themselves are characterized by haunting soundtracks, thrilling 3D animated fight scenes, and gorgeous character designs. On top of their aesthetic appeal, the trailers are also designed like mini-films, revealing small bits of the featured characters’ backstories. The first trailer was strategically released in November 2012, riding on the season finale excitement of another popular Rooster Teeth web series, RED VS BLUE. In the following months leading up until the series premiere, Oum kept that energy going with three more trailers of a similar caliber, and RWBY became a viral hit. There was even a video game adaptation created by Jordan Scott, titled RWBY: GRIMM ECLIPSE, which was up for download until Rooster Teeth adopted it. All this hype was both good and bad for the impending show: fans were able to connect with the ideas of the characters and story even before they knew what it was going to be about.

The success of the series’ four trailers not only led fans to expect RWBY to be something it was not, but also set the bar extremely high, almost to the point of being unattainable. In light of all the excitement, the premiere itself couldn’t exactly meet expectations. During the first half of the opening episode, we get similarly intriguing fight scenes, but instead of battling magical beasts, like in the trailers, Ruby fends off some callous goons. Here, we get an introduction to the cheeky crime-boss type villain that we can reasonably expect Ruby to be facing off against throughout the story, but after half the episode goes by, things turn more domestic (and the villain doesn’t show up again until the end of the season). As Ruby talks with Ozpin, the headmaster of her dream school, we find out that Ruby is actually a socially-awkward, excitable nerd who desperately wants to be a Huntress because of the romantic, heroic quality of the position. She then gets bumped up two grades for her heroic efforts, and enrolled at Beacon Academy, her dream institution. Strangely enough, she is incredibly self-conscious and worried about standing out for being “special.” For some, seeing the show getting downgraded to another high school teen drama about not fitting in can be hard to watch. Instead of getting an epic, mystical encounter between the four girls during a riveting battle in a monster-infested forest, we get disinterested irritation in a school setting.

READ: Like STEVEN UNIVERSE? Check out our article about Autonomy and the Crystal Gems!

Though the seemingly generic story and characters are admittedly enough to warrant a few eye-rolls and grimaces, there are more reasons why this setup works than not. The trailers purposely did not include any clips from the actual series and they work as standalone examples of the best parts about RWBY. There’s no reason to expect that every episode will be equally engaging–that would desensitize fans and detract from the overall experience. The trailers are the pinnacle of what RWBY will reach, so the writers start the series on a banal tone to make the climax even more intense. We also get a better sense of how society is structured in their world of Remnant. Worldbuildling is one of the most important aspects of the series. The writers interject “half” episodes to go into more detail about the lore and societal structure of the universe. Since this theme plays a key role in the whole idea of RWBY as a project, starting the series from the perspective of students “in the system” gives fans a stronger understanding of what’s happening. This is especially important in a micro-series, where there aren’t extra minutes for the watchers to observe and gather information passively.

Another argument against RWBY is that every character we meet during the introductory episodes seems to fall squarely into a trope. Since the show is heavily anime-inspired, it’s no surprise that the writers would imbue some Japanese character trends into the story. Ruby is of course the skilled, independent, “special snowflake” character with an implied legend to live up to (e.g. Ozpin mysteriously commenting on her silver eyes), whereas her sister Yang is the stereotypical outgoing, “top-heavy,” short-tempered type (don’t touch the hair!). Then there is Weiss, a full-blown himedere. Himedere is a Japanese term for a character who acts snobbish and princess-like, but still has a soft spot. She considers herself above others because she is the heiress to the famous, rich, and powerful Schnee Dust Company. She can still be kind, but not without maintaining her sense of superiority. Meanwhile, Blake fulfills the “mysterious, quiet girl with a dark past” trope, and Jaune is clearly the incompetent but lovable idiot.

READ: Interested in discourse about tropes? Take a look at this article about new Rom-Coms!

As for the characters, on TVtropes.org, there are over 300 character tropes in the female category alone; there is no escaping the fact that you can pigeonhole any character into some stereotyped role. However, even if characters are inspired by certain stereotypes, what matters are the details of their stories that contribute to their identity, that also explain the image they put out. More importantly, we always start out with a superficial understanding of the characters before the series picks up. Sadly, with 6 to 12 minutes an episode, there’s less time to focus on character development all at once. Nevertheless, just like show builds up to the intensity of the trailers, it also builds up the character development. Episode 8, “Players and Pieces,” brings back the great music and fight sequences of the trailers, plus the beginnings character relationship and plot development. Episodes 11 and 12, “Jaundice” parts 1 and 2, are dedicated to detailed character development of our lovable idiot Jaune, and episodes 15 and 16, “The Stray” and “Black and White” showcase both Weiss and Blake’s backstories and core principles.

Unfortunately, there might be no real escape from the technical quirks that plague the show’s actual watchability: animation and dialogue. While RWBY has earned critical acclaim for its 3D animation, it has also earned its fair share of critique. Richard Eisenbeis from Kotaku, a review blog, noted that “…the art style of RWBY (computer animated anime-style) works quite well–as long as you can’t see the feet.” In other words, even though fight scenes look great because of their similarity to video game action sequences, basic storytelling sequences can look awkward, especially in full-body shots where the characters appear to be floating. Thing can get especially weird to watch in the first handful of episodes with the random 2D flat-color inserts of Ruby’s chibi-form. Even so, the quality of animation in non-combat scenes clearly improves in the show’s second season, and the combat scenes in the first season still meet expectations. Also, unlike 2D drawn animation, the quality of the characters outfits and faces are always seen in full-detail (unless you’re a blacked out background character). Besides, the animation isn’t so affected that it distracts from the main story.

As for the dialogue, it has received similar praise for its realistic, humorous nature, as well as critique by fans for its almost unrefined quality. The voice actors don’t use the same enunciated, crisp speech that some anime fans might be used to. Instead, the characters speak a lot like typical teenagers, their words slightly muddled or mashed together. This is especially clear when Weiss goes on a high-vocabulary rant, scolding Ruby, or when Ruby goes on an excited tangent about weapons. Cool phrases, or tense situations can also be difficult to listen to because of the juvenile quality of the characters’ voices. In the end, the voice acting style is realistic. Imagine saying some cheesy-cool line out loud in real life, you might still cringe, but there’s an endearing quality to it. Plus, the voices can help fans of the same age identify more strongly with the characters. It helps ground the idea that they’re just kids trying to figure out who they are, despite all the added fantasy elements.

If you’re still not convinced that RWBY’s merits outweigh its flaws, I will raise you this: its incredibly detailed fairytale elements. While Ruby Rose, Glynda Goodwitch, and Ozpin might be obvious references, if you delve deeper into the fandom, you’ll find out just how much care was put into building these characters. For example, each member of team JNPR (pronounced “Juniper”) is based off a fantasy figure who crossdressed at some point. Jaune is a reference to Joan of Arc, who famously disguised herself as a knight to fight for who she believed was the rightful king. Nora is a reference to Thor, who disguised himself as the goddess Freyja to retrieve his hammer, Mjolnir, from a giant. Pyrrha is a reference to Achilles (and actually, her entire character arc is modeled after him) who pretended to be a girl to avoid fighting in the Trojan war. Lastly, Lie Ren is based off Hua Mulan, who famously disguised herself as a man to go to war in place of her father. This is also interesting because it shows clear influence over the characters qualities. Both Jaune and Ren have traditionally effeminate qualities, like having smaller builds, and lesser stamina. Pyrrha and Nora, on the other hand, are more muscular than many of their classmates. Furthermore, Pyrrha is a prime example of the influence of her mythological muses. She is a prodigy among her already talented classmates, mirroring Achilles’ physical prowess. She also wields a shield and spear, like the Greek warrior. Plus, her undefeated record supports the reference in her last name to Nike, the goddess of victory.

Nevertheless, what the production team does best is not forcing the storyline to be a perfect mirror-metaphor for any one of these classic stories. It holds fast to its own mythology, while creating that mystical feeling by referencing an incredible amount of well-known stories from our childhoods. In the end, the short nature of RWBY makes it easy on any skeptics and critics to give it one more go. Best case scenario, you might not even be able to wait for Volume 4 coming out sometime this Fall!