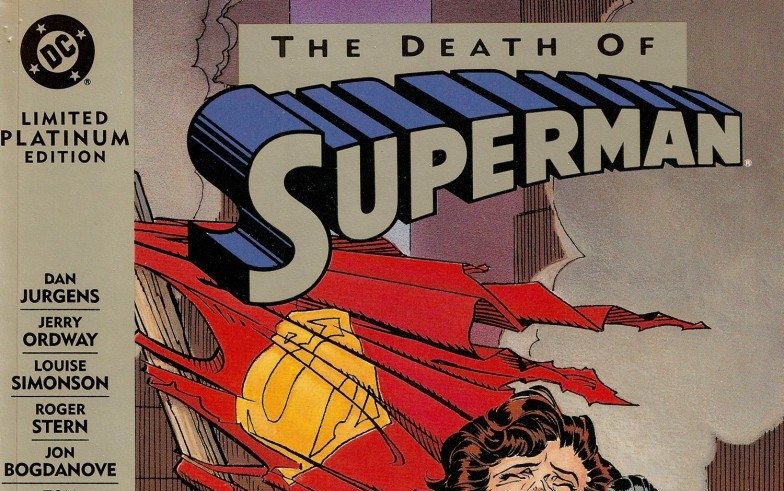 At the heart of every business operating under capitalist ideals is the drive to make money. And, as much as we love the art form of comic books, at the end of the day it is a business just like any other. If a comic does not sell, it does not matter how well received or critically acclaimed it may be, it will be cancelled. To avoid this, companies are sometimes forced to try certain gimmicks in an effort to increase sales. This can vary from something as simple as a team-up between unexpected characters to a line of variant covers, or even, if a company really wants to increase sales, the death of a popular character. But, are these gimmicks actually effective? Looking at the sales numbers, the answer becomes a definite “maybe?”

The main reason it is hard to come to a definitive answer on whether gimmicks are successful is because gimmicks like variant covers are not counted as separate sales from the normal comic book. For example, DARK KNIGHT III: THE MASTER RACE had over 70 different variant covers that were shipped to comic book shops around the country. The sales for this first issue were absolutely enormous. In its first month, issue #1 sold 440,234 copies. But, it’s hard to tell if that’s because of the amount of variants offered or because of the excitement surrounding Frank Miller’s return to BATMAN. The second issue showed a significant drop in sales, even though it also included a selection of variant covers. Issue #2 only sold 158,188 copies. This is still a huge number for comic books, but is a significant drop, even with the inclusion of more variant covers. 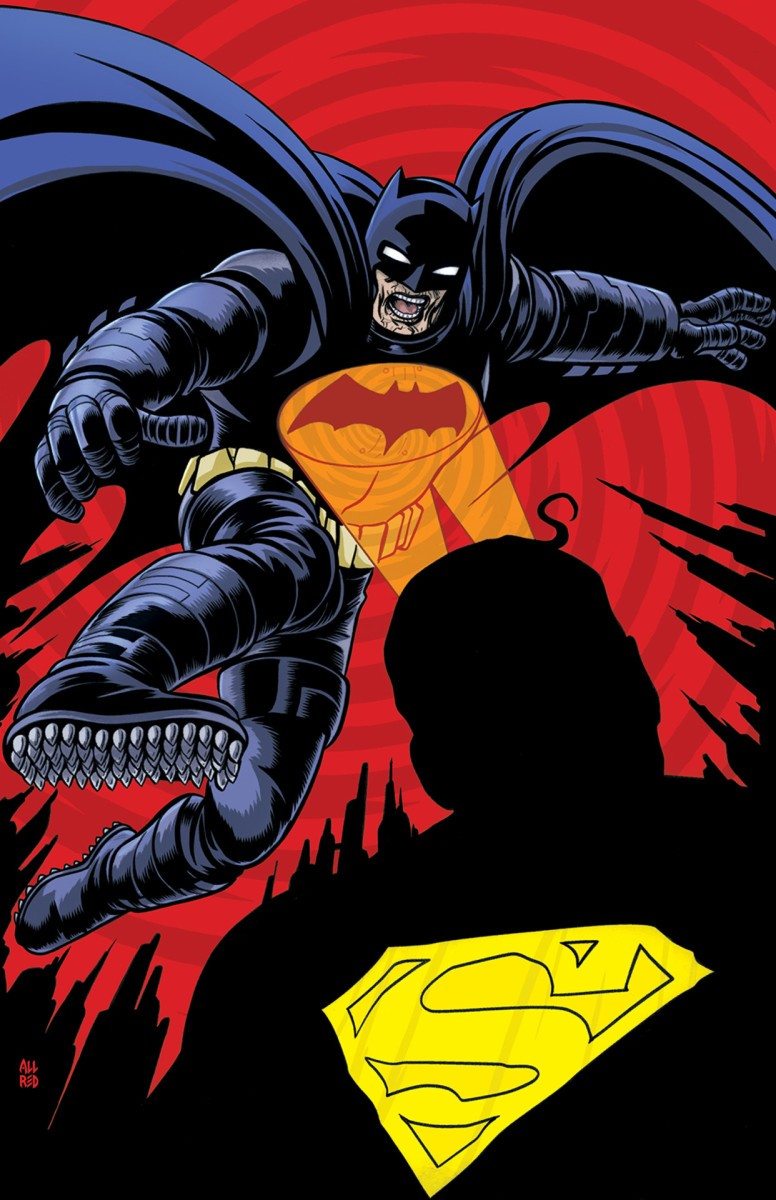 There is also a problem with variant gimmicks being attached to new #1 issues. These comics always sell well because of the excitement of a new story but eventually, these numbers naturally decline. For example, Marvel recently released a line of variant covers based on classic hip-hop album covers. However, each of the 55 variants, were attached to a first issue release. This makes it almost impossible to know if the sales numbers were based on excitement for the new series or were related to the covers.

READ: To find out more about DARK KNIGHT III: THE MASTER RACE, check out our review!

Beyond variant covers, companies will also attempt to team-up popular characters with those less popular, in an attempt to get them more exposure. The most recent high-profile attempt came in the form of a team-up between DC Comic’s Batman and IDW’s Teenage Mutant Ninja Turtles. Batman has consistently been one of the top selling monthly comics for years. In the month of December, the same month that BATMAN/TEENAGE MUTANT NINJA TURTLES #1 came out, the solo BATMAN title was the 5th highest selling single issue at 127,201 copies sold. The solo TMNT comic was far less successful; ranking 150th with 17,190 copies sold. 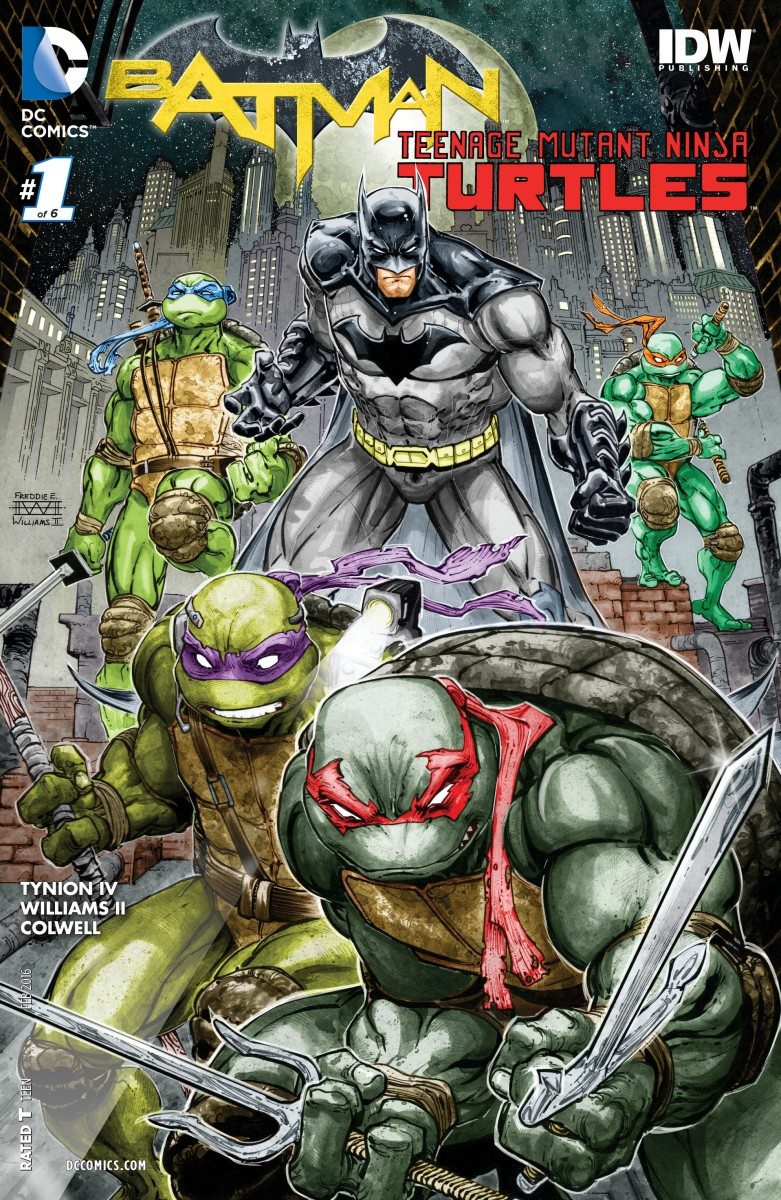 The team up between the two properties did manage to outsell both solo series with 134,526 copies sold, ranking 4th in December 2015. This is a huge increase in the amount of readers that the TEENAGE MUTANT NINJA TURTLES are normally exposed to. But, it is hard to tell whether that will translate into increased future sales. BATMAN fans will buy BATMAN comics, the question becomes, will they begin reading TMNT as well? Only with the release of the sales figures for TMNT #54 in January will we truly know if the increased exposure will lead to increased sales.

READ: For more BATMAN theory and analysis, check out our analysis on BATMAN‘s ongoing problems with creating new villains!

One of the more proven ways to increase sales and get national attention beyond the regular comic book community is to kill off a popular character. Very few gimmicks have the impact that this can. The most prominent example of how massive an event a superhero death can become is the Death of Superman in SUPERMAN #75.  This issue sold millions of copies. A lot of this had to do with the comic boom at the time where investors were buying massive amounts of comics in the hope of gaining a large return in the future. Many of these buyers never came back. Ironically, the issue became the highest selling issue of the 90’s for DC Comics, but at the same time almost crashed the comic book industry because it forced them to publish millions of copies of subsequent issues that there was no demand for.

Superhero deaths have remained just as popular in modern times. In 2009, DC Comics seemingly killed off BATMAN in FINAL CRISIS #6. This led to a minor increase in sales, but nothing near the level of the Death of Superman. FINAL CRISIS #5 sold 109,166, while issue #7 sold 103,261 copies. The actual issue where BATMAN dies sold only marginally more, totaling 110,858 copies. In this instance, the perceived death did little to increase sales. 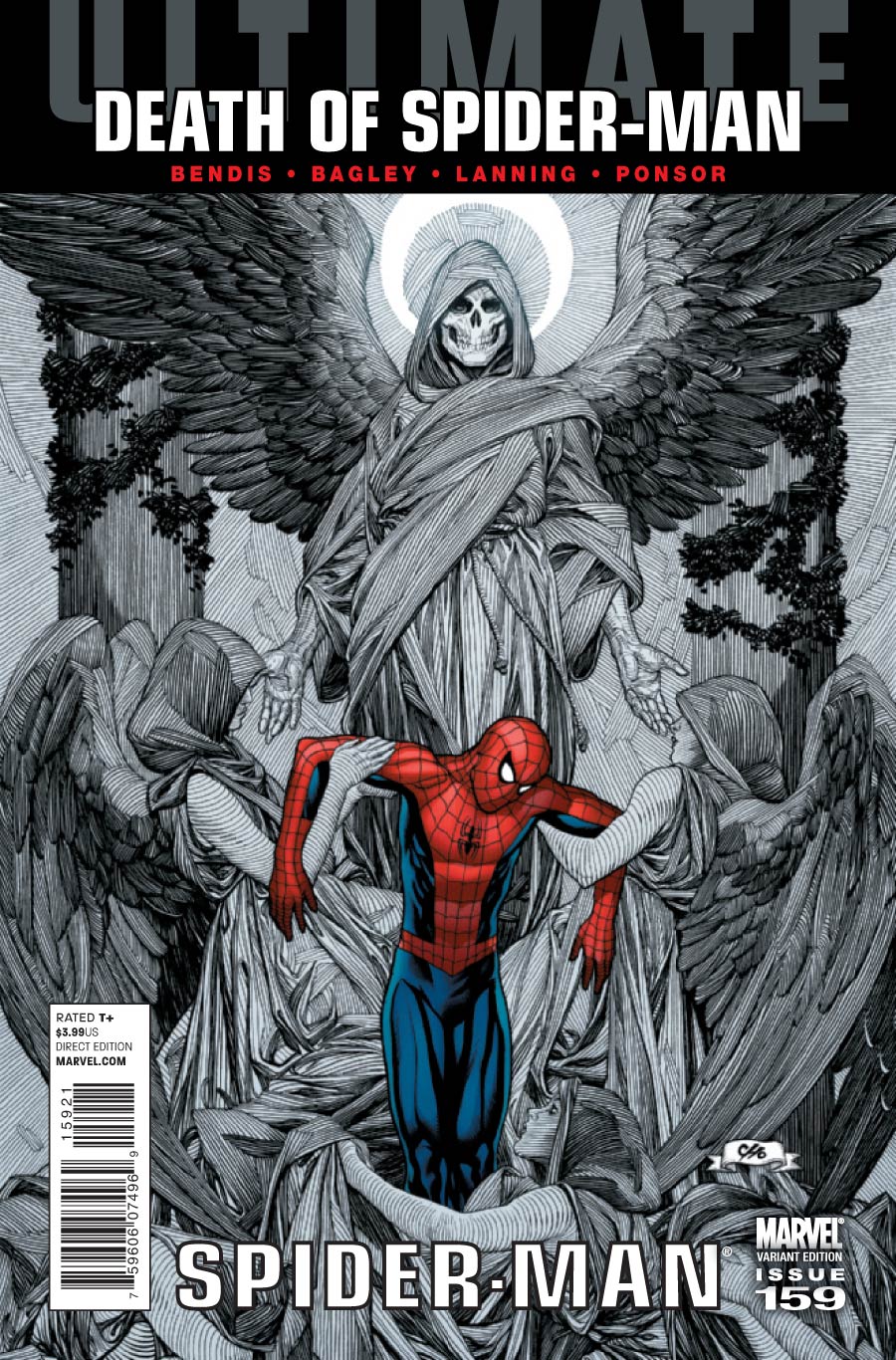 However, FINAL CRISIS’ sales seem to be more an exception to the rule than anything else. When Marvel decided to kill Spider-Man in the Ultimate universe, their sales took a huge leap. From ULTIMATE SPIDER-MAN #159 to issue #160, where Spider-Man actually dies, sales tripled to 159,355 copies sold.  Not only was this gimmick successful, it also had the added benefit of allowing the new Spider-Man, Miles Morales, to thrive and become a mainstay at Marvel.

In the end, it is very hard to tell how successful a gimmick will be. Many times, there are a number of variables surrounding a gimmick that will determine its success. It’s hard to distinguish which factors truly lead to sales increasing or decreasing. Variants regularly accompany a new #1 issue and it’s impossible to say how successful the comic would have been without the inclusion of variants. Team-ups lead to more exposure, but it takes time to see if the team-up will lead to readers continuing to read the less popular characters. Deaths are normally a safe gimmick to increase sales, but, as BATMAN has shown, it is not a guarantee. Gimmicks will remain a mainstay in comic books as long as the potential for increased sales is there. And it’s definitely, sometimes, effective.  Probably.