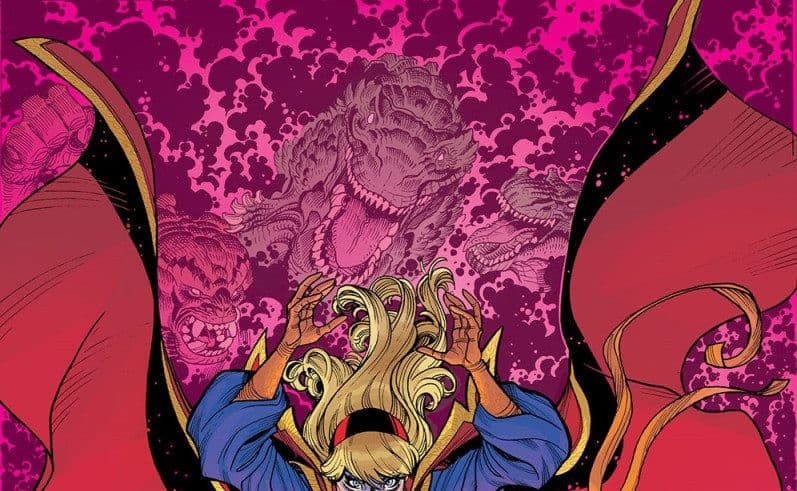 Ever Since she has been back, the world has not had enough of her! Well, in June it is about to get more Gwen-ly. Marvel will release 20 Spider-Gwen variant covers in honor of the new fan favorite character, Spider-Gwen.

GWEN Is Taking Over!

She’s smart, charming, and she can lift a car! She’s Gwen Stacy, the Spectacular Spider-Woman, and she comes to you each month in the pages of the critically acclaimed Spider-Gwen series! But what if Gwen Stacy had lifted Mjolnir to become Thor: Gwen of Thunder? What if she had been awarded the Eye of Agamotto, and battled the forces of the supernatural as Dr. Gwenge? Find out as she powers up for June’s can’t miss SPIDER-GWEN VARIANTS – as the industry’s top artists show you a side of Gwen Stacy you’ve never seen before!

“Gwenom? The InGwenible Hulk? The Mighty AGwengers? What about G.W.E.N.D.O.K.?” asks Marvel SVP Sales & Marketing David Gabriel. “The possibilities are endless. As soon as the idea came together to portray Gwen as a variety of Marvel heroes, our artists couldn’t sign up fast enough. They’re having a ton of fun putting these together and it shows.”

Gwen Stacy Variants will be available throughout the month of June, coming to these 20 exciting titles:

Will you be running to your local shop in June? I am curious to see some of the other covers myself, but the Dr. Gwenge definitely has my name on it. Sound off in the comment below and let us know which ones have peaked your interest!