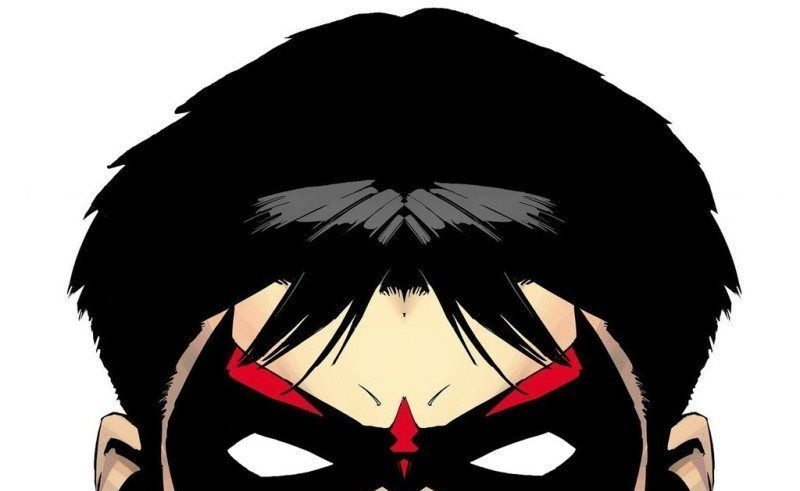 This week, DC Comics is launching a multi-part crossover known as ROBIN WAR, an event that will bring all Robins from past and present together in the pages of GRAYSON, WE ARE ROBIN, ROBIN: SON OF BATMAN, and DETECTIVE COMICS! This is the first time readers will be seeing a major DC event focusing solely on the Robins since the New 52 was implemented. Since we’re as excited for it as you are, ComicsVerse is providing a spotlight for each major Robin involved to get you prepped and ready to read. And luckily, I’m covering my personal favorite Robin, Tim Drake, so let’s get started! 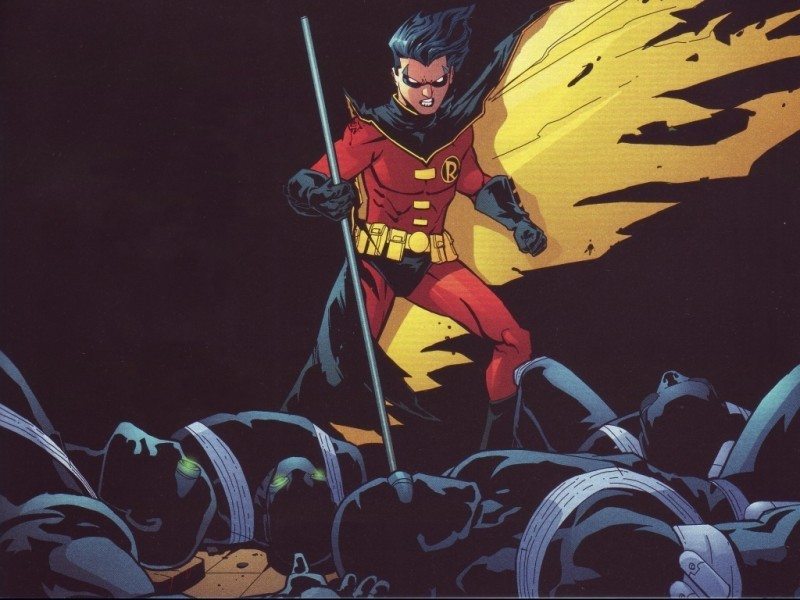 After fans phoned in to have Jason Todd’s term as Robin terminated with a crowbar in the 1989 storyline “A Death of the Family,” Batman mourned his death and chose not to seek out another orphan to become his ward. The moniker of Robin and those iconic boy shorts were retired and hung in a glass case for Bruce Wayne to brood over until the end of time.

Thankfully, Tim Drake was introduced seven months later by Marv Wolfman and Pat Broderick in the pages of BATMAN issue 436. To finally end the uncomfortable stigma surrounding Batman adopting teenage boys who look exactly the same, Tim Drake was introduced as a young detective. He earned his spot as Robin by deducing the caped crusader’s identity all on his own. Yet, Tim Drake still had the physical likeness and attitude of both Dick Grayson and Jason Todd, so how did DC Comics differentiate him further? Well, readers, Tim Drake was the first member of the Batfamily to be introduced with living, breathing parents. That’s right, not a single, dead—wait, I lied, they die later … but I’m getting to it, relax already. 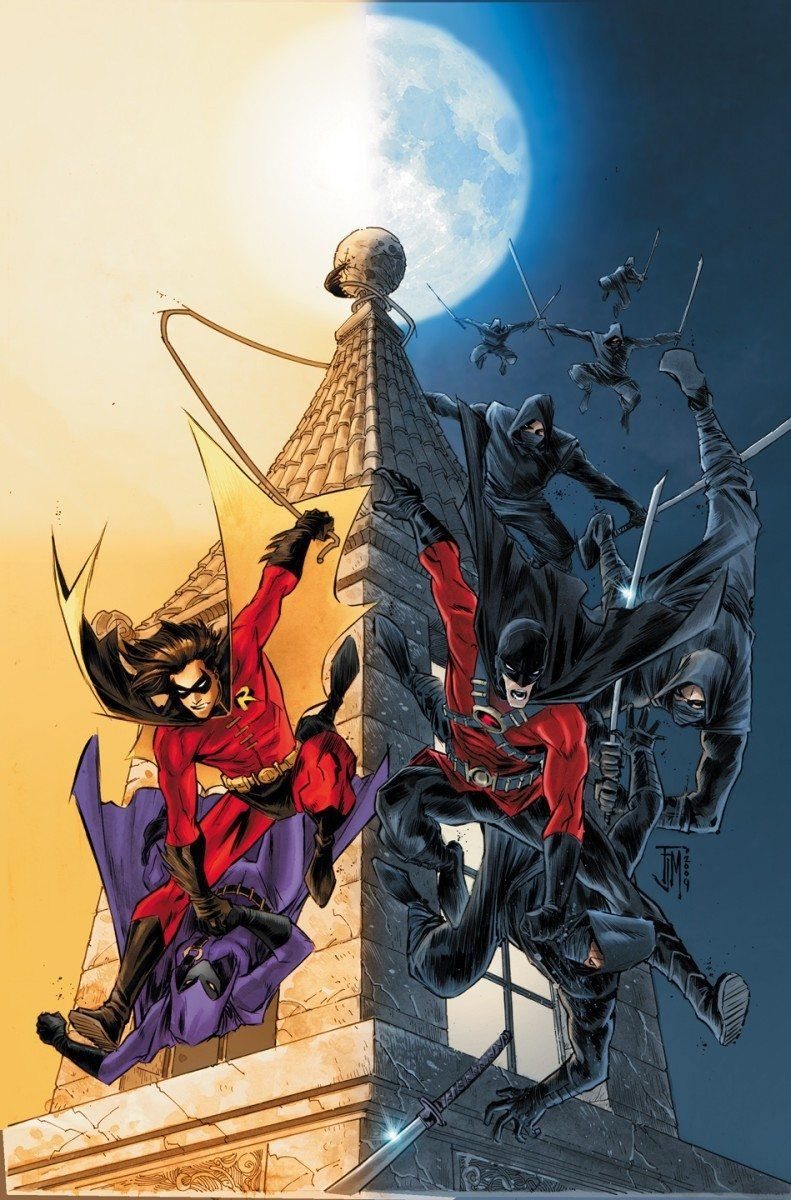 When introduced, Drake gave up the life of tights and boy shorts. His Robin costume was made of red armor, a black and yellow cape, and bright, green leggings. I’m told those are pants, so it counts. He later adopted a super cool red/black variation of the costume and added long sleeves to the outfit, a fashion trend I have stuck with to this day.

Moving on from the costume, Tim Drake had the second longest tenure as Robin and took part in major Batman events such as “KNIGHTFALL” and “NO MAN’S LAND”. He also stepped out of Dick’s shadow when he became a leader in books like TEEN TITANS and YOUNG JUSTICE and proudly remained Robin. Unfortunately in “IDENTITY CRISIS”, Tim’s father, Jack Drake, was brutally murdered by a villain named Captain Boomerang, and the event was witnessed by Drake.

After the trauma of losing his father and no longer having a family, he was officially adopted by Bruce. After being accepted as a son of Batman, Tim then gets beaten by Batman’s actual son, Damian. With Bruce’s death in “BATMAN R.I.P”, Damian takes up the role as Robin and Tim becomes Red Robin, an identity originally created for an adult Dick Grayson in Mark Waid and Alex Ross’ brilliant mini-series, KINGDOM COME. After the death of his hero, Tim drops off of the grid, desperately searching for signs that Bruce is still alive. 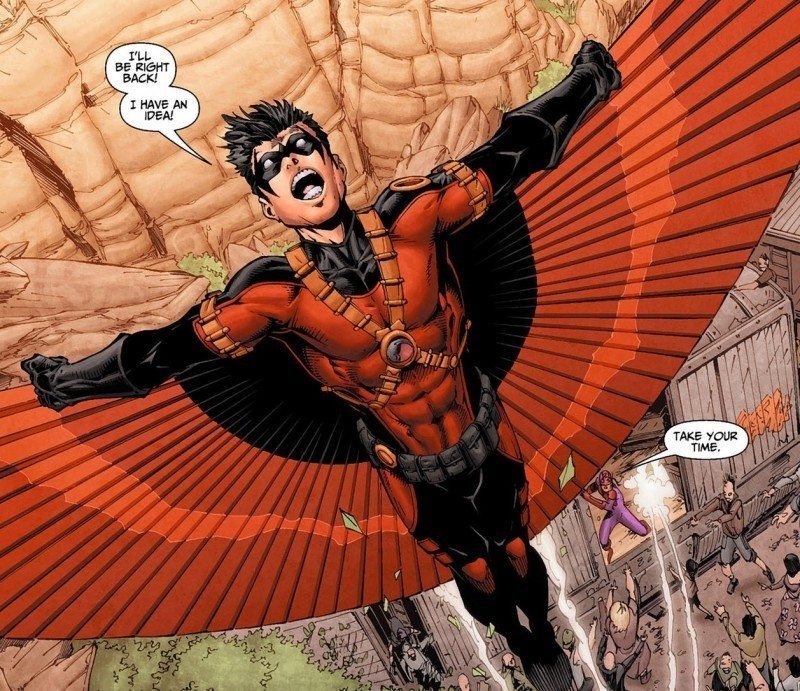 Tim Drake’s tenure as Red Robin pre-New 52 was fast paced and fun, featuring supporting characters like Stephanie Brown and Superboy. Facing off against villains like League of Assassins and Hush, he is eventually reunited with the Batfamily when Bruce returns from the dead and starts Batman, Inc, an international league of Batmen in Grant Morrson’s BATMAN INCORPORATED.

The reunion was short-lived, though, as DC relaunched their entire line of comics as the New 52, and Tim was delegated from Gotham regular to just being the leader of the Teen Titans. The character has been kept distant from the Batbooks despite involvement in crossovers like “NIGHT OF THE OWLS” and “DEATH OF THE FAMILY”. Tim has recently had a spotlight on him in this year’s weekly FUTURES END comic where a future version of him becomes Batman Beyond! Beyond TEEN TITANS and the new BATMAN BEYOND ongoing, Drake is also currently a major player in BATMAN AND ROBIN ETERNAL. Appearing in ROBIN WAR is the next step into re-establishing Tim Drake into the Batfamily and you don’t want to miss it! Pick up ROBIN WAR #1 on Wednesday 12/2/15 at your local comic shop! You won’t regret it!

LISTEN: Check out our origin of the Red Hood for preparation for ROBIN WAR!