In GENERATION X #2, writer Christina Strain and artist Amilcar Pinna add an action-packed story to the evolving drama of the series. Continuing off from the nail-biting cliffhanger of the previous issue, this story attempts to up the spectacle by showing off a bit of what the new mutant team has to offer, as well as foreshadowing some of the internal dispute amongst them. Will Jubilee manage to teach the next generation of mutants how to work together? Or will strong personalities like Quentin Quire aka Kid Omega destroy the next generation before it even begins? GENERATION X #2 reveals it all!

LISTEN: Need more X-Men Women in your life? Check out the podcast celebrating them!

Purifiers at School: A Normal Tuesday

The issue starts off with the new Xavier Institute (now located in Central Park) under attack. Purifiers roam the grounds attempting to kill as many helpless students as possible. Since they’re mutants and thus not technically part of human society, according to these individuals, such violent acts are justified. Quentin sees this as an opportunity to show off how much he’s reformed to the good side as he rushes to help those fighting for the school. Despite the fact that he’s a student and should have gone to the library with his peers, he just feels overly compelled to prove himself. This, naturally, escalates the situation. 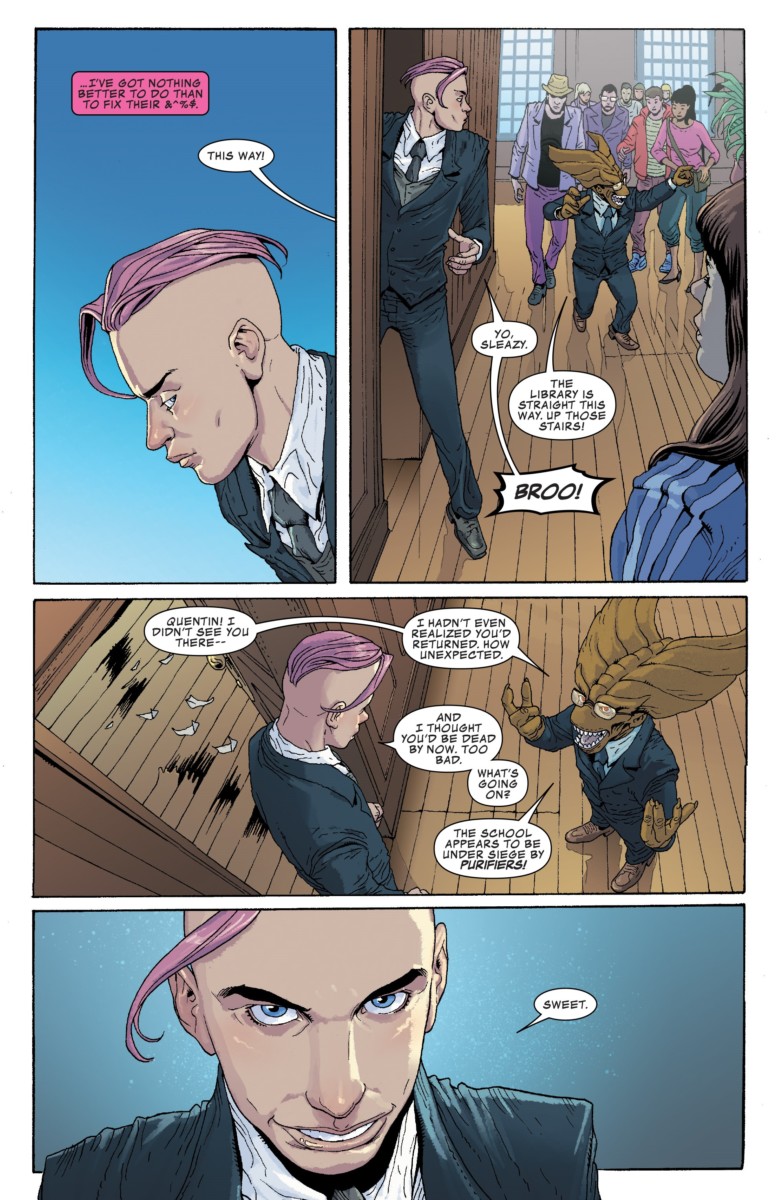 What I love about this issue is how much it feels like an X-MEN comic. It reads as though each of the members of this budding team carries weight in their own right, even if their powers lack definition as of now. Roxy Washington as Bling! shows off her capability of being a strong leader, while also bumping heads with the equally stubborn Quentin. Personally, I found Lin Li (Nature Girl) extremely enjoyable even if she doesn’t get a lot of screen time. Her powers seem to focus on controlling nature, obviously, but what really stood out to me is how she handles aggressors. When these non-mutants are in the library with the mutants, she has the strength to ignore them and go about her business. She knows what the Xavier School is doing is right and thus doesn’t need to respond to the abuse.

READ: Interested in a more traditional X-Men group? Check out our review of X-MEN PRIME #1

This issue reads as a kind of first test for the group. A pseudo-training into the danger room if you’d like. They have a lot to iron out. For example, they need to learn how to use their powers in unison and how to listen to the adults when the situation calls for it. But GENERATION X #2 really gives the chance for these characters to show off what they can do. Some appear more powerful than others, yet that power proves useless when it goes to their head. Only when they manage to use the advice of their superiors to fend off their attackers are their powers of any use.

This is an action-heavy issue. Sometimes it’s hard for artists to properly show that with still images, but not Amiclar Pinna. This artist makes the fight scenes really matter. Every time a character moves you can feel the flow of the body as they do so. When there’s a particularly stressful scene you feel that stress. The hyper-realism within the facial expressions allows the reader to truly grasp onto this fictional landscape in a way that feels both familiar and new for an X-book. It all goes so fast that your heart feels like it’s racing by the end of the issue. 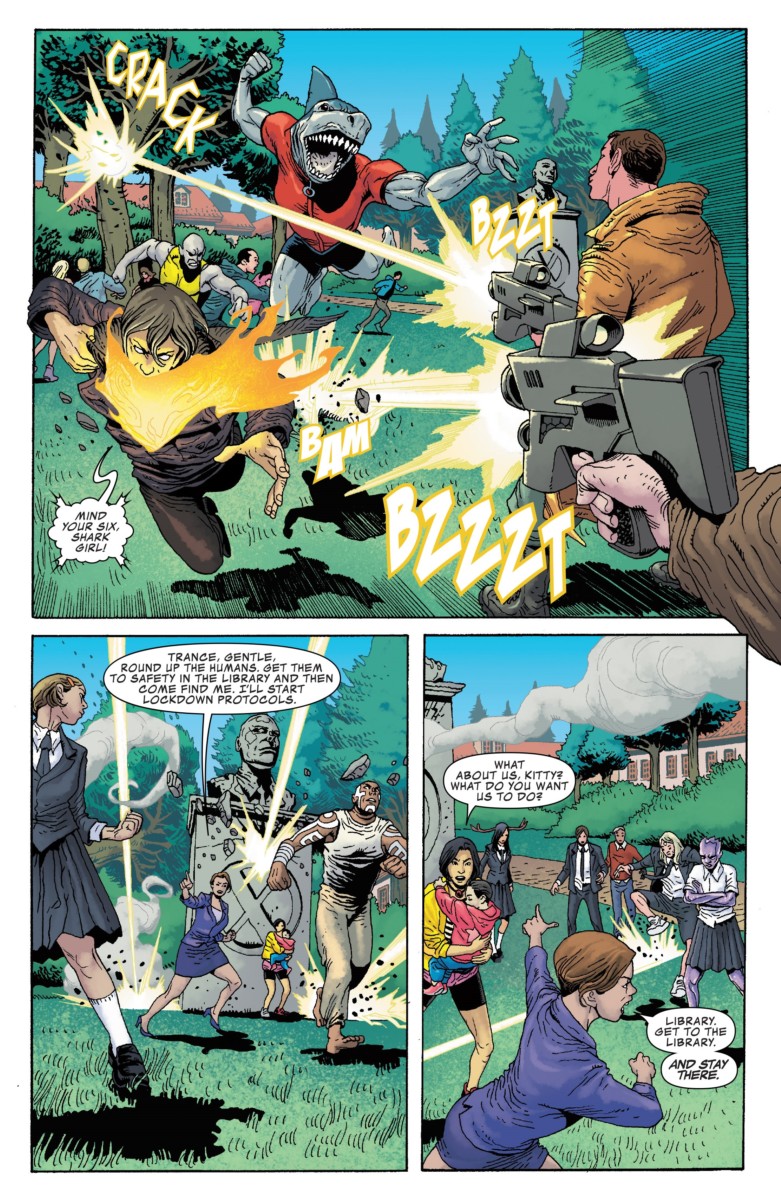 GENERATION X #2 is an exciting new view of the X-Men universe. A lot of beloved characters find themselves forced into leadership roles that they previously thought improbable. No longer are they children but leaders of a hopefully beneficial school for mutants. The kids themselves feel like the original team. Each of them lost in their own drama yet wanting to do something for both the school and themselves. They act like kids, but not in a way that would alienate readers. It’s still early in the run, but with all of the foreshadowed drama, this run could rival something like the original NEW MUTANTS.