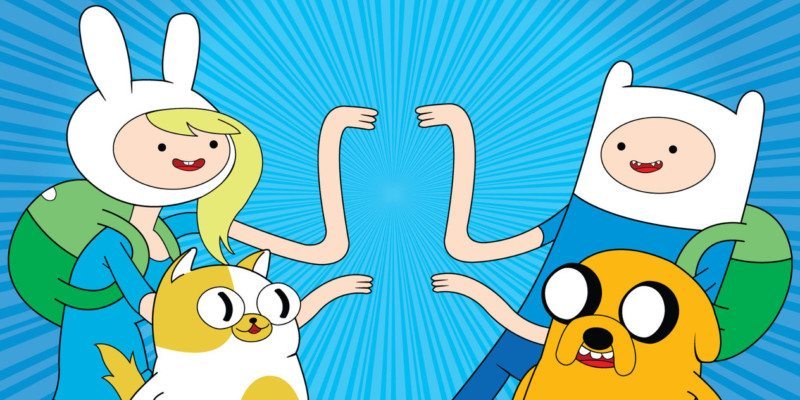 As long as written or visual art has been around, the concept of “genderbending” has existed. The novel, ORLANDO, published in 1928 by Virginia Woolf, is about a man who transforms into a woman and lives through both gender roles. However, the concept is more well-known on the internet as “Rule 63” or, “for every fictional character, there exists an ‘opposite-gender’ counterpart.” This doesn’t mean that an official version of a gender changed character always exists. It just means that there are artists in every fandom who like to apply the concept and some written or visual work can be found to exemplify it.

Here’s the problem: genderbending stems from the idea that gender is binary and infallibly tied to sex. Generally, when a boy appears on screen, viewers assume that he is cisgender. Cisgender means you identify as the gender you were assigned at birth (genitalia and all). So, when someone genderbends him, he becomes a cisgender girl. Since this leaves little to no room for transgender characters or gender nonconforming characters, genderbending can be an issue when in the hands of a fandom.

A quick Google search of the term sums up the argument. If you’ll please ignore the anime results, you’ll notice the diametrically opposed statements about transphobia. Is it right to assume that every character you see is cisgender? Does every show involving transgender characters have to make their transitioning and identity core parts of the story? Can’t we assume that it is equally likely a character is transgender? The most common argument is that, in the United States, only 0.6 percent of the population identifies as trans, so it’s acceptable to assume a character is probably cisgender, unless stated otherwise. However, it is important to recognize that 71 percent of trans people hide their gender situation out of fear, and networks often censor transgender representation for one reason or another. So, it’s safe to say that the estimated population of trans people is too low because of underreporting. Furthermore, the pressure to stay silent is reinforced by a lack of media representation and fans excluding the idea that a character could be trans.

For example, the storyboards for GRAVITY FALLS’ “Love God” depicted Cupid wearing a gender-inclusive symbol used in the LGBTQ community, as well as a lesbian older couple. The official episode aired without either of these. Cupid’s symbol was changed to the symbols for male and female, and the lesbian couple was swapped out for a heterosexual one. So authors themselves might not even be able to represent their characters’ identities explicitly.

Gender assumptions also completely ignore the fluid gender spectrum that is slowly gaining recognition. The fact is that gender does not always represent sex, and genderbending is primarily based on changing the physical appearance of a character. The intrigue is with “how would this character look like a girl/boy?” Well, what does a girl or boy have to look like? That question might seem ridiculous, but it’s an important one for many people. Gender is an important aspect of people’s lives, make no mistake, but the stark binary that is generally used by society today (boy vs girl) has been forcibly constructed that way. Other societies, like many Native American tribes, had different genders that were considered just as legitimate as “man” or “woman.” So, even if our society has a binary view of gender, it doesn’t exclude the fact that there are other legitimate genders that won’t match society’s depiction of girls or boys.

Plus, even those who identify as a boy or girl may not look as expected. The 2011 National Transgender Discrimination Survey found that approximately 14 percent of trans women and 72 percent of trans men say they do not ever want to get full genital construction surgery. The study also found that only 61 percent of transgender and non-conforming respondents have medically transitioned. For example, Lauren Hennessy, an actor, is a trans man who has chosen not to transition or change his name. Because of that, he may not look like a cisgender male to many people, despite wearing masculine clothes. And then there are those who don’t identify with any gender, but still may “look” like a girl or boy, according to societal expectations. Essentially, genderbending can thoughtlessly undermine several already marginalized groups by emphasizing gender binary-based expectations of appearance. So, the question still remains, is it really fair to 1.4 million+ people to “genderbend” possibly non-cisgender characters and reinforce these standards?

LOOK: Interested in discussions about feminism in television? Check out this article about VOLTRON

On the other hand, how far removed is genderbending from other innocuous fanworks? The best question any fan ever asked to themselves is, “What if these characters actually lived in <insert alternate universe here>?” Alternate universes (AUs) are a staple of fandom culture. From hopeful “everyone lives” AUs to romantic “coffee shop” AUs, most fans enjoy speculating “what if?” about their favorite characters. With that in mind, how over-the-line is a “what if this character grew up as a cisgender girl instead” AU? How is that different from having an AU where the character is transgender? Again, this can go back to the fact that genderbending is more visual than written, which can reinforce the gender binary. However, it is important to remember that fanworks have always been for fun, and usually for the personal enjoyment of the fan creating their art or fiction. When can you tell that fan when their work stops being theirs to manipulate?

Building on that same idea, does every public art post have to become a political opinion? While genderbending does carelessly erase the gender spectrum, should that send genderbent fanart under the radar? Would it be better if artists labeled similar works as, say, “If Disney Characters Had Fraternal Twins!” instead of “These Genderbent Disney Characters are Astoundingly Gorgeous“? Or should fans have a disclaimer on their posts saying, “This is my view of the character, but that doesn’t necessarily exclude alternate gender depictions of the same character”? When considering the potential negative effects of genderbent art or fanfiction, we also have to think about what trying to erase this art would accomplish. Fans will create what they want. So, would being forced to call it by another name, or preface it with a disclaimer really reduce the amount of genderbending out there, or would it just give a better excuse to draw it?

ADVENTURE TIME is the most notable case of canon genderbent characters. They throw in the occasional spin-off “Fionna and Cake” episode, with the gender of every character “flipped.” Of course, this leaves characters whose genders are questionable (like BMO) alone, but we still get a classic Rule 63 situation. Personally, I adore Fionna and Cake because it gives me an opportunity to identify more closely with her. I really enjoyed watching the same colorful, fantastical show, but with a female lead. I also thought it was a hilarious dig at gender-swapping fanfic writers since the AU is written by the show’s antagonist, Ice King.

Unlike a lot of genderbending situations, where the swapped characters end up conforming to certain gender stereotypes, both Finn and Fionna experience similar themes, from adventure to awkward teen romance. While it may be upsetting to see a canon declaration of the wide array of characters’ cisgender standing (although genitalia may not really play a huge role for anyone besides Finn, Fionna, and Marshall), because it is the author’s canon alternate universe, somehow it seems to change the game by altering gender norms.

READ: Sucker for the “Bad Boy” Trope? Check some examples of where it fails!

In this case, it’s putting a girl in the role of a princess-saving knight: Fionna is a prince-saving knight and shares all of Finn’s qualities, not skewed by her gender. Furthermore, the show being a “canon” alternate universe still gives fans the same opportunity to interpret either Finn or Fionna as trans. For example, it’s possible to say that Fionna was Finn’s birth name until he transitioned, or vice-versa. If anything, this genderbending situation puts the light back onto creators underrepresenting marginalized groups, instead of the questionable morality of fan activities. Meaning, since it was the creator’s call to create a genderbent version of their show, it’s not necessarily poor practice for fans to enjoy depicting the genderbent characters in their art.

The most important thing to do with any of this information is to consider it thoughtfully. Whether you approve or disapprove of genderbending (canon or otherwise) it is always necessary to consider all aspects of the argument. Many of the issues concerning Rule 63 are centered around artists not being aware of the implications of genderbending. On the other side, those who are against genderbending might not think about how helpful erasing the concept would actually be. Like many problems, this is one that can be solved with education, consideration, understanding, and maybe compromise.