Geekdom and nostalgia go hand in hand. One needs to look no further than the recent STAR WARS films: THE FORCE AWAKENS and ROGUE ONE films and the ongoing DC Comics Rebirth initiative. Their financial and critical success clearly states that people are willing to pay for it, hand over fist; but, to what exactly do these products — amongst countless others — owe for this level of success?

In the case of the aforementioned films and DC Comics’ new initiative, the marketing, and final products relied almost entirely upon the audience’s love for this franchise’s glory days. This longing for the past seems to be the leitmotif of pop culture these days. The “glory days” or phrases like “back when it was good” seem rampant regarding so many old franchises and their latest incarnations.

Nostalgia seems to be at the heart of so much in the realm of pop culture. Its presence across the mediums of film, comics, and video games indicate that this is not an isolated occurrence. There are even franchises that cover all mediums in addition to their considerable merchandising capabilities.

Read: Do you love Final Fantasy XV? Read about how it challenges depictions in media!

Have you ever thought that the nostalgia that has so completely overtaken our perception and expectations of a product in this day and age is detrimental? Does it really benefit the product overall or damage its quality in the long run?

It is certainly a tightrope that the creators and curators of classic franchises across all mediums have to navigate. After all, nostalgia is in service of legacy, which clearly caters to the older fans of a series. Ultimately, though, the cold reality of any business is to make money and that is where the new blood comes in. For instance, many people who love STAR WARS today weren’t there for the original May 1977 release. Many of its most ardent fans came after the original trilogy had already left theaters for many years.

They actively consumed the then ongoing expanded universe in the form of novels, comics, video games, and television series. Yet with the latest releases from Disney, there has been vehement reverence for the originals, assuming that even the most casual fans are tickled by the nostalgia-based promotional campaigns.

Having seen both films, it is easy to see and perhaps to fault the products as being excessively reverential of the past. THE FORCE AWAKENS stands out particularly in this regard. The oft-cited argument against this movie is how closely the movie emulates the basic plot structure of STAR WARS: EPISODE IV — A NEW HOPE. While there is merit to the argument, there is no denying that perhaps because of this approach, the movie was a huge success. This raises a very important question: was the movie successful simply by virtue of it being like something from the past as opposed to a good movie on its own terms? 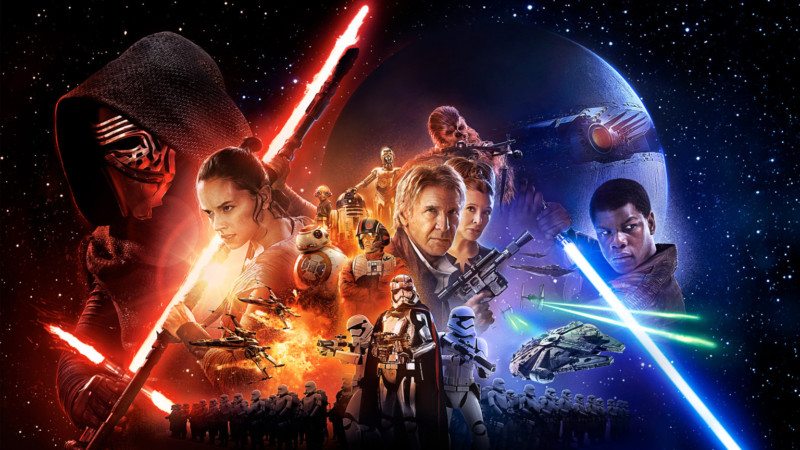 There is one major point no one seems to address regarding  THE FORCE AWAKENS: whether or not it is a fact that it very consciously undid the entire character arcs of the protagonists of the original trilogy needs to be answered. Princess Leia was yet again the figurehead in a rebellion against an evil empire and Han Solo reverted back to being an irresponsible smuggler alongside Chewbacca. Luke Skywalker is one who arguably didn’t return to his original starting position. His character arc could be said to represent the metatextual dangers of excessive nostalgic pandering.

The entirety of the prequel trilogy demonstrated over the course of the 3 films the mistakes the Jedi Order made which led to their near extinction. Luke Skywalker was supposed to be the first Jedi of a new order, having seen and lived the aftermath of their folly. In THE FORCE AWAKENS, we find him washed up, isolated and in seeming contemplation over his failure. Luke has essentially been doomed to be a simple repetition of the Jedi Order he was supposed to redeem. 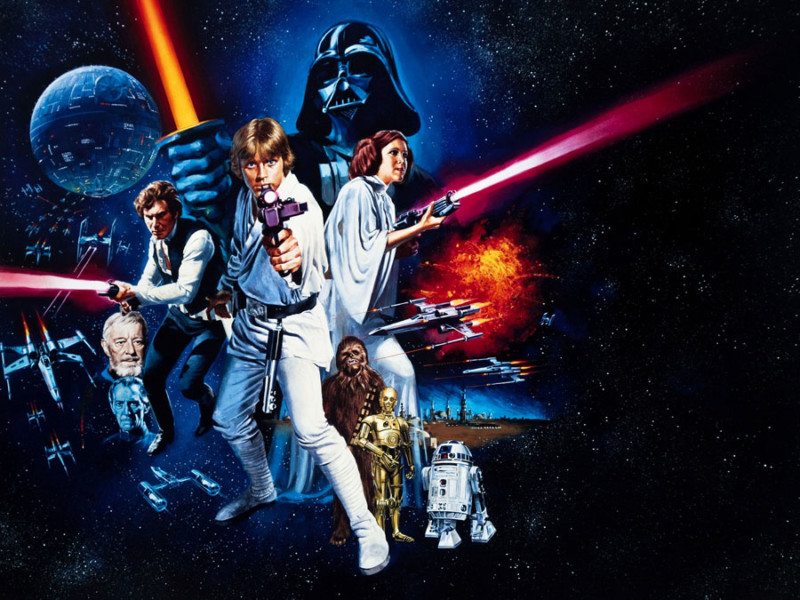 A major blueprint of the STAR WARS mythos has always been Joseph Campbell’s monomyth, a heroic cycle of events. While it could be argued that this cycle is endemic to STAR WARS as a whole, it does raise the question regarding the virtue of such strict adherence to a cycle. This very easily lends itself to stagnation, all in the name of nostalgia.

J.J. Abrams’ film even seems to acknowledge this danger in the previous image. It’s almost a perfect representation of the dangers of constantly trying to return to the “glory days,” which are clearly little more than ash with each passing day. As stated before, the movie’s metatextual reference to the dangers of nostalgia seems lost in its faithful reproduction of the plot of A NEW HOPE.

It is quite early in this new tenure of the franchise under Disney’s ownership. However, its second and most recent example, ROGUE ONE: A STAR WARS STORY, demonstrates a palpable fear of doing anything without the safety net provided by the nostalgia of the original trilogy. This ranges from the constant cameos of original trilogy characters to the settings, droids, and aliens from A NEW HOPE.

There comes a point where so many references become as subtle as a sledgehammer in their delivery to the audience. And for what purpose? To simply tickle the audience’s nostalgia? We’re already in the movie theater watching the movie! We don’t need STAR WARS references in a STAR WARS movie, as strange as that might sound. And these problems are compounded by the nature of ROGUE ONE as a prequel.

While ROGUE ONE is a good film on its own terms, its nature as a prequel slaves the drama to an inevitable and unsurprising conclusion. The film is robbed of any urgency because the conclusion (read as A NEW HOPE) is known to us long before it starts.

Click: Do you love Star Wars? Read our ROGUE ONE Review!

This longing for the past is not inherently wrong and the DC Rebirth initiative (currently running across DC Comics’ entire publishing repertoire) is a prime example of this phenomenon in another medium. The initiative could very easily be interpreted both textually and meta-textually as an ode to the past whilst creating new roads to the future of these characters. Geoff Johns, DC Comics Chief Creative Officer, had previously revamped both GREEN LANTERN and THE FLASH with their own Rebirth miniseries to stunning sales and massive critical and fan acclaim. This is evidenced by the newfound interest in the entire Green Lantern mythos, a passion project for Johns.

Johns was smart enough to know that his job was not just appealing to the past, but actually reconciling it with the present and a look towards the future. This is an interesting point when we consider that DC Rebirth was essentially a massive apology for the previous line-wide initiative, the New 52. 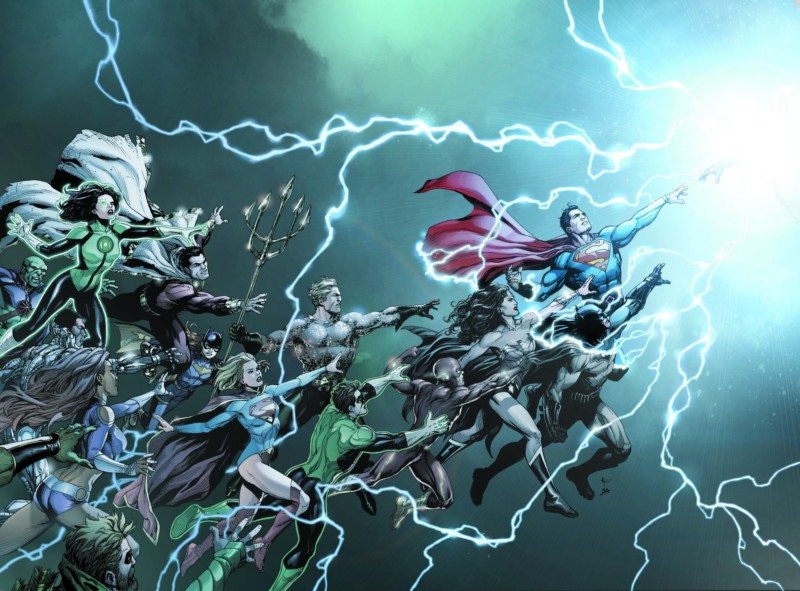 Rushing into the future

Launched in 2011, the New 52 was essentially a massive reboot of the DC Continuity in an effort to cater to new readers. Nostalgia was clearly not on the agenda with the New 52. Iconic aspects that had been running for several decades, such as the marriage of Clark Kent and Lois Lane, the entire Flash legacy of Wally West among other aspects were excised overnight in the New 52. The response was tepid, to say the least. Resetting and erasing entire legacies from one day to another was definitely a bold move. Ultimately it showed that older fans felt alienated in favor of a mythical, yet always ephemeral, new reader.

Eventually, the great sales of the beginning of the launch gave way to more typical sales figures. Eventually, sales reached less than average figures. One of the most prominent cases reflecting this new approach was the Superman franchise. During this time period, the Superman property had been fluctuating in thematic and tonal approach. The most glaring example was the film MAN OF STEEL, the 75th-anniversary product celebrating this beloved character. The film was made with a conspicuous disdain for SUPERMAN: THE MOVIE, to say the least. But was this a good thing in the long run?

Read: Interested in DC Rebirth? Read our rankings for the best DC Comics of 2016!

Advocating for the constant emulation of Richard Donner’s 1978 superhero opus is an exercise in creative sluggishness. That being said, a pervasive attempt to avoid its legacy ultimately forced the franchise into a corner that made the movie seem considerably detached from the tonal and thematic roots of the character. This alienated fans and made the character seem like a Batman knockoff. 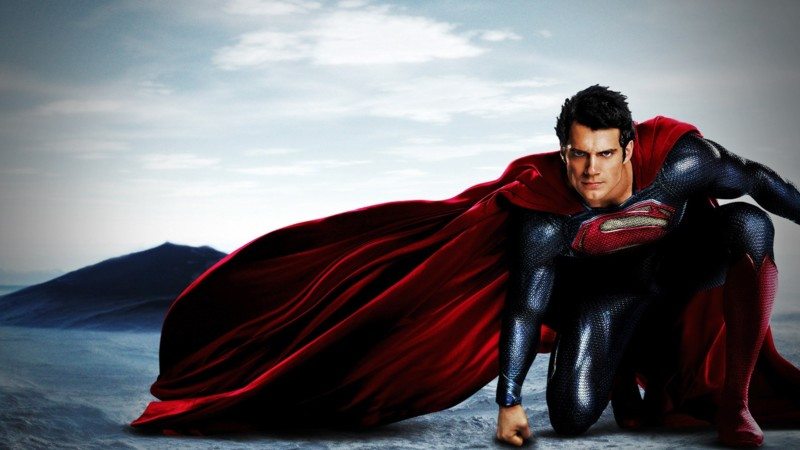 A new but flawed take-off

However, Superman is currently receiving a major revitalization in the Rebirth initiative. The details regarding Superman’s place in the current DC continuity can veer into the borderline esoteric. This is especially true when we consider that the current version of Superman hails from a previous continuity. That being said, it is a testament to the Rebirth mission statement that both SUPERMAN and ACTION COMICS are receiving great critical acclaim and fan approval.

While the Superman currently starring in both titles is the Pre-Flashpoint Superman that was married to Lois Lane, the books have received a creative adrenaline shot by adding Jonathan Kent, the son of Clark Kent and Lois Lane, the first canonical human/Kryptonian half-breed seen in DC Comics history. Many ELSEWORLDS comics had previously depicted a son of Superman but this is a huge step forward for the character. It has added a new wrinkle to the mythos and given the story of Superman a sense of forward motion, a rare feat in comics.

Although Superman is just one piece of the entire Rebirth movement, it is in many ways its beating heart and its mission statement incarnate. It presents a reconciliation of the past with the promise of a future heading into a genuinely uncharted creative territory.

The appeal of the halcyon days is not lost on me as both a writer and consumer. Things almost always seem better in hindsight and that is certainly true of so many beloved products in pop culture. But the past has a mirage-like tendency to seem much nicer than it ever actually was. Which isn’t to say that things were bad in their time. Quite the contrary, things are quite good in their time. We simply have a tendency to amplify this quality as time passes, often to the point where this appreciation can give way to a zealot-like reverence for something simply because it was important to us in the past. This is especially egregious when we refuse to acknowledge the flaws of a product because of this irrational appreciation.

This can give way to creative stagnation and blind acceptance of something simply because it appeals to that sensibility. This enables creators and curators to simply push any product into the cultural force without ever actually having to attempt the creation of original works. However, history has also shown that a blatant disregard for the legacy of a franchise can also damage it and alienate the most devout fans and fail to obtain new ones in its boldness. Geek culture and nostalgia are both a bad romance and a perfect marriage. Ultimately, it is through reconciliation of the past and the future that balance, and therefore success, are achieved.