LGBT representation in video games has been an uphill battle since the inception of the industry itself. LGBTQ+ youth have had to grow up without any meaningful characters that they could identify with. Any breadcrumbs of diversity we got were mere stereotypes that didn’t accurately reflect the community.

Not even role-playing games, offered us the chance to match our identities with our characters until DRAGON AGE came along. Role-playing games, formally known as RPG’s, are games that allow users to play hands on however they want. It is only in the last few years that the gaming industry has listened to our voices and given us gaymers more inclusive games with accurate portrayals of LGBTQ+ characters and our experiences.

The Best of The Best

DRAGON AGE, famous for its ability to provide freedom to the players to craft their characters the way they want, deemed fit with various romance options as well. What sets Dorian apart from the rest of the characters is that he was written to be the first exclusively gay character of the DRAGON AGE series. The other romance options were either straight, or bisexual for the main character and their backstories didn’t reflect any issues that LGBTQ+ players could resonate with.

Dorian Pavus was born into a powerful mage family in the Tevinter Imperium, a country where mages are the nobility. Being the son of a powerful aristocratic family, Dorian was expected to succeed in his magical education and continue the magic lineage by fathering a child with an arranged marriage. He rebelled in every way possible and became a pariah in Tevinter. After the first major events in DRAGON AGE INQUISITION unfold, we find out more about Dorian’s past when he is confronted by his father.

READ: What About Gay Representation in Anime? Look No Further!

When his father found out he was gay, he was told to marry the woman he was betrothed to in order to maintain a lie. When he refused, his father tried to use a blood magic ritual to make Dorian comply with his every wish, including turning him “straight.” Dorian speculated the ritual would have left him comatose instead and couldn’t bear the thought that his father would take the risk of tampering with his brain. The protagonist could encourage Dorian to reconcile with his father, who is seeking forgiveness and reconciliation or to remain estranged from him.

Dorian Pavus represents a very real fear of the horrors and trauma that many LGBTQ+ people experience when subjected to conversion therapy. First-hand accounts from survivors of conversion therapy, which can be found at the Human Rights Campaign website, often said that they were forced into it by their parents or close friends.  The methods involved included group counseling, forced celibacy, exorcisms, enforcing of gender stereotypes, and even so far as electro-shock therapy.

It’s important to refer to them as survivors since unfortunately, there is a high suicide rate among forced participants of conversion therapy. There’s a thin line between a blood magic ritual and the various methods of conversion therapy. Dorian also represents our perseverance, since his experiences have only made him stronger and he accepts himself even more. He’s motivated to return home after the events of Dragon Age and change the society of Tevinter.

Among the NPCs in DRAGON AGE INQUISITION, we have Cremsius Aclassi, preferred to be called Krem, and he is the first transgender character in DRAGON AGE. Krem, like Dorian, was born in Tevinter but instead grew up poor with his parents, who were tailors. They raised him as a girl though Krem knew he was different and would even pretend to shave with his father. Krem’s mother never attempted to understand him and by the time he was an adult, his mother pressured him to marry the son of a wealthy merchant to prevent the family from being sold into slavery. His father then sold himself into slavery after being put out of business to save his family.

Krem then joined the military and hid his status as a trans man since he would be treated as a woman otherwise and women in the military were restricted to non-combat roles. Krem bribed a healer with gold to keep his medical details secret. The healer was then dispatched to another unit and the replacement healer wasn’t as accommodating. The new healer reported and Krem and when he was discovered, Krem fled since it was a severe crime to falsify military documents.  Krem was cornered in a tavern and was rescued by Iron Bull, a Qunari mercenary, and spy.  What’s interesting is that we, as players, get to learn more about gender identity through dialogue with Krem and Iron Bull and the appropriate pronouns to use when referring to Krem. Needless to say that we will get on Iron Bull’s bad side should we disrespect Krem’s identity.

Over the holidays, the team at Blizzard surprised us with a holiday comic about the cast of OVERWATCH. It centered mostly on Tracer as she races to a store to pick up a Christmas gift before meeting up with Winston. The part that got the Internet buzzing was towards the end of the comic when the gift’s recipient was Tracer’s newly revealed girlfriend, Emily. Blizzard teased that at least one member of the cast of Overwatch was gay but left the community debating and connecting conspiracy theories to guess who it was. Plenty of ships were sunk that day when it was revealed that not only was Tracer queer but that she’s happily taken. Sorry about that, Tracer/Widdowmaker shippers.

Tracer being queer is perfect with Overwatch since we already have an incredibly diverse cast of characters to play as and Tracer adds more flavor to her already colorful character. The comic also didn’t treat it as some humungous reveal, just two gals showing love for each other and it’s portrayed as normal as Reinhardt spending Christmas with his children.

THE LAST OF US 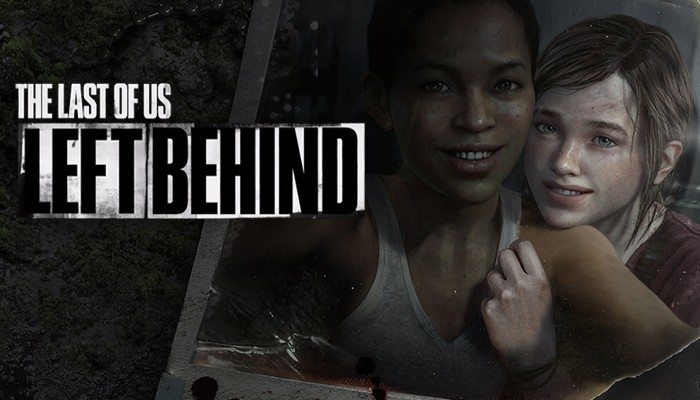 Looking ahead for 2017, we already have our eyes on probably the most badass queer female in gaming, Ellie from THE LAST OF US. Ellie was born and raised in post-apocalypse America and the game revolves around protecting her as she is the only one immune to the zombifying fungus that plagues the world.  The DLC, Left Behind, showed us what happened before the events of the first game, leading up to the circumstances of her getting infected.  We play as Ellie meeting up with her friend Riley in an abandoned mall, who surprises Ellie after a month-long absence.  We explore the tensions of their relationship as Ellie struggles with her joy of seeing Riley and the anger of her sudden disappearance.  The tension culminates in Ellie kissing Riley as they danced together in the arcade.

The creators later revealed that they always wrote Ellie as being gay. What makes her such an incredible character is that not only is she useful in battle at age 13, she’s the last bit of innocence and hope in a messed up world.  This correlates to the hope some of us in the LGBTQ+ community need in times of crisis. Even in a zombie apocalypse, Ellie and Riley can feel at ease in each other’s company as they play corny songs on an old jukebox.

Naught Dog recently revealed a trailer for The Last of Us 2. It takes place years after the first game and we will be playing 18-year-old Ellie who is now hardened by the world she grew up in. Already in 2017, we will have the first queer protagonist in what was rated as one of the best games of all time.

What Sets Them Apart

I mentioned earlier that Bioware games offer the freedom we crave when it comes crafting the stories of our avatars and romance options were no exception. The games offered plenty of other romance options but I omitted most of them since their orientation is best described as sexual attraction to the main character. These aren’t canonically queer characters but are there to align with however we want to play. While it’s great for player freedom, it doesn’t offer much in the realm of telling stories specific to the LGBTQ+ experience like Dorian. His backstory hits close to home since it relates so well to what we have in real life.

This contrasts to MASS EFFECT, who didn’t have any gay male romance options at all until the third game with Kaidan Alenko. Ironically, the face model for Kaidan, Luciano Costa, is gay in real life so it would’ve been perfect to have him be gay throughout the series. But I guess it’s more realistic to have a race of pansexual blue aliens that conveniently identify as female but not two human men love each other. By the end of the third game, both Kaidan and Ashley were bisexual for the main character and the game didn’t really explain how they got around to that…epiphany. 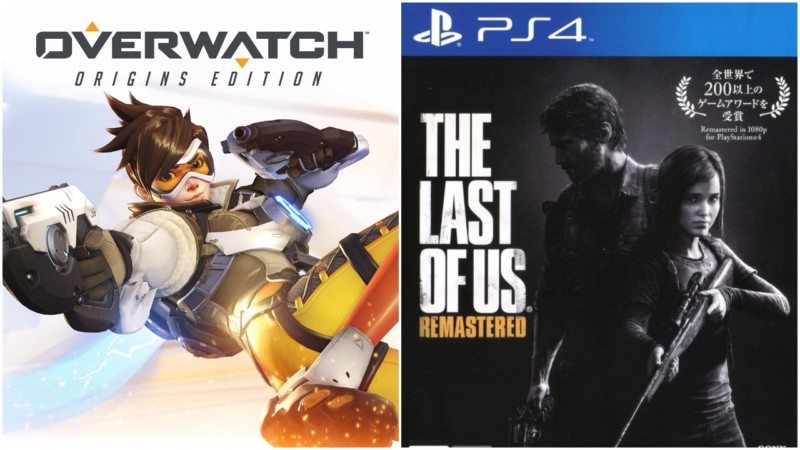 Going forward, Tracer and Ellie represent a new frontier of LGBTQ+ character being in the spotlight instead of being background characters or romance options. Queer gamers no longer have to look far to actually play as someone they can identify with. When we think of OVERWATCH or THE LAST OF US, it’s impossible to not think of these two as being the titular characters and hopefully, we’ll get more LGBTQ+ protagonists kicking butt this year.