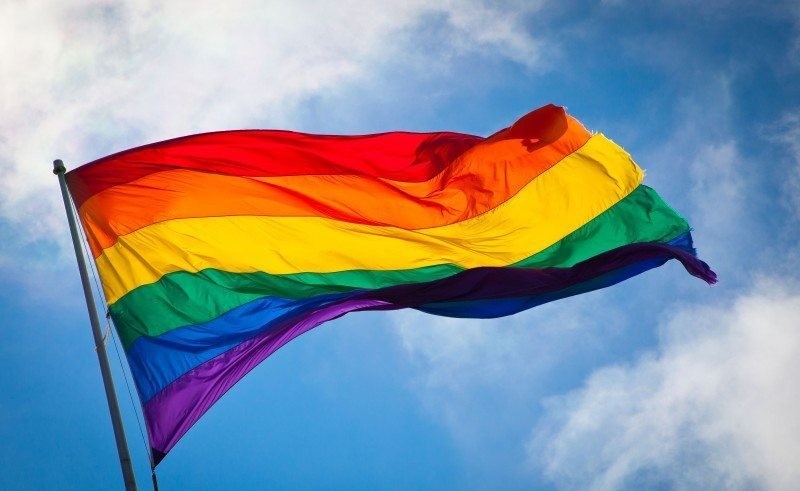 Last year, the Supreme Court rendered an opinion on the legality of gay marriage under the Constitution in the case Obergefell v. Hodges. To many, the major underpinning of the court case had very little to do with the institution of marriage, though. The arguments made by advocacy groups on both sides were more or less a shoe-horning of socio-political fury through a very specific court case. Those in favor of marriage equality argued that every citizen had a right to marriage, but this was underscored by the idea that gays deserved equal treatment and acknowledgement by the law in the U.S. Those opposed were those arguing in favor of the “sanctity of marriage” and the establishment that they argued marriage is the foundation of. But, the decision that SCOTUS gave for Obergefell v. Hodges had little to do with the freedom to marry, but instead functioned as a political vehicle to question the moral approval of homoeroticism in the U.S. While the expansion of marriage rights is definitely a step forward for widespread equality, it still suppresses relationships that are outside of the norm.

READ: How does Hulu’s THE PATH discuss ‘good’ and ‘bad’ bisexuality?

In that context, SCOTUS’s decision in favor of extending the right to marriage was interpreted as federal recognition of the gay lifestyle and alternative relationships. However, such an interpretation of the Supreme Court’s ruling actually ignores the very fundamental basis of gay lifestyle and what came out of SCOTUS’s decision. Homosexual relationships are, in fact, different from heterosexual ones, and that line of thought can be extended to homosexual lifestyle. The most obvious but overlooked reason being that same-sex relationships are marked by a distinct lack of the opposite sex, hence the term “same-sex.” It’s a fact that at this point seems so obvious that in the struggle to receive equal recognition it is often overlooked. Much of the rhetoric employed in favor of gay marriage were spins on the phrase “love is love” which, while nice it its sentiment, implies that all relationships, regardless of the participants, are the same. It’s a phrase that gives credence to the Supreme Court’s decision, which reaffirmed that those relationships that differ from the norm, like gay relationships, must be expressed through heteronormative rituals, like marriage, in order to be considered valid.

The fact that gay and straight relationships are fundamentally different is not reason to deny them the right to marriage, as many conservative groups continue to argue. It should, however, give reason to pause and consider the ramifications of such a fact. In straight relationships, there is a certain expectancy to fulfill gender roles which alters the dynamic of the relationship. Women are expected to be more submissive than men while it is expected of men to be more dominating and powerful. This comes in a variety of intensities, but those are generally the expectations. Such a power dynamic does not exist in gay relationships, though, because both partners are of the same sex. 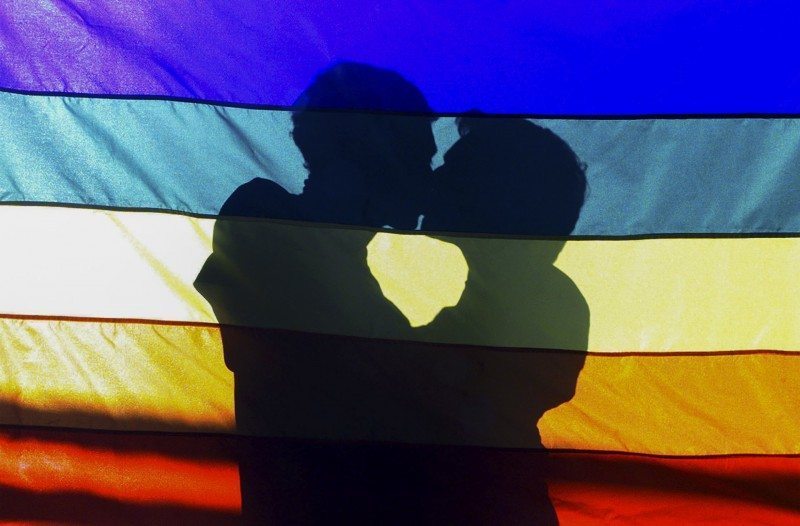 As a result, an innate part of gay relationships is the opportunity to be fluid in your gender expression through experimentation along the spectrum of masculinity and femininity as there are no specifically predetermined gender-power roles to fulfill. The expectation itself to inhabit such rigid gender roles even influences heterosexual relationships. An intrinsic element of queer theory is the idea that the gender binary (male and female gender designations) is a limiting concept that suppresses the human urge to explore your sexuality. In short, it argues that there are differences between heterosexuals and homosexuals and that that ought to be recognized regardless of how it is expressed. It is a critique of heteronormative society that at the same time acknowledges that there are distinct differences between heterosexuals, homosexuals, and the romantic and sexual relationships they take part in. This goes without making mention of the fact that the gay community has grown largely outside the mainstream establishment that straight relationships inhabit.

Similarities can be drawn to other historical social movements that have also had waves of successful social progress. With feminism, they achieved the right to vote, then to divorce, now there is the right to being able to have an abortion. All of these are important steps to the community without a doubt, as gay marriage is to the gay rights movement. What can be taken from feminism is that regardless of the steps taken by previous generations, there is still work to be done in the achievement of equality. The same can be said of the gay rights movement. Thankfully, those that came before fought against the criminalization of homosexual acts and fought against AIDS indifference. Marriage is certainly a win for the movement, but it should not be the final hurdle, as it does not actually reflect an acceptance of homosexual and other “deviant” relationships. What the extension of marriage does is perpetuate the idea that marriage is the only valid social method of romantic and sexual expression regardless of who you are.

READ: What SAGA Can Teach Us About Modern Day Relationships

Bearing all this in mind, Obergefell v. Hodges’s decision is not about the moral approval of homosexual lifestyle. It is about the approval of homosexuals whose relationships fit the heteronormative standards of traditional marriage. That isn’t to say that it is wrong for gay couples to seek institutionalized marriage, but it is important to recognize that as landmark of a court case Obergefell v. Hodges was, it is not the broad social acceptance of gay culture that it is made to be. There’s still a rush of excitement and social eroticism that surrounds the mention of a gay couple or someone coming out which stems from the fact that, despite how far the gay rights movement has come, it is still a deviant social minority.

What the extension of gay marriage does is further reinforce the rejection of non-traditional relationships in the U.S., whether those be gay or straight, by attempting to assimilate them into mainstream culture. It is being gay on straight terms. Acceptance of socially deviant relationships would be allowing for unwed couples to visit their spouses in the hospital or to receive benefits from those that have lived together for years without requiring marriage. If anything, the extension of gay marriage is further reaffirmation that the U.S. does not tolerate any relationship that deviates from established norms. It says that in order to be accepted and acknowledged as valid, alternative relationships must conform to the same prescribed rituals as traditional ones. 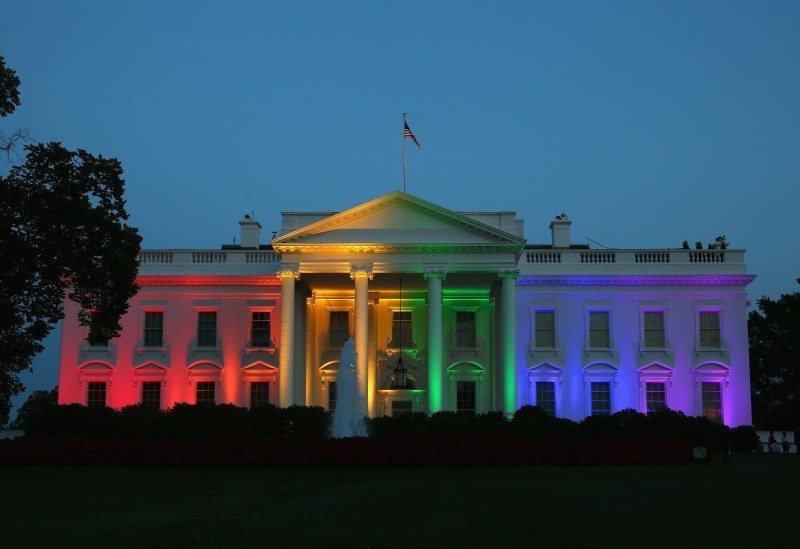 Nearly one year out, where has Obergefell v. Hodges taken us? Gay couples can marry now, but they are hardly any more equal than before. It’s dangerous to misinterpret the climactic arrival of gay marriage as a celebration of acceptability as it disregards the history of the LGBTQA community. Obergefell v. Hodges was not a victory for the gays so much as it was a victory for marriage as a foundational institution of U.S. society. It didn’t redefine it as conservatives claimed it had, but loudly reaffirmed it.

The overwhelming adoption of gay marriage as such a victory threatens to halt the momentum of a movement that is still vibrant and alive. There are still battles to be won in the arenas of gender rights, a foundational unit of the LGBTQA community, and battles in education as non-heterosexual sex education is still woefully under-represented, among many others. Decreeing gay marriage as the final frontier that has been conquered is not only ignorant, it is a dishonor to those who came before and fought for visibility to their dying breaths. It is a consolation prize that could silence the voice of a minority group that is the loudest it has been in decades. Instead of quietly accepting the extension of gay marriage, Obergefell v. Hodges’s ruling ought to be used as fuel to enact greater, more profound change in the way the U.S. perceives and interprets alternative lifestyles.