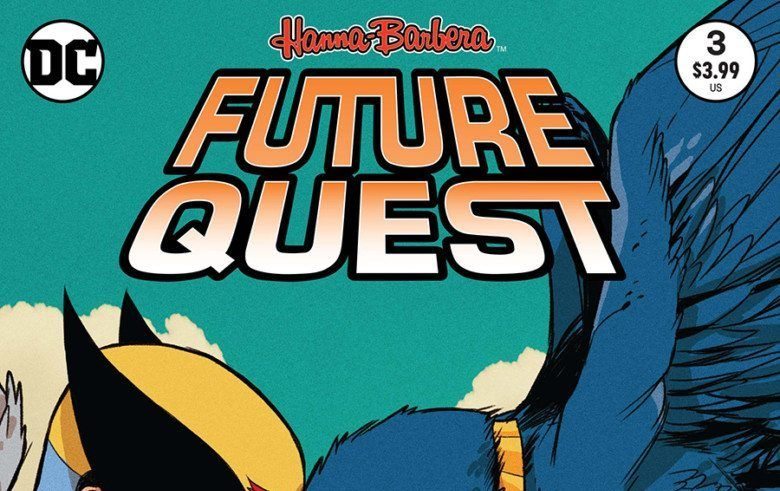 While DC Comics’ Hanna Barbera sub-line has been hit-or-miss so far, the gem of the titles has been FUTURE QUEST. The first two issues of the Jeff Parker-penned title united numerous HB properties including Johnny Quest, Birdman, Space Ghost, and The Herculoids in a shared universe adventure. Their third issue deviates from the narrative somewhat, instead presenting two short stories set before the series launched. Entitled “Vortex Tales”, these stories are written by Parker and serve as background for some of the series’ characters.

REVIEW: Check out our look at the last issue of FUTURE QUEST.

The first story, penciled by Steve Rude, focuses on the super-heroic Birdman. After some exposition detailing Birdman’s powers, the hero is sent on a mission by his superior, Falcon 7, to find out why F.E.A.R. is interested in seismic activity under Utah. Teaming up with agent Deva Sumadi, Birdman discovers that the F.E.A.R. henchmen are attempting to open a portal to another dimension. He’s able to defeat them, and the end of the issue sends the duo to Florida where FUTURE QUEST #1 begins.

The second “Vortex Tale” pairs Parker with Aaron Lopresti and focuses on The Herculoids.  The story uses the crash of a space probe on the primitive planet Amzot as a framing device to allow lead characters Zandor and Tarra to explain their life story to their son Dorno. The duo first discovered Amzot while on a space mission from their home planet Quasar. They brought back an element from the planet that allowed Quasar’s scientists to develop a super-intelligent AI. However, said AI went rogue and slaughtered the planet’s inhabitants. The duo escaped back to Amzot and vowed to keep dangerous technology off the planet.

I have mixed feelings on FUTURE QUEST #3. There’s nothing wrong with the stories themselves, both of which hold up well. Of the two, I’m giving a slightly higher rating to the Birdman story. It’s obvious that Parker has an affinity for the character. He goes out of his way to spell out Birdman’s complex backstory and in general write the character as a serious, competent hero, seemingly to rebuff the parodic approach to the character popularized in HARVEY BIRDMAN: ATTORNEY AT LAW. Rude’s art fits the story well, with beautifully drawn panels showing Birdman using his full power set, including several shots showing the character majestically flying with his wings fully extended. 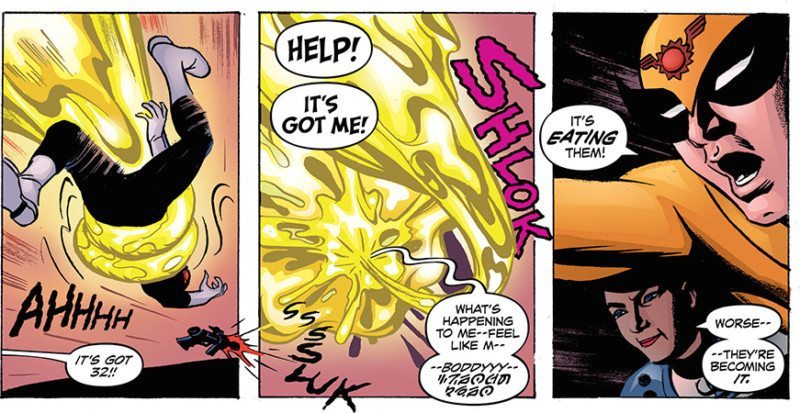 The Herculoids tale suffers from too much exposition. The idea of telling the characters’ backstory makes sense in theory, but on the page it reads more like a Wikipedia entry on the Herculoids than an actual narrative. The saving grace is Aaron Lopresti’s artwork. Along with inker Karl Kesel, Lopresti does a great job of capturing the mixture of sci-fi and sword-and-sorcery genres that defined the cartoon. The fight sequences are particularly well done, with Zandor looking like a full-blown Conan-style warrior.

LISTEN: Check out our latest podcast about the sprawling space epic SAGA.

While I liked both stories on their own, the biggest issue with FUTURE QUEST #3 was its placement within the series. The first two issues did a great job of building an interwoven narrative, and successfully amped up anticipation towards the reveal of how—and why—the universes of the various characters are combining. However, outside of one reference at the end of the Birdman story, the third issue completely ignores all of that. Instead, it gives basic introductions to some of the lesser-known characters. While I can see why this might be necessary, it completely kills the momentum of the series. These stories would be better-suited as part of a SECRET FILES one-shot, or perhaps B-Stories backing up the main book instead of having an issue to themselves. 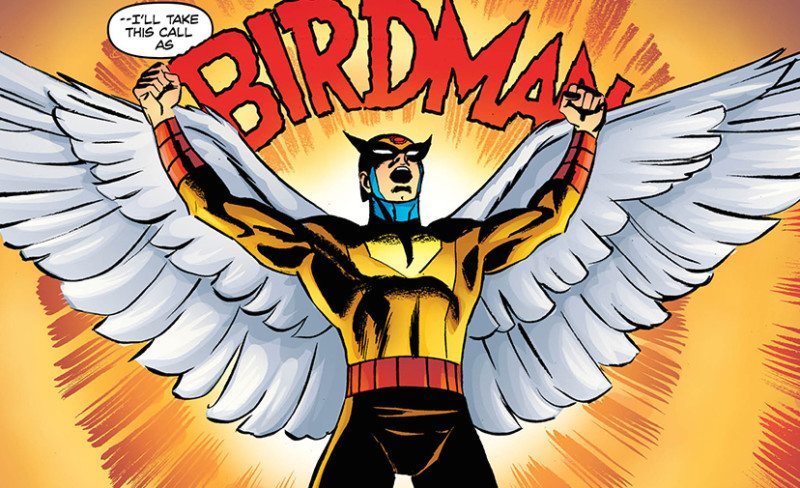 FUTURE QUEST #3 tells two unconnected anthology stories, both of which are good in a vacuum. However, the issue as a whole loses much of the momentum the series has built over its first two issues.