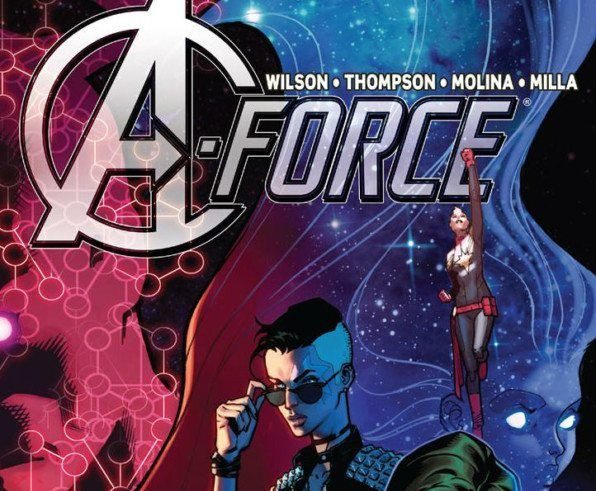 A-FORCE is one of my favorite Marvel teams. The concept is simple–take all your favorite badass super-women in Marvel and put them all on one team to save the universe from impending doom.

This team is made up of Medusa, Dazzler, She-Hulk, Captain Marvel, Nico Minoru, and Singularity, but they weren’t always this squad of heroes. In the beginning of this first volume, the only one who has any memory of them as a team is Singularity. After the events of Secret Wars, Singularity awakens on Earth to find that none of her former teammates remember her. What’s worse is that Antimatter, a being composed of its namesake, is bent on destroying all matter in the universe. This first arc focuses on A-Force reassembling the team that fought together in the Secret Wars.

READ: Want more feminism? Check out our look at empowering women in A-FORCE!

What appealed to me most about this first arc is that the team comes together slowly and with many difficulties. The story would be much less engaging if they all simply teamed up with each other upon sight to beat Antimatter. They lock horns because they come from different teams. Nico is a Runaway. Medusa is an Inhuman, Dazzler was with the X-Men, and She-Hulk and Captain Marvel were both Avengers. 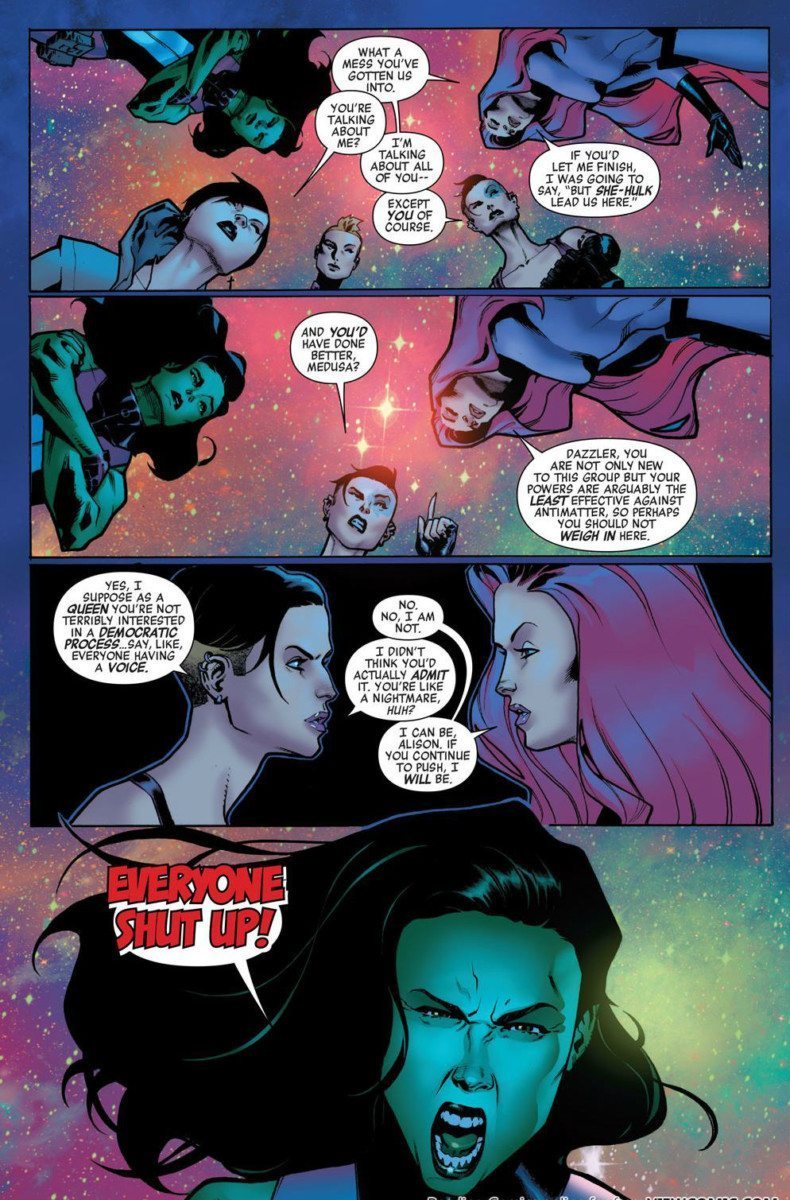 Despite this, they are able to work as a unit. Throughout their journey as individuals becoming something greater than themselves, they are all supported by their friendship and humor. The team realizes that Singularity is the key to defeating Antimatter because the two are essentially opposites. But this also means that killing Antimatter spells death for Singularity. In a daring move, Medusa places a bomb in Antimatter to destroy it and Dazzler uses a dimensional teleporter to pull Singularity out of harm’s way.

The real fun of the comic is watching the team dynamic. Each member uses their abilities in different ways to acheive a shared goal. The story itself is pretty simple–giant monster shows up, destroys some stuff, and the team scrambles to assemble until they realize how much they need each other to face a common threat. It’s all about watching the characters interact.

I’m really happy this book exists because it’s empowering for women and girls everywhere. There have always been superheroines like Wonder Woman and Black Widow, but this comic is unique in the way it shows all these women from different backgrounds in the same spotlight in a comic as their male counterparts. There have been all-male teams in the past, why not an all-female team?

READ: Ready to go back in time? Check out our review of A-FORCE #1 here!

I wouldn’t say that this book is revolutionary because of its reliance on a simple plot. But it is great to see so many of Marvel’s women represented in a comic, and these plots give them the space to do that. That’s all they really need–a venue where they can let loose. In addition, the book is fantastically drawn. All of the characters’ facial expressions add another layer to the quick-wittedness of the characters. The space backgrounds are spectacular.

I definitely recommend this book to people who are itching for more representation of women in the superhero genre. It shows how much comics have progressed in our lifetime–and I’m happy to say that I’ll be reading where it goes. The women in A-Force don’t answer to any man or act catty around each other–they’re all interesting and strong characters who are also women. It’s almost like women are people or something. It’s a comic that shows the power of this medium by providing good role models. Young boys had the Avengers to look up to–now young girls have A-Force. That’s the world I want to live in.