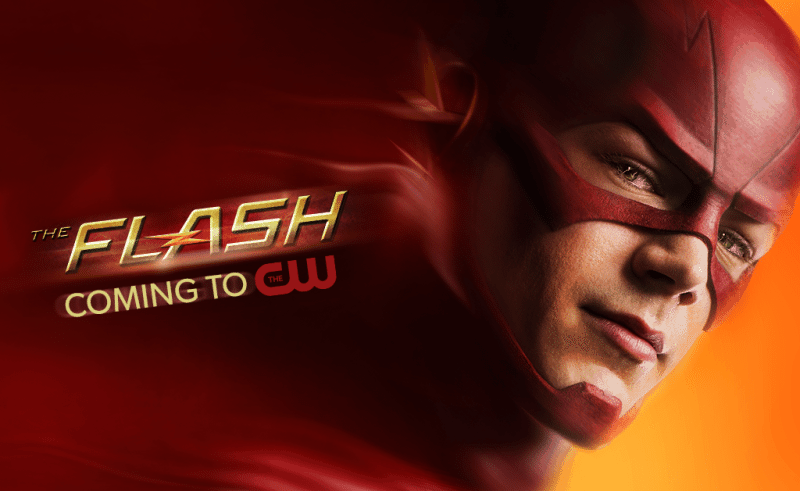 When the Pilot of The Flash was “leaked” earlier this year, I had a theory that the creators of the show actually wanted the world to see it. This first issue of The Flash Season Zero supports that theory. The comic takes place after the events of the Pilot but before episode 2.

In the issue, a pillar from a bank is about to crush the Flash. He jokingly remarks how he couldn’t be narrating this story from the future if he were dead (Barry clearly hasn’t read Sin City). We then see a recap of the main points of the Pilot, introducing us to his Flash team; Cisco Ramon, Caitlin Snow, and Harrison Wells. The comic does a good job of informing new readers to the Flash while also not boring readers who already know of the Flash’s origin.

Flash takes on a super villain known as the Strongman, and this is the first time we get to see the Flash actually behave like the Flash. From making sarcastic remarks about the Strongman’s handle bar mustache to mocking his opponent’s slower speed, this is the Flash people want to see.

Seriously, your name is “Strongman”?

Unfortunately, he gets taken down rather quickly, and Barry Allen returns with his Peter Parker-esque personality. Despite having superpowers now, he still stumbles awkwardly around his crush, Iris. Throughout the issue Barry reflects on how much his life has changed since he has become the Flash, and isn’t sure whether or not it’s a good thing. He eventually goes back to HQ to heal and we get to see him interact with his Flash team. His team has some amusing chemistry but they’re obviously still getting to know each other. I look forward to seeing how they grow and develop as a unit in the future.

As for his villain, he wasn’t developed enough for me to have any real opinions on him. His whole purpose of breaking into the bank was to steal a key to a safety deposit box. The Strongman gives the key to who I assume is his boss at the circus (Strongman works at the circus, go figure). We also see another villain who is clearly evil because of the two serpents she has on her. To make matters worse, she also appears to have the ability to control other animals. At the end of the issue she goes to a zoo and sends all the animals in there on a rampage through the city! It’s an exciting end to the book, and sets up for an interesting second issue.