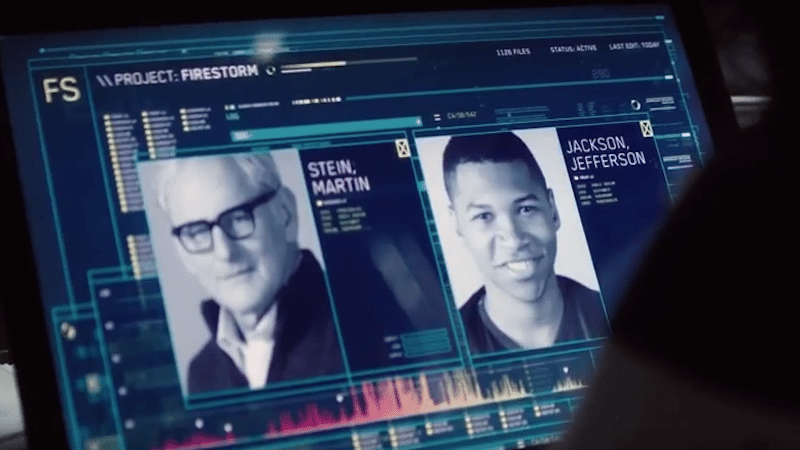 READ: Wanna catch up on THE FLASH? Check out our review from last week!

Last episode, Prof. Stein was suffering tremendous amounts of pain and emitting flames from his body, and Caitlin and Cisco realize that the dark matter within Stein’s system is becoming unstable without a partner to balance it out. So they set out to find a suitable partner for Prof. Stein to merge with, and they narrow it down to two individuals; Henry Hewitt and Jefferson ‘Jax’ Jackson.

Caitlin initially believes that Hewitt is the better option because he is a scientist. However Barry disagrees, Jax is far more athletic and he’s no slouch either in terms of intelligence, and he received a 4.0 in high school. The character of Firestorm is usually the combination of brains meets brawn, so it would make more sense if Jax merged with Stein. Except when Barry tries to convince Jax to come to STAR labs he refuses. Jax blames the particle accelerator explosion for breaking his leg forcing him to lose his football scholarship and ruining his chances at getting into a good college.

LISTEN: DC fan? Learn all about Jason Todd/Red Hood in our podcast!

Caitlin has much better luck with Hewitt; he is excited to be a superhero and fuse with the legendary Prof. Stein. Unfortunately the two individuals are unable to merge, which results in Hewitt getting upset at Caitlin for getting his hopes up. Hewitt storms out of STAR Labs infuriated at the situation, while unknown to the Flash team they activated the Firestorm Matrix within Hewitt. It does not take long before Hewitt realizes what he can do and wishes to take his anger out on the Flash team for doing this to him.

It is amazing how careless the Flash team is about revealing their ‘secrets’ to people who could potentially join them. They knew only one of the two individuals would officially join their team, and yet both now know the team secret. Speaking of secrets, it would appear that Iris’ mother had kept a couple secrets herself. 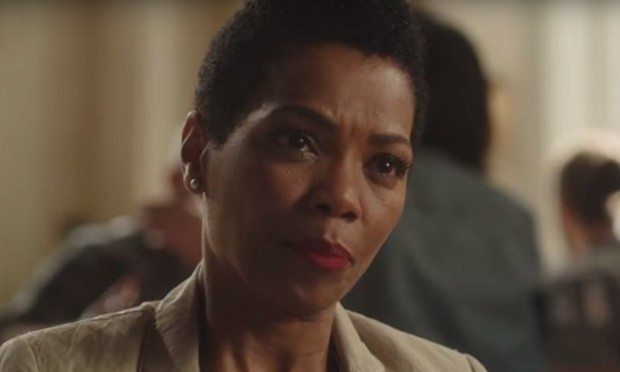 After the meeting with Iris and her mother goes less than stellar (Iris told her mother that she and Joe don’t need her) Iris’ mother tells Joe that she has McGregor’s, a side effect from her drug abuse. Francine only has till the end of the year to live and wants to have a relationship with daughter before it’s too late. Joe informs Iris of this news, and she is skeptical, so she investigates the situation. Iris agrees to meet with her mother again at Jitters, alone this time. Iris tells Francine that she found out that she is dying, but she also found out something else. After leaving Joe and Iris, she had a baby boy 8 months later! It is unknown if the boy is Joe’s or not, but one thing is clear–that boy is Wally West and he’s Iris’ brother! 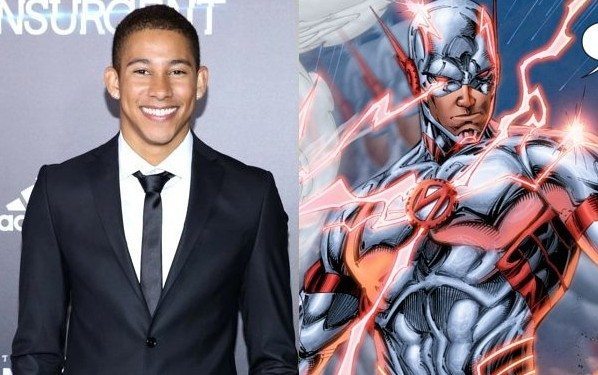 The relationship between Wally and Iris in the comics is as a nephew and aunt, but in the show a brother and sister connection makes more sense. Joe had no children other than Iris so that pretty much closed any chance of her having nieces or nephews. Iris is hurt that her mother is still keeping secrets from her and Joe despite stating that she wants to form a relationship with them. I predict that Iris will forgive her mother and she will be welcomed back into their lives along with her son. Except, the huge spectacle that Iris made about keeping secrets and being honest is definitely going to bite her in the butt. Iris and Joe are keeping some pretty huge secrets from Francine as well. Joe even keeps some secrets from Barry while on an investigation with Patty at Mercury Labs.

Dr. Tina McGee calls the CCPD after a break-in at her facility. She tells Joe and Patty that the theft was none other than Harrison Wells. McGee says that she always felt the circumstances involving Wells’ death were suspicious. She also says that the most interesting part about seeing Wells again was the fact that he was walking. Joe asks Patty not to tell Barry about the return of Harrison Wells because he was the man who killed Barry’s mother and he has enough to deal with right now. Once Patty sees Barry she demonstrates her complete lack of skills when it comes to lying and keeping secrets. Barry notices this, but he chooses to ignore it because he needed to give her the results of the tooth Patty found at the scene of a crime. She believed that it could belong to a metahuman that was a humanoid shark (King Shark?). But Barry shatters the dreams of nerds everywhere when he reveals that the tooth was actually human and not a shark. 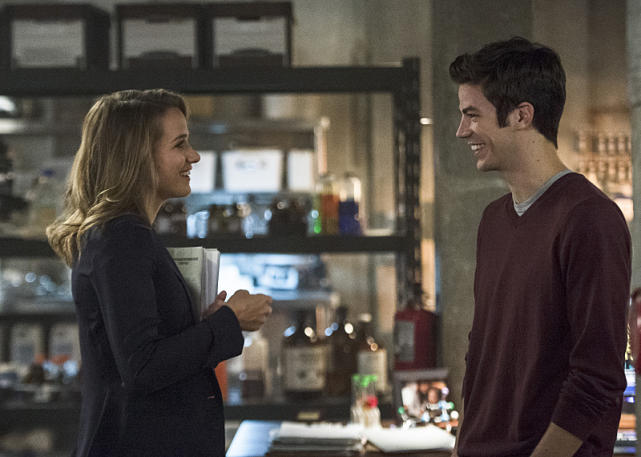 Back to the Firestorm conundrum, Jax decides to visit STAR Labs and see what they have to offer him. They explain all about Firestorm and how he could be a potential match for Prof. Stein. Jax is immediately turned off the idea of being half of one person. It also didn’t help that Caitlin chastises Jax for not going to college even though he had the grades for it. She accused Jax of being a quitter who gives up as soon as things get too difficult. Hurt by this Jax leaves and heads back to his job at the auto body shop.

Caitlin feels guilty for hurting Jax’s feelings, so she visits him at work. She then proceeds to tell Jax that even though the particle accelerator took away his chances of going to college, it did give him the opportunity to be a part of something bigger than himself. She believes that Jax was meant to be a hero. Suddenly Hewitt arrives and attempts to kill Caitlin with his fire power! Jax manages to knock him out with a car part he found on the floor. He and Caitlin leave and head to STAR Labs. Once they arrive, they see Stein is suffering even more from his lack of a Firestorm partner. Finally, Jax agrees to merge with Stein. Cisco gives Jax a quick lesson on how to fuse and preps him. The fusion is successful, and just in time too because Hewitt is absorbing power at the same stadium where Jax had his accident. 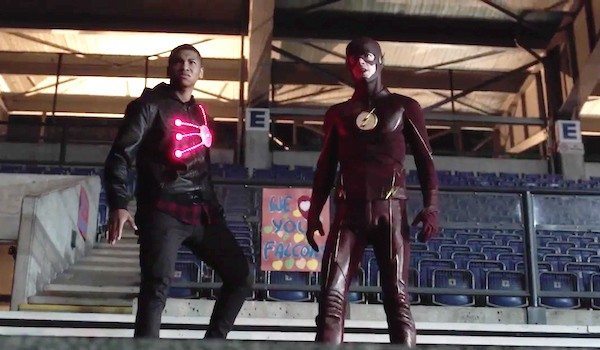 Flash and Firestorm 2.0 head over to the stadium to deal with the situation. Initially Jax has difficulty using his new powers, but thanks to Stein’s coaching in his head he manages to gain control. Caitlin has the idea that if Hewitt gets angry enough his fire will eventually go out. So the Flash and Firestorm 2.0 begin to taunt Hewitt. This humorous Flash is one that we rarely see on the show, so I thoroughly enjoyed watching him taunt his villain. Eventually Hewitt’s flame goes out in a fiery explosion. The Flash team decides to put Hewitt in the pipeline until they can figure out what to do with him. Is anyone else concerned with how liberal the Flash team is with putting people into the pipeline now?

Stein and Jax decide to leave for Pittsburgh to talk to Stein’s colleague to learn how to control the Firestorm matrix better (They better come back with a new costume because the whole jacket hoodie outfit is getting old.) Before leaving Stein tells Cisco that he shouldn’t be afraid to tell his friends about his metahuman powers. Cisco agrees that he will tell them, so he can learn more about his ability. 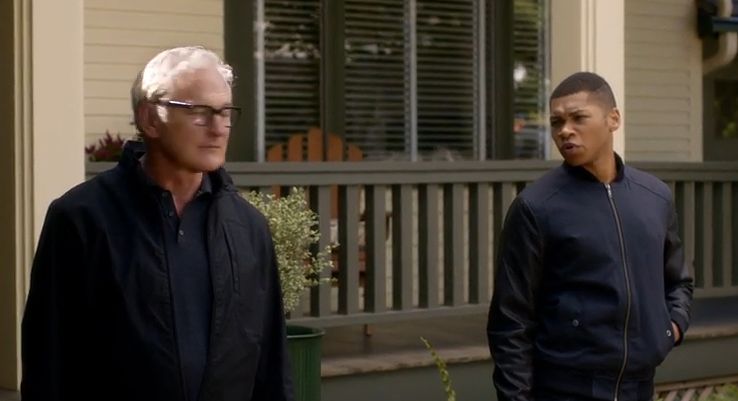 The end of this Flash episode is without a doubt the most memorable ending I have ever seen. Barry as the Flash does his nightly patrol and monologues in his head about second chances connecting all of the shows plotlines together with that theme. He stops in front of Jitters and watches Patty from the window. After internally saying that he needs to grab the people he wants most in his life, a giant fin hand grabs him!

The combination of the incredible special effects with the shock value of seeing King Shark on screen made for one unforgettable end to an episode. But wait there’s more, Patty sees King Shark strangling the Flash and tries to take him down. Her bullets have no effect on the ten foot tall humanoid shark (no surprise there) but then a bright blue light hits King Shark knocking him out! The Flash chases after the hooded man who saved his life to find out who he is. 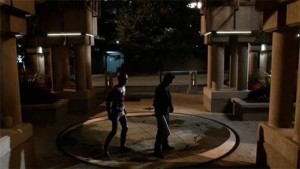 A good episode with a phenomenal ending. I am however a bit disappointed in the Jeffrey Jackson character. After all the secrecy surrounding his character he just ended up being the replacement for Ronnie. Whether his status as Ronnie replacement will be permanent is unclear, fans will have to watch and find out. Till next time Flash fans!