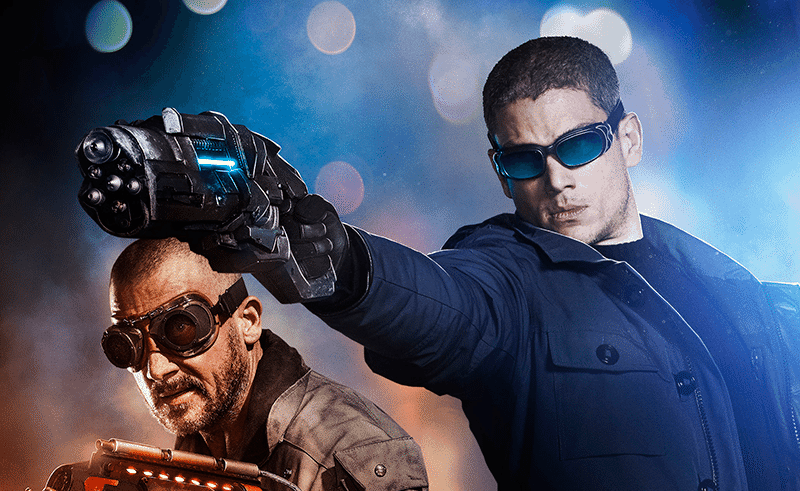 Fabio’s Flashbacks – The Rogues are Back in The Flash Season 1 Episode 16, “Rogue Time”!

The Rogues are back and this time they brought a new member, the Golden Glider (Lisa Snart). Of course the main storyline that everyone cares about is the time travel story. By now everyone knows that last week the Flash went back in time to the beginning of the episode, thus rewriting everything that happened in said episode.

This episode kicks off with Barry being told by Cisco via earpiece to go to the morgue to investigate the murder of the coroner. While there, Barry is experiencing déjà vu and Joe notices that something is different about Barry. This causes some internal conflict within Barry because he is unsure if he should change the course of history and if he does, what will be the lasting effects? Harrison Wells (Eobard Thawne) immediately notices that this Barry Allen has traveled back in time and warns him of disrupting the timeline. He tells Barry to act out the day as he previously did in order to not disrupt the timeline. 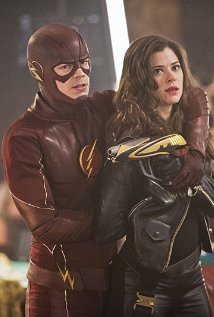 Ultimately Barry decides that the bad outweighs the good in the previously timeline and changes it. Since he knows that Mark Martin is in his hideout, the Flash ambushes him before he can kidnap Joe or paralyze Captain Singh. Harrison scolds Barry for changing the timeline and is adamant of him not doing it again. This is interesting to me because after last episode, I was under the impression that Eobard wanted Barry to time travel so that he may return home. Why was he so against Barry time traveling?

Meanwhile at STAR Labs, Cisco tells Caitlin about his family problems with his brother Dante. Dante is a piano player and the family favorite, whereas Cisco is the misunderstood neglected younger sibling. Cisco brings Caitlin to his brother’s dinner, and Dante proceeds to hit on Caitlin. She obviously rejects his advances due to the way he treats Cisco; he’s a conceited jerk. This storyline plays out the way you’d expect it to; Dante reveals that he was secretly jealous of Cisco and his successful life. He does act to redeem himself and ultimately the experience of being captured by the Rogues brings the two closer together. 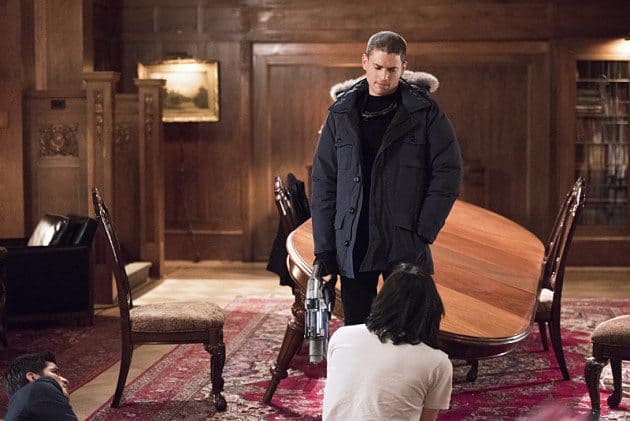 Speaking of the Rogues, while at a bar, Barry tells Cisco that he plans on moving forward with his love life with someone new (Iris). In the previous timeline, Iris confessed her love for Barry, and they shared a kiss. He is confident that he will finally be able to start a relationship with her, so much so that he breaks up with Linda Park! Then Lisa (in disguise) shows up and begins to flirt with Cisco. She seduces him to come to her apartment. Upon arrival, she reveals herself, then Captain Cold and Heatwave tell Cisco to build more weapons for the Rogues. Cisco complies after he sees Dante is also held hostage. I believe Cisco made Golden Glider’s weapon turn her victims into gold, or some kind of material that is colored gold.

In the love portion of our story, Barry has invited Iris to go for coffee at Jitters. Barry once again confesses his feelings for her and states that he knows she has feelings for him too. Since this isn’t the same Iris from the previous timeline, who believed she was going to lose her father, she rejects Barry once again. Iris leaves upset, claiming that she loves Eddie and there’s nothing that’s going to change that. I assume that Iris told Eddie what happened between her and Barry, because when Barry meets Eddie at the crime scene of the Rogues’ heist, he punches Barry! A distraught Eddie tells Barry to stay away from Iris and that he thought they were friends. Caitlin ends up fixing this by making up some disease that Barry got from being struck by lightning, Lightning Psychosis, so the love portion gets tied up nicely. However, Barry isn’t off the hook just yet.

So, while no one in the Flash Five died this episode, there was still a substantial amount of bad to come from this episode, including Cisco revealing the identity of the Flash to Captain Cold! In his defense, Cold did freeze Dante’s fingers, thus threatening to end his piano-playing career. Cisco felt so guilty for betraying his friend’s trust that he decides to leave STAR Labs. In an interesting turn of events, Harrison Wells brings Cisco to the arc reactor, the same location where he killed Cisco in the previous timeline. While there, he tells him that this reactor symbolizes that we all make mistakes because we’re human. Harrison even says that Cisco has shown him what it feels like to have a son! This time, though, he isn’t killing him while saying it. 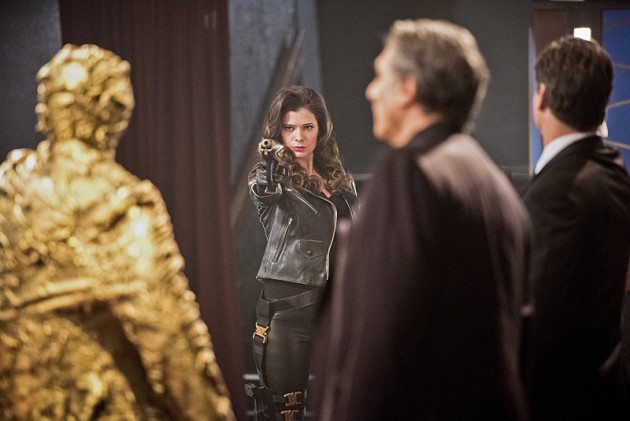 The final moment of every Flash episode is my favorite because they always hint at bigger and better stories to come. This episode was no different; after the Flash stops Captain Cold, the two have a discussion. Cold agrees to not kill anyone in order to get what he wants, and the Flash agrees to let him go, but promises to be right there every time he plans on committing a crime! It seems that the two have developed a rivalry, very similar to their relationship in the comics. Then there is the return of the Reverse-Flash who stops Mason Bridge from making his article, which would expose Harrison Wells, go live. He then vibrates his fist right through Bridge’s heart! The biggest moment of the episode was with Barry and Joe. Barry calls Joe into his office and tells Joe that he believes that he’s right about Harrison Wells, and he resolves to find out his connection to everything (his mother’s murder, the missing Stag and Bridge, and the Reverse-Flash).

Next week we have double trouble: the Tricksters of the past and present will collide, causing a whole new mess of problems for the Flash Five. I’m looking forward to seeing where these storylines take us. Till then Flash fans!